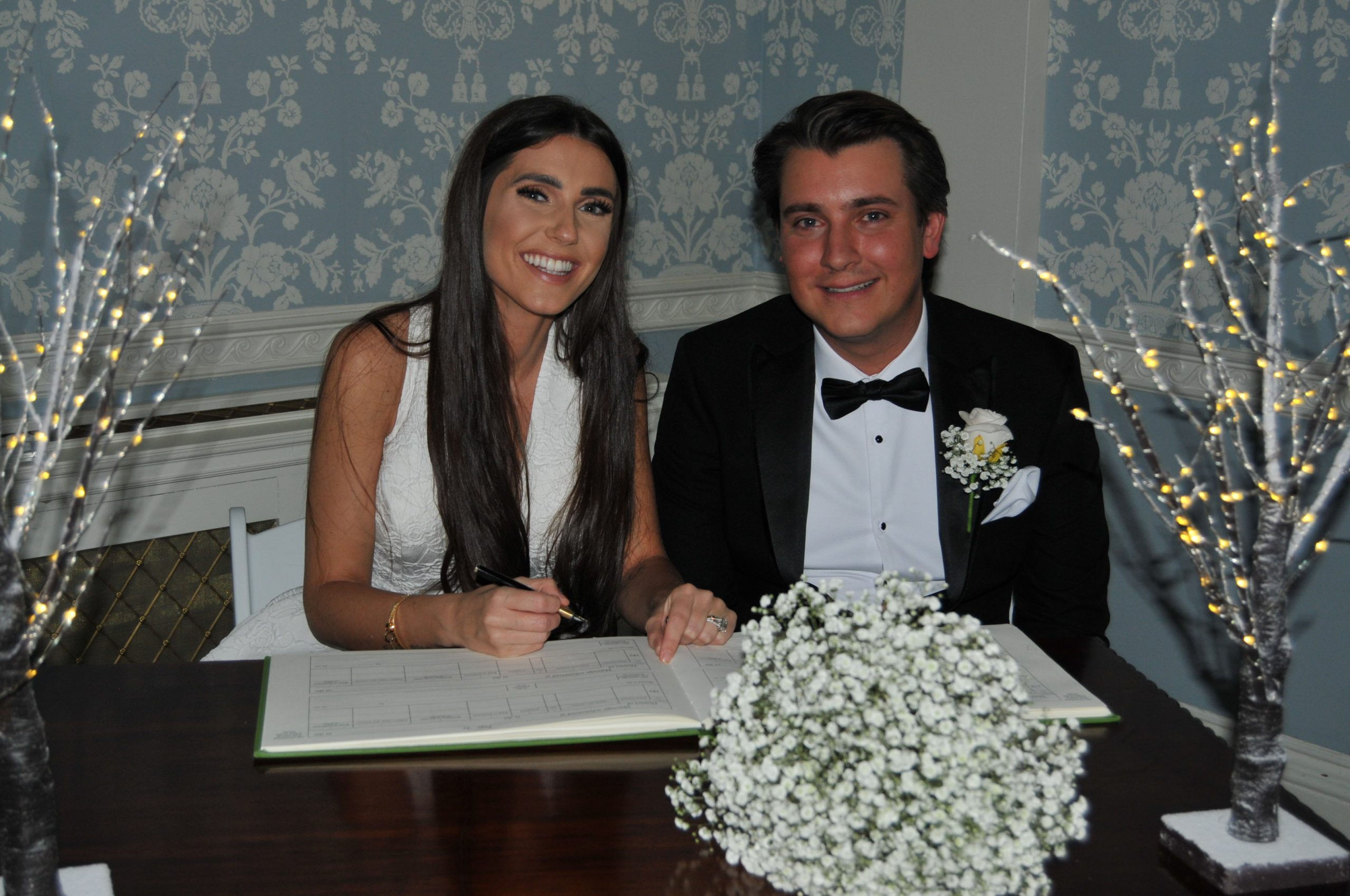 “So my sister decided to call 10 Downing Street, I don’t know what she expected. As if Boris was going to answer the phone,” Rebecca laughed down the phone to me.

Rebecca Fowls and Billy Green were due to get married on December 20, 2020, but their plans came crashing down suddenly as it was announced at 5:00 pm on December 19 that Essex will be going into the Tier 4 lockdown, at midnight.

The panic was surreal and the couple were left wondering what will happen to their big day.

Rebecca, 29, and Billy, 32, have been together for seven years and share two children together. They originally planned to get married in 2022 but due to the pandemic, they decided to get married in a registry office as they shared a new perspective of not wanting to wait and getting married sooner.

They booked the ceremony in Langtons House and Gardens in Hornchurch, Essex which is also where they regularly walk around and they registered their children at this venue when they were born, therefore it is a sentimental place to the family.

Throughout the briefing of the newest lockdown Tier 4 restrictions, there was no mention of weddings and if they could still go ahead with limited guests or if they couldn’t go ahead at all.

“The Mirror newspaper said that weddings could go ahead but with only six people, so we kept refreshing the Government website, there was no information at all,” Rebecca exclaimed. 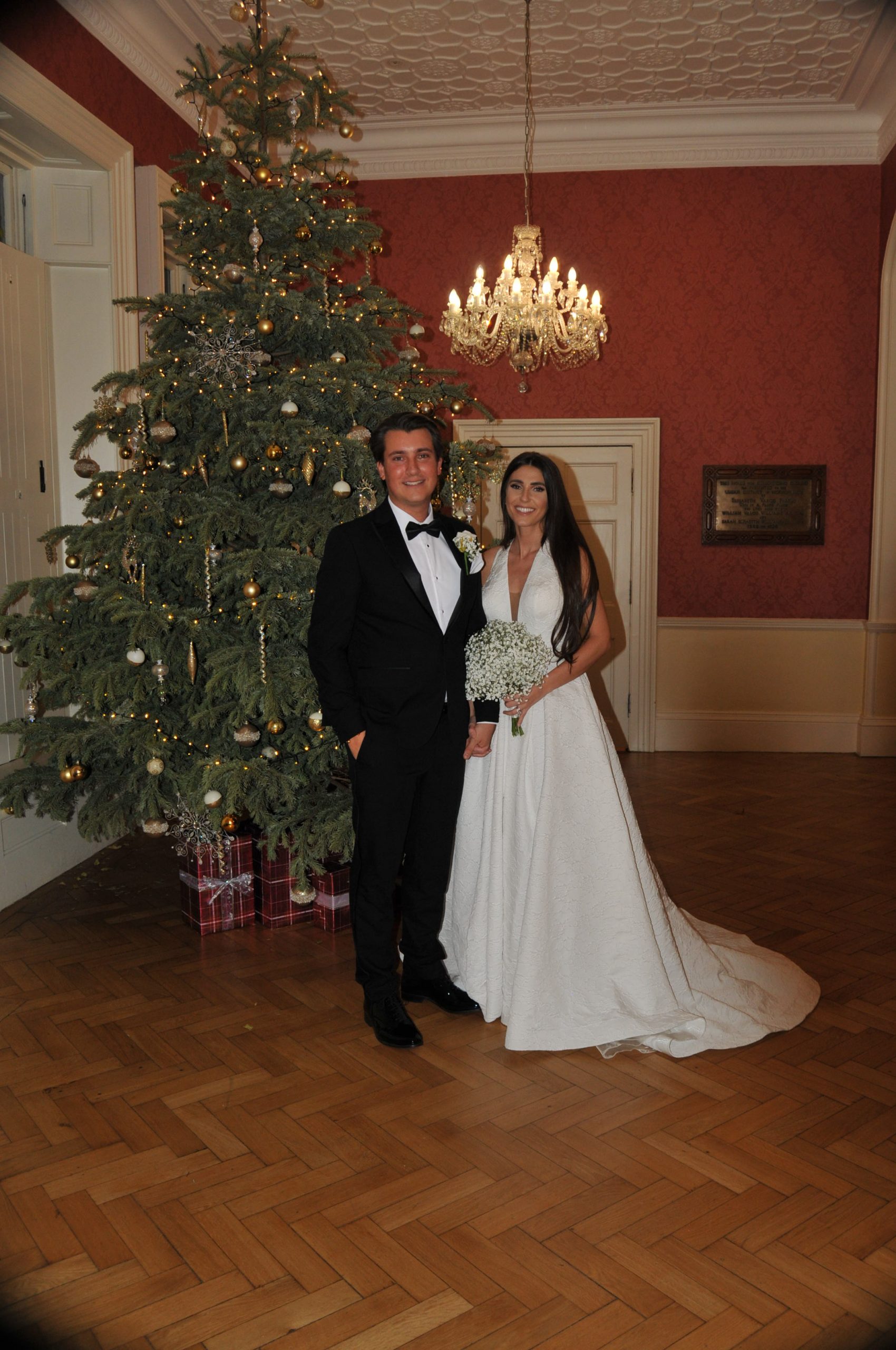 In a quick panic Amy Baines, who is Rebecca’s sister, decided that the only way to get answers is to call up 10 Downing Street. “Obviously it went through to a switchboard and the poor bloke didn’t have a clue.”

The venue called the couple and said that they would be unable to marry them the next day, they were absolutely devastated as in the previous lockdowns there was a few days’ notice but with this one, it came in with immediate effect that night.

The registrars called back to explain there wasn’t any concierge available to open up the premises, as there may be a chance to marry them that night if they could get concierge, they said that they were attempting to get hold of one at that moment, this was at 6:00pm.

They had the most luck as by 6:30pm the registrars at Langtons House and Gardens called them again saying that someone had opened the premises and they could get married at 8:30 that very night.

Obviously delighted, Rebecca told me, “I was literally screaming with happiness! So we had two hours to get ready but even if it was twenty minutes to get ready, I would’ve gone in my tracksuit. It was two hours and that’s enough time for me to get ready.”

As soon as the phone call ended the couple proceeded to call the family members to say that the wedding was in two hours that very night. All of the guests frantically got ready to leave to go to Essex, Rebecca’s brother lives in Bedfordshire so he left as soon as they called.

Billy’s mum lives in Suffolk so the drive would usually take an hour-and-a-half. “Billy’s mum washed her hair before leaving and was drying it on the heaters that are in cars whilst her partner was driving! How everyone pulled off getting there I don’t even know.” Every guest was able to make it to the venue on time, which were fifteen members of the immediate family.

Rebecca left to go to Langtons House and Gardens in a taxi, which is her uncle’s black cab. The guests began to filter in and the ceremony started: “The atmosphere was magical, as it was night time and I don’t know anyone that’s ever gotten married during the night.”

It was only the immediate family in the building and even the photographer managed to make it within the two hours. The venue of Langtons is aesthetically beautiful, all the rooms look over the landscape of the gardens and lake, the rooms themselves are regally decorated and have a vintage feel to them.

During the ceremony, Billy was emotional when Rebecca walked down the aisle, she was overjoyed and full of joy: “I was so happy and I couldn’t wipe the smile off my face, it was so emotional. I would’ve been sad if people couldn’t make it but as everyone did and we got married before the new restrictions it was pure happiness.”

As Essex was already in Tier 3, that meant that wedding receptions weren’t allowed and all the family had to go home. So that meant when Rebecca and Billy got back they cracked open a bottle of champagne and cheered themselves, as normally there would be a big sit down meal and a huge party.

Rebecca cracked up at the memory, “I was sitting on the sofa in my wedding dress and Billy was in his suit, it was so funny. We were so exhausted as it was such a whirlwind.” They have further plans to have a huge party to celebrate when it is allowed.

The guests’ reaction to the day was the same as the couples, overjoyed and happy for the couple. “It was the most spontaneous, magical, romantic and intimate wedding and is a representation of true love,” Amy Baines, Rebecca’s sister said.

Coral Baines, who is Rebecca’s mum, was also beaming with happiness, “What a whirlwind, after a very stressful and emotional few hours it turned out to be the most perfect wedding and we are all so overjoyed for Billy and Becki.”

The happy couple, now Rebecca and Billy Green have now been married since December 19. After the year it’s been, it was the best possible end for the couple.

“When I tell my friends that weren’t there they literally think ‘no way, that is amazing’, everyone is so happy for us. For us it couldn’t have gone any better, we knew if we didn’t get married in the two hours, when would we have been?”

All images courtesy of Melanie Shepherd
Edited by: Charlotte Gamage and Natalia Zmarzlik.