An example of this is the constant promotion of ‘the perfect smile’, courtesy of Turkish cosmetic dentists.

It’s not uncommon to see your favourite influencer go on holiday to Turkey and come back with a new set teeth asking “Do you like my veneers?” Then posting an edited video showing the dental process. Not to mention, the bonus post of them smiling with their shaven teeth. A lot of these posts can be found under the hashtag, #veneerscheck on TikTok.

After briefly going through the videos posted with the hashtag, many of the videos don’t appear to be veneers, which left me asking: do these influencers really know what procedure they are having, or even some of the effects this dental procedure may have in the future?

Veneers and crowns are both dental restoration methods that are often confused with one another by influencers on social media.

A lot of these new sets of teeth are not actually veneers. They are in fact dental crowns. The installation of crowns is considered by dentists to be more of an invasive procedure when compared to veneers.

The process of installing the two dental solutions is very different. Veneers only require the enamel to be removed from the teeth, this is calculated to be around 10% of the tooth before adhering the veneer to the tooth. A veneer resembles closely to a tooth-shaped thin mould of porcelain.

This layer of porcelain is bonded to the front of the tooth. A veneer can last up to 10 years before it needs to be replaced, if taken care of properly. However, they are easier to damage in comparison to a crown.

To install a crown, you must shave down the tooth, getting rid of 60-70% of the mass to ensure it can be installed correctly. The appearance of these shaven teeth was dubbed “shark teeth” by social media users.

After the tooth is shaven down, the shaped material (the crown) of your choice will then be placed on to the remaining stub, covering the whole tooth. The crown is offered in metal fused porcelain, all-metal and all-porcelain. Once a crown is installed,  the false tooth will need to be replaced after 10-30 years, depending on how well they were installed and maintained.

Both veneers and crowns are considered to be cosmetic dental procedures, often used to fix tooth discolouration; chipping, cracking, decaying or crooked teeth. The two procedures can be very costly when performed within the UK. To save money, many patients choose to leave the country to get their teeth fixed. These “medical tourists” choose to travel abroad with the intent of getting any kind of medical procedure.

In 2018, Turkey treated 700,000 patients from all over the world. These patients chose to travel to Turkey with the intention of getting a procedure, be it medical or cosmetic. Most of these visited Istanbul, Antalya, Adana, Ankara and Izmir due to them being prominent health cities.

It’s also handy that most health staff are bilingual. Many of the clinics that deal with medical tourists have offices abroad, therefore a patient from the UK would have already had their consultation in their home country prior to flying out to the clinic. 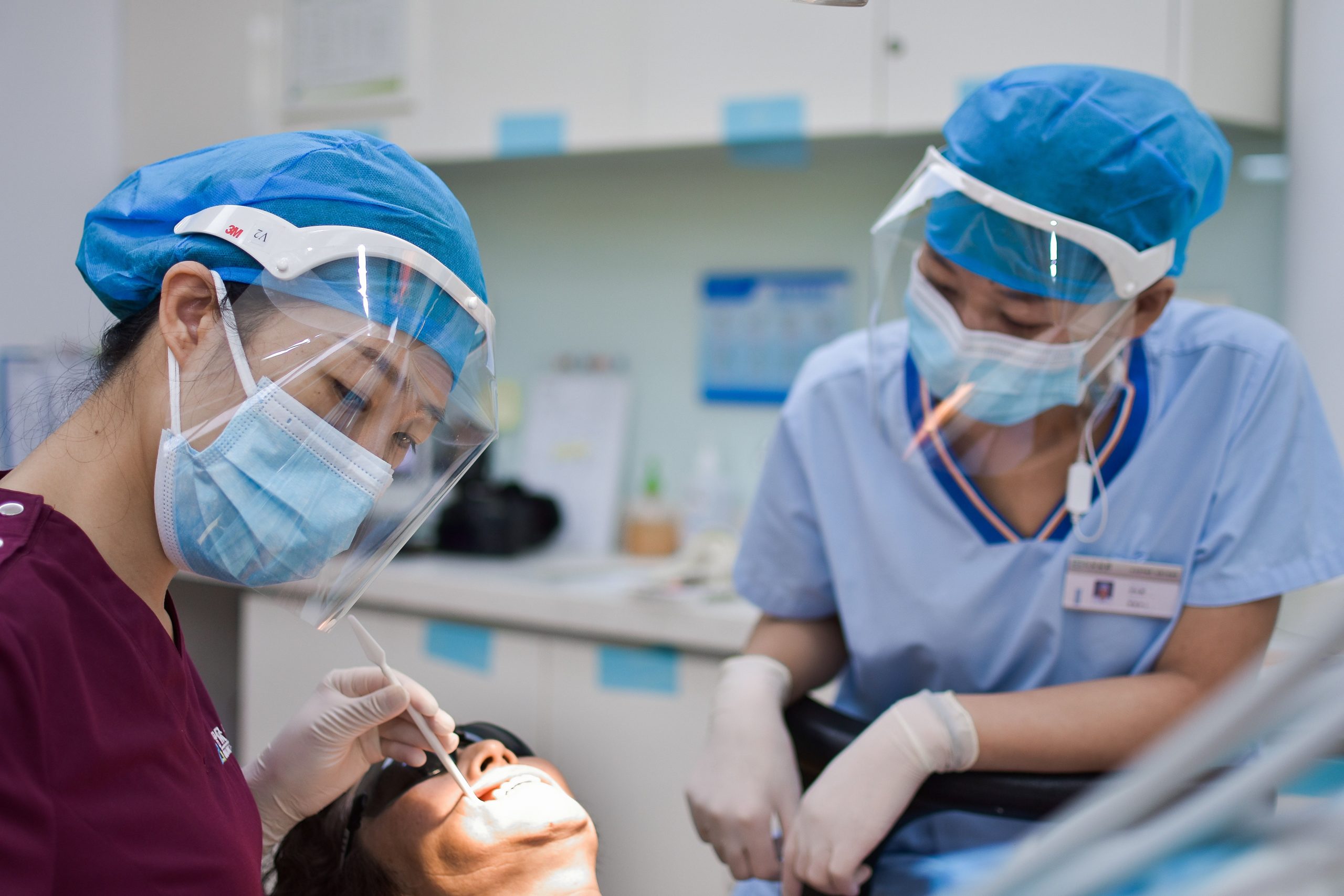 It’s easy to understand why people choose to go to countries like Turkey instead of staying in the UK from comparing the prices of the procedures alone. To have a crown installed by Harley Street Dental Clinic will cost you from £895 per crown. The same procedure by the NHS costs £282.80 per crown.

In addition to the prices being four times cheaper in Turkey, clinics like the Magic Smile Clinic often offer free consultations, discounts if you get multiple teeth fixed, free transfers from the airport to the hotel and then the clinic. If the deal was not already sweet enough, they also offer free hotel stays too when you complete your dental procedure with their clinic as part of a package.

Surgery of any kind has risk factors. But by having it in another country often means you are more susceptible to medical negligence.

In the case of something going wrong, you’re unable to go back to the dentist that completed the procedure, resulting in higher costs to fix it. In some cases, too much damage may be done to even fix the work of another dentist, causing some British dentists to refuse to take you on as a client. Instead, some dentists are doing their part to warn young people about the risks via social media.

A TikTok video created by a London based dentist, Dr S Manouchehri made its rounds through Instagram after going viral in late 2020. The video received more one million likes on the original post.

In this video, Dr Manouchehri expressed her concerns towards the increasing popularity of getting your teeth “shaved off” for crownsand she explained the effects it would have on the young people later on in life after getting the procedure.

Dr Manouchehri started off by correcting the young female TikToker/influencer in the snippet at the beginning of the video who was shown proudly showing off her new set of “veneers” that she had recently gotten installed in Turkey. This snippet included an image of the influencer with her teeth shaven down. Dr Manouchehri informed her audience of how the girl was incorrect in saying that she had “veneers”, when in actuality, the influencer had a full set of “full coverage crowns” installed.

She then told her audience: “If you’ve seen my previous video you would know that shaving your teeth down to pegs like, is going to damage the nerve and you’re going to need root canal treatment and an extraction at some point in your life. She is a gorgeous young girl. I think she’s like 18 or 19 maximum and she is going to need to replace that probably four or five times throughout her life if not more.”

The dentist then went on to explain how the procedure would mean that “not only the financial burden [will] be an issue, but also the biological burden because the teeth can’t physically be prepared and re-prepared every single time.”

She closed the short video by saying: “So, she’s a gorgeous young lady and she’s ruined her teeth possibly for the rest of her life and she’s going to have dentures what, by the age of 40. I personally wouldn’t choose that, would you?”

A majority of the 11,000+ comments left underneath the TikTok expressed how surprised they were to find out about the long-term effects of getting crowns installed.

With one account leaving a comment that read: “Heartbreaking to see this. I wonder if the dentists informed her of this or only cared about the $ 😢 . She is so beautiful.” Another account commented: “I’m a dentist, it’s sad to think another dentist will shave perfectly healthy teeth like this to be crowned & yes, she has crowns not veneers”.

Another dentist, Dr Emi, shared a similar sentiment on her TikTok page, and warned her viewers: “Remember price usually reflects the quality and skill of the dentist.”

Just like BBLs (Brazilian Butt Lifts), the need to have the Instagram face, with the assistance of filler and botox; crowns have become part of beauty standard on social media.

Unfortunately, people are acquiring all of these procedures like infinity stones in The Avengers movie series, without acknowledging the risk factors. Without doing proper research, people are still willing to have procedures that will affect their bodies in years to come and still attempt to find a way to get the surgeries at a cost-effective price too.

After hearing and seeing the horror stories from influencers (some of whom promoted the surgery and the clinics) and people who had been influenced by social media to get a BBL, I am scared to see how many people in my generation will be wearing dentures “by the age of 40.”

How TikTok influenced the return of tarot

By Hamida Ali
7 Mins read
We examine why tarot readings are enjoying a resurgence in the 21st century, especially thanks to social media.
Technology

By Taysan Ali-Osman
4 Mins read
With the rise of cryptocurrency in our current world, how dangerous is crypto to the young, ambitious, people?
AudioLifestyle

By Stella Schmieder
1 Mins read
Abbreviations and Acronyms have been around for longer than the “LOL” era. We discuss the impact of “social media language” on parents and future generations.