We all know that 2020 has been a crazy year for everyone; January rolled in full of promise, as we all celebrated the start of a new decade. It was going to be the year of Gatsby-themed parties, adventures, and excitement.

Instead, it’s been the year of lockdowns, social distancing, and Netflix parties. Memorable, but for all the wrong reasons.

It was also the year that gave us the cringe-fest that is 365 Days, a Netflix, softcore movie based around Massimo, a darkly handsome, brooding, Italian mafioso who falls in love with Laura, a successful and independent Polish business manager.

So far, a very run-of-the-mill plot, until Massimo kidnaps Laura and threatens to keep her captive for 365 days, or until she falls in love with him, and that within those days, the once free-spirited Laura melts into a puddle of simpering love and adoration for her captor.

Unbelievably, 365 Days went on to become one of this year’s most-watched movies on Netflix, whilst also earning the honour of being one which received its worst reviews.

One might question whether with Covid-19 triggering a response of worldwide enforced confinement, it as a result has helped make 365 Days the hit that it is, due to the simple fact that people have been left bored, sex-starved and lacking intimacy.

Left with many questions, I decided to reach out to Lilith, the only person I know who could shed light on the darker, less discussed sides of sex.

When we last met, Lilith was writing a novel based on events in her own life.

Lilith, who comes from a strict Catholic background, has an internal struggle in accepting the pleasures of what her inflexible religious beliefs consider to be a vice and mortal sin, and reconciling herself to the idea that both facets of her personality can co-exist in harmony.

The first thing that I had to ask Lilith was if she watched the widely popular movie of 365 Days. “I don’t think anyone watched that for the story-line!” She rolled her eyes.

Lilith began writing her novel as a creative outlet inspired by her own past experiences; she knew it wasn’t something people would come across very often. It was also a way of exploring and opening a sensitive subject up for debate. Can religious and sexual extremes co-exist in people’s lives?

“I think we’re a bit fed up of all the mundane boring stuff that we read and watch over and over again, they kind of repackage it differently but essentially it’s the same product, so I think it’s time to bring something new to the table!” Lilith said.

“I’m still working on it, unfortunately, there have been a few delays what with moving to France in the midst of a global pandemic, I had my hands full,” she said.

I asked if I could get another sneak peek…

Excerpts from Lilith’s book, titled Hallowed Be Thy Pain:

He became how she prayed, the knees that knelt for the Lord’s altar, were now kneeling before him. Lilith’s head

bowed, brunette locks tumbling down her shoulders, her gold cross pendant cushioned snugly between her soft and supple breasts.

‘Who do you belong to?’ He asked her gruffly, caressing her hair. ‘To you’ she whispered softly. ‘Who owns you?’ Continued John, tracing his fingers down her neck, toying with her necklace, her smooth skin erupting in chills beneath his touch.
‘You do,’ she answered, looking up at him through her dark, long, thick lashes.
His fingers wrapped around her neck. ‘Who do you beg for mercy?’
‘You.’

‘Who loves you?’ He whispered huskily.
‘You, John,’ murmured Lilith.
‘Always?’ Voice thick with emotion, his hand tightening around her slender and graceful neck.
‘Always.” She gasped.
It was to John that Lilith had surrendered her body and soul. 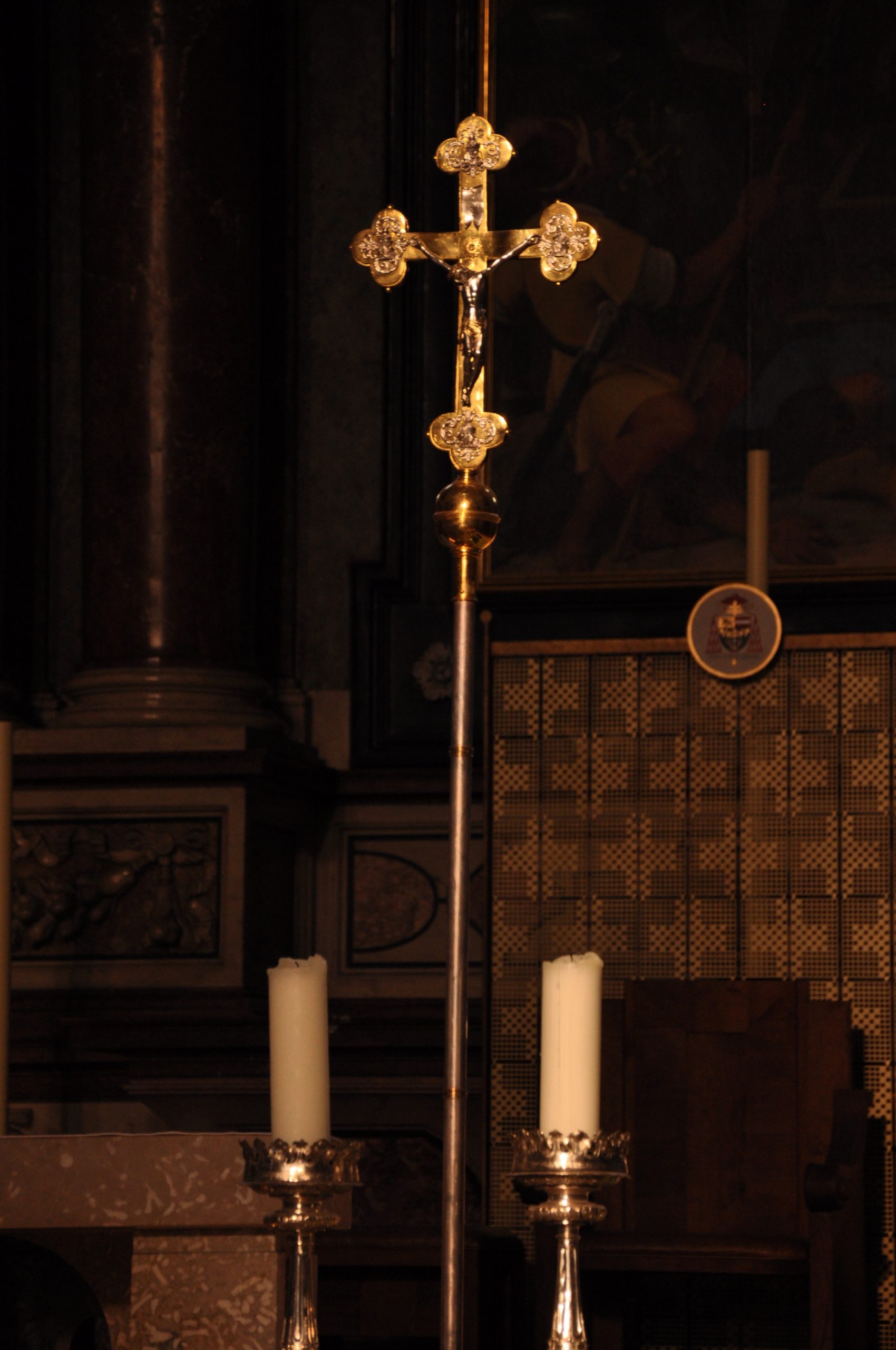 Is the writing process helping Lilith to understand this paradox she’s spoken of? “I’m definitely finding that putting pen to paper, and going through my experiences and seeing them come to life through the medium of writing, is definitely allowing me to be more introspective. But I’m also enjoying the process and am quite thrilled to be bringing something to the table that hasn’t quite yet been done to this degree in mainstream books and media.”

Lilith was raised by her British, strictly Catholic father after her French mother left when she was only three. Destroyed by the breakdown of his marriage, her father used his beliefs as a coping mechanism that slowly spiralled into religious fanaticism.

As a young girl she found herself growing up in a bubble that filtered out all ‘bad influences’, which according to her father’s extreme views, included books, TV and even radio.

The writer recounts it as a very cushioned, yet terribly lonely existence leaving her completely ill-equipped to deal with the basic realities of the outside world, causing her to battle with long periods of debilitating anxiety and depression. This had resulted in a very cold, frosty relationship between Lilith and her father.

“There is a sense of guilt that rears its head every so often which I still struggle with to this day, but I have now chose to believe in a merciful God and have faith in his forgiveness“.

Lilith’s life took a dramatically darker turn than that of her contemporaries, being constantly hounded and vilified for what her family deemed as an impurity.

She recounted a particular memory which has stuck with her all these years, a memory of her father dropping her off to meet her best friend by the library to study for her A-level exams. As she greeted her friend, a young man approached Lilith flirtatiously asking for her number, her father instantly got out of his car, marched up to her slapping her hard across the cheek in plain view of everyone before dragging her back to the car.

By the end of sixth form, Lilith’s depression had spiralled into a full-on mental breakdown, the signs were clearly obvious to those around her yet constantly dismissed and ignored. In the summer of her 18th birthday, Lilith experienced a massive breakdown, the kind that shook her father.

“For so long my father was trying to protect me from what he perceived to be the dangers of the outside world, but in doing so he had managed to destroy me from the inside,” she said.

“I remember him franticly taking me to see a top physiatrist who just sent me away with a bag full of medication. They helped in the sense that I became so numb that It hurt, and I wanted relief from that numbness, from the pain of that numbness. Part of that numbness meant I was searching and going to extremes in order to just feel again, I just needed to feel, and John helped me feel again.” 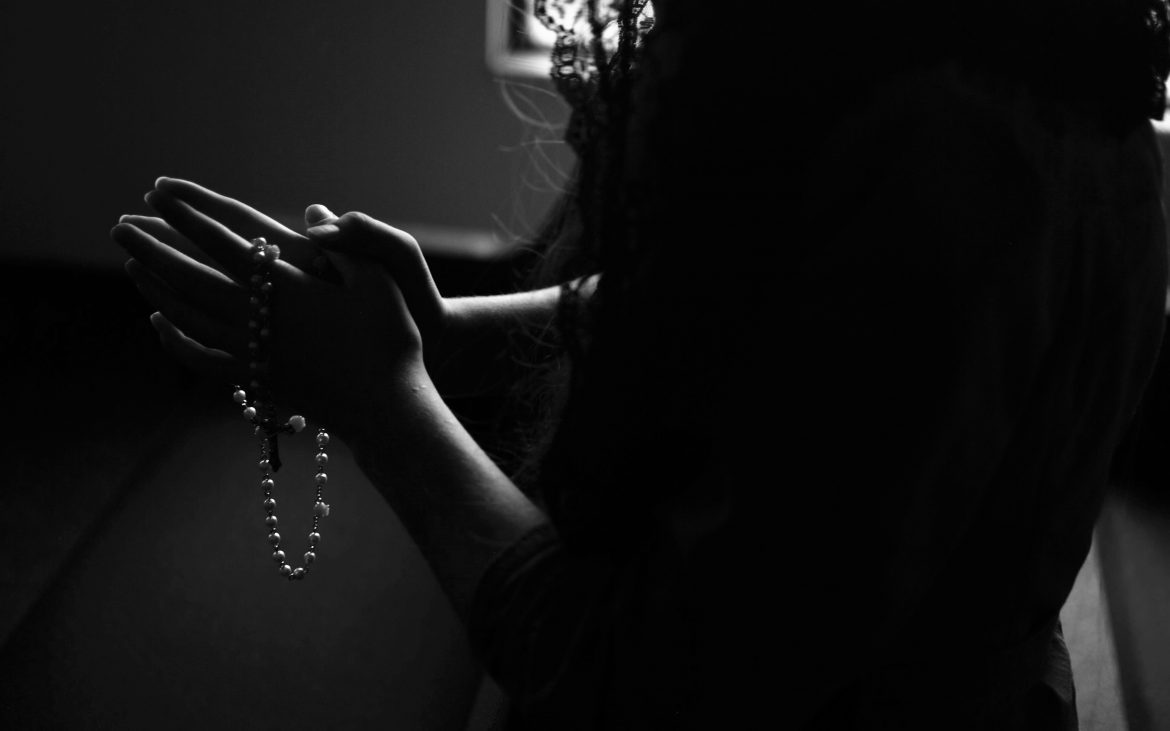 This is where, Lilith’s cousin, John comes into the picture. John still plays a significant role in Lilith’s life to this day. It was the first time that Lilith experience unconditional love and care, he was the one who would stay up with Lilith until the early hours of the morning when Lilith was suffering from insomnia.

“It was him who looked after me throughout the horrendous physical side effects from the medications I was on and it was in his arms that I first felt safety and security.”

When their relationship progressed to a sexual one, Lilith slowly found herself naturally drawn to the more hardcore aspects of sex and surprised John, he was able to unleash the darker sexual side to Lilith that enjoyed pain and submission and taking great pleasure from the idea of rebelling and sinning.

When I asked how she felt about being in an incestuous relationship, she responded: “At first it was very hard for me to accept it because of how my religion and society view incest, but the idea that he’s a cousin one that I didn’t grow up with and never spent time with made it seem normal, it was always a ‘Hi’, ‘Bye’ situation, until the summer of my 18th year that we really connected. Of course, there is a sense of guilt that rears its head every so often which I still struggle with to this day, but I have now chosen to believe in a merciful God and have faith in his forgiveness.”

But where does that leave Lilith’s relationship with John today? “You get to a point where you’re like OK, we have this thing between us, I don’t know what it is, I can’t explain it, but it works so let’s just keep it this way and at the same time as a friendship you acre about that person and you want the best for them.”

It’s clear that John will always be a part of Lilith’s life, she believes the connection she has with her cousin is on so many levels so deep that she can’t really put it into words.

“It was never just sexual a sexual relationship for us, It was firstly and foremost a mental and emotional relationship, one could even say that the sexual aspect was a bonus.”