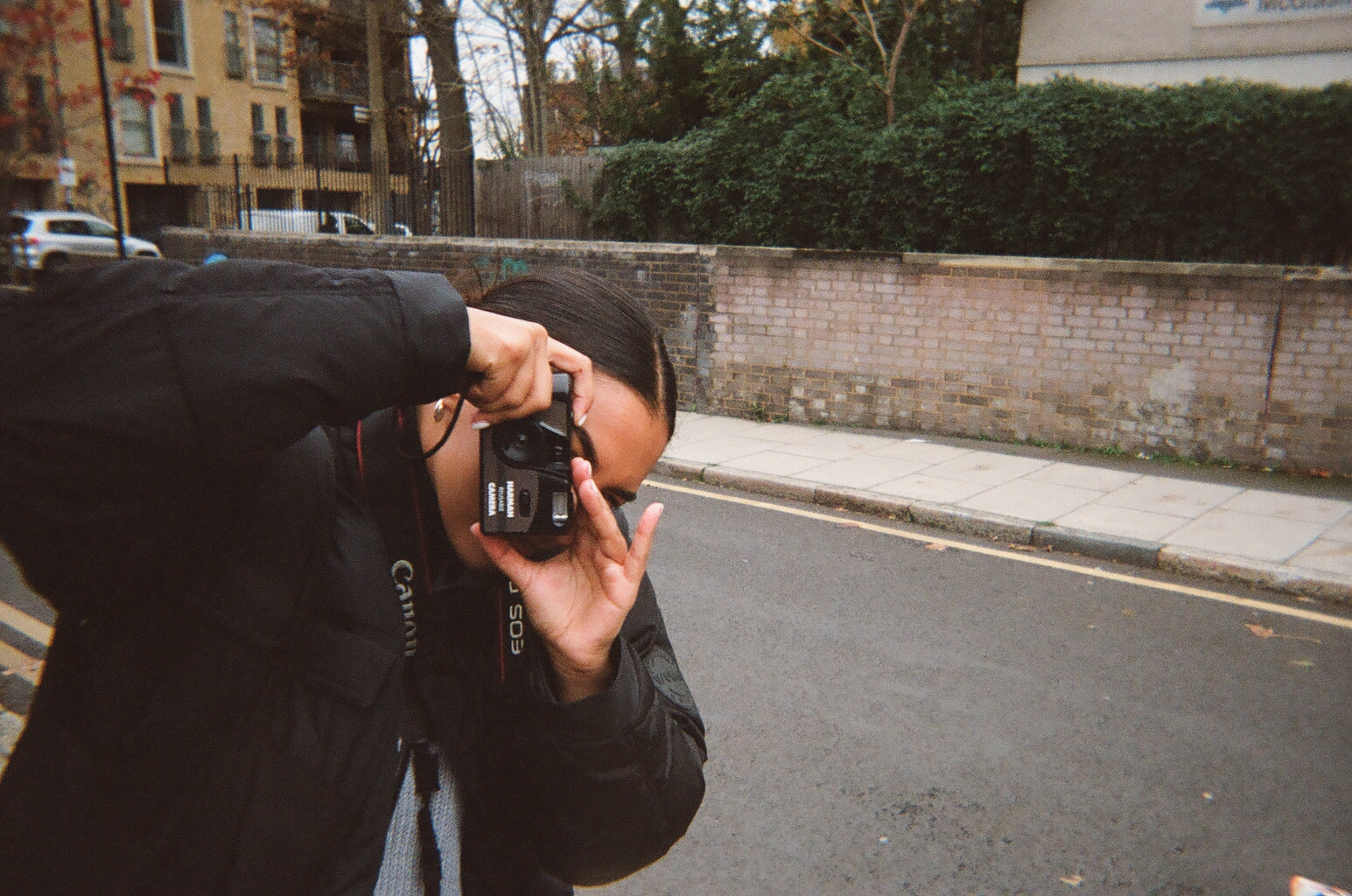 The rise in film photography is something I have witnessed being on social media and working with artists myself.

These questions are frequently asked in connecting environments and when displaying my work online, however,  these conversations have progressed more and more onto film.

Film photography appears to have increased throughout the industry recently but also in everyday life. So much so that some apps have created film-like shortcuts which create filters for our everyday digital photographs. The most common being VSCO and the upcoming app Dazz Cam. 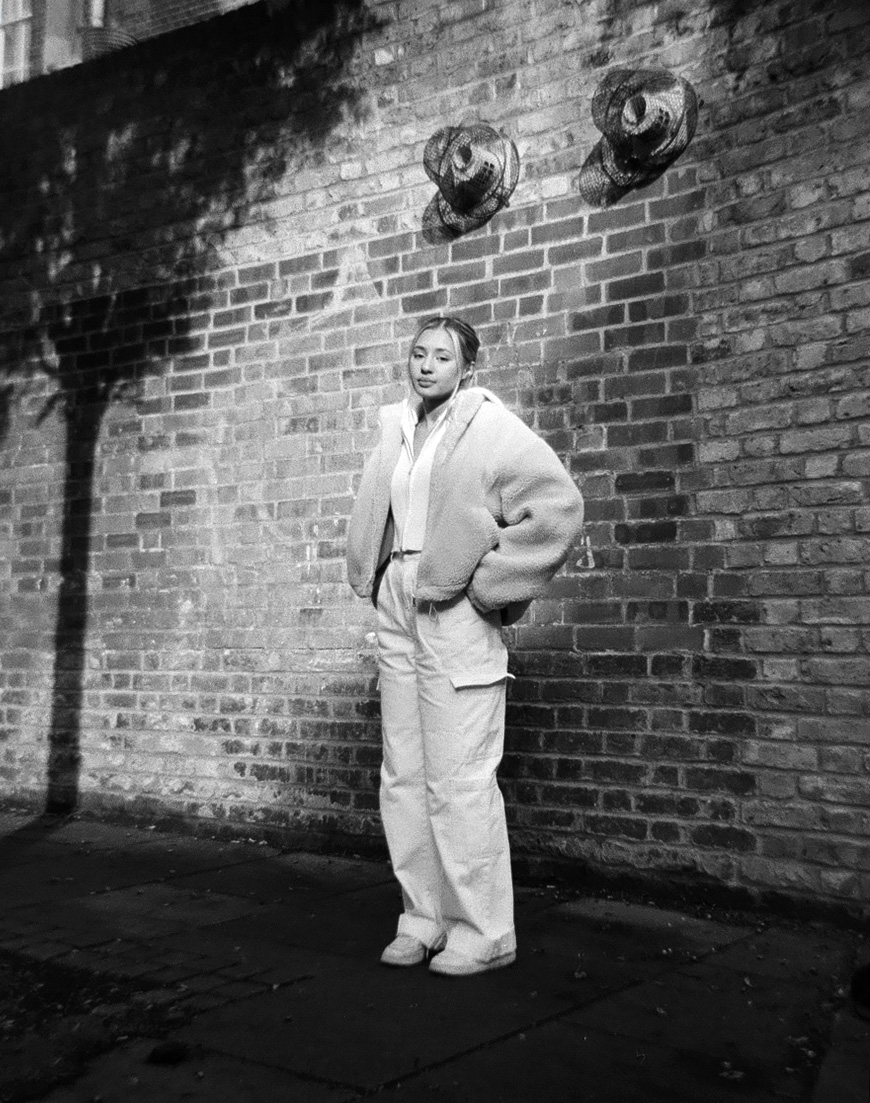 Majority of us unconsciously participate in photography naturally, whether that is via phones or cameras. But many have found themselves using film cameras increasingly over the years. Including disposable film cameras which 86% of people from an Instagram poll use for photo memoirs.

So, where has this increase come from?

Film photography is known for capturing the moment. There is no looking back at the photographs, deleting them or editing them. What you see after development is what you get. It is questionable with the adaptation of today’s film-like filters and apps that the initial experience and results you receive from the film itself are channeled through digital versions. Being so accessible today, some ‘film photography’ you see today might not truly be ‘film photography.’

However, some see this as a beneficial process; it is known in the photography world to be team digital or film. But saying this, the combination of success between both mediums presents film and digital to work simultaneously together. Not only photographers but the ‘everyday person’ is learning to build a love for both digital and film.

Represented in the media we consume every day. There has been an increase in the amount of variety between digital and film content I have personally seen on social media, specifically Instagram. From friend group photographs, selfies, brand deals, everyone is learning the art of film photography. 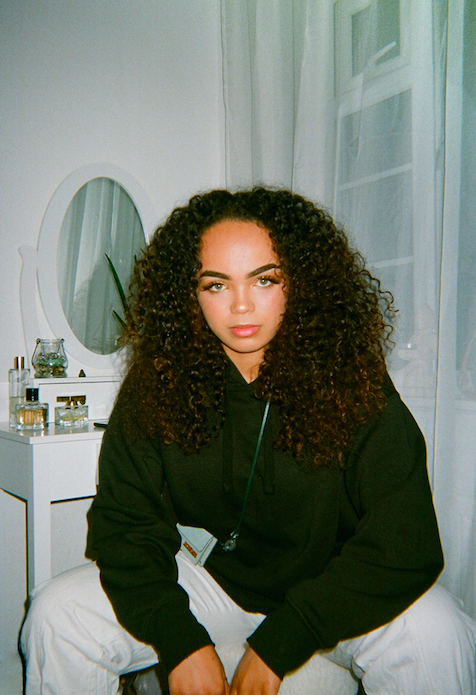 Regarding film-like filters, it can be imagined that film photography could be affected by the digital ‘copies’ that are available to everyone and anyone. But this argument was challenged as 62% of people, including film photographers, believe that such filters do not affect. In which many replied via Instagram stating “you cannot beat the real thing.”

However is it those who use film we need to thank for this or social media? On social media app TikTok, I was presented with the new app Dazz Cam which has blown into the top 100 apps in the App Store, which states to be “your pocket photographer. No need for post-editing, the most realistic film photography or video is instantly present with a single click.” Which sounds amazing to people who pay for film cameras, film and development.

However, 78% of people actually have a film camera, not disposable. Although people believe that others are purely joining in a trend, some truly embrace film photography. No trend. No apps.

So does this mean that the argument itself, digital versus film, is rather biased?

Bringing back the typical battle between digital and film photography. The collaboration between digital content being edited to look like film goes back to the better idea.

From the statistics, it appears that there is no argument to be had as everyone seems to be very open and welcoming to both digital and film photography. Although 82% state they would rather use film over digital cameras.

Sophia, currently living in London, is a perfect example of someone who enjoys film photography. She told me that she would rather use a film disposable instead of her phone: “It’s exciting to have a physical outcome at the end and being surprised with the photos, especially the ones you forgot where taken. I would definitely recommend using film. It’s a great way to keep authentic memories.” 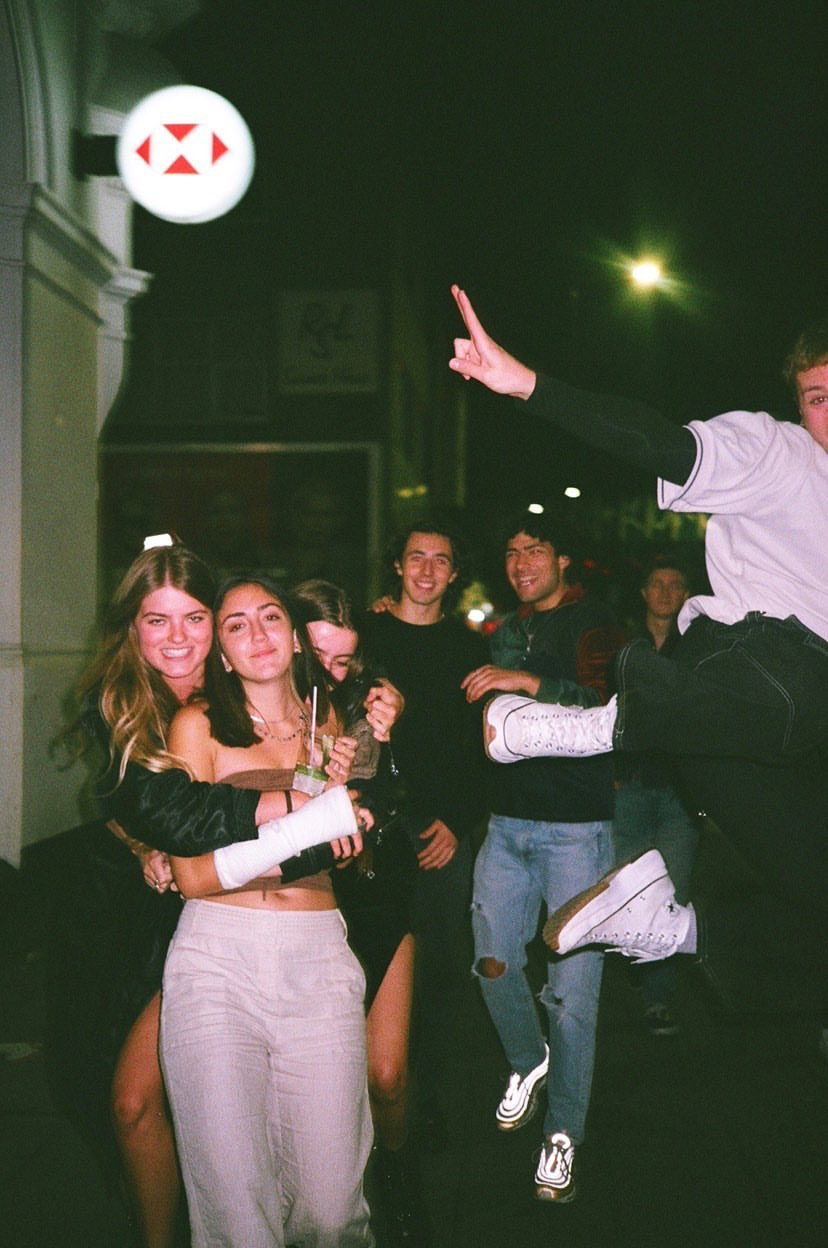 She is also one of the 63% of people who believe that film has increased due to “it becoming ‘trendy’ again.” However, she went on to say “I think some people start using it when they see it as a trend but then realise it’s more than that.”

Sophia is an example of how film photography has progressed to a world outside of photographers and represents those with a passion for film.

Which is what I believe the majority of people who are using film to shoot, memories mentioned previously, are experiencing. Anyone can pick up their phone and take a photo, but there is something changing peoples preference, putting their phone away and having their camera in hand.

In regards to phone versus film. It is said that just under half of the UK population have an iPhone. In some cases, all of which offers a camera with up to three lenses, and editing features. But those like Sophia express support towards the experience film offers that a phone doesn’t.

In a generation where we are assumed to be glued to our phones, film photography allows us to enjoy the moment. By putting our phones away and snapping through film, people are steering away from the stigma and enjoying life events without using technology and phones.

Today, most photographers have also learned how to use both digital and film photography to suit the new need by clients for film. Including myself who has adapted further onto film photography and has grown to love working with film due to the inspiration of other creative people around me.

For someone like me, who shoots with both mediums, I have a slight preference for film. However, it has not always been this way.

Working with digital cameras, you have endless amounts of power over your photograph. The smallest of features can be noticed and changed within the shoot as you have that power of seeing your work instantly. But the ‘in the moment’ creativity film offers has driven me to some of my personal favourite photographs. 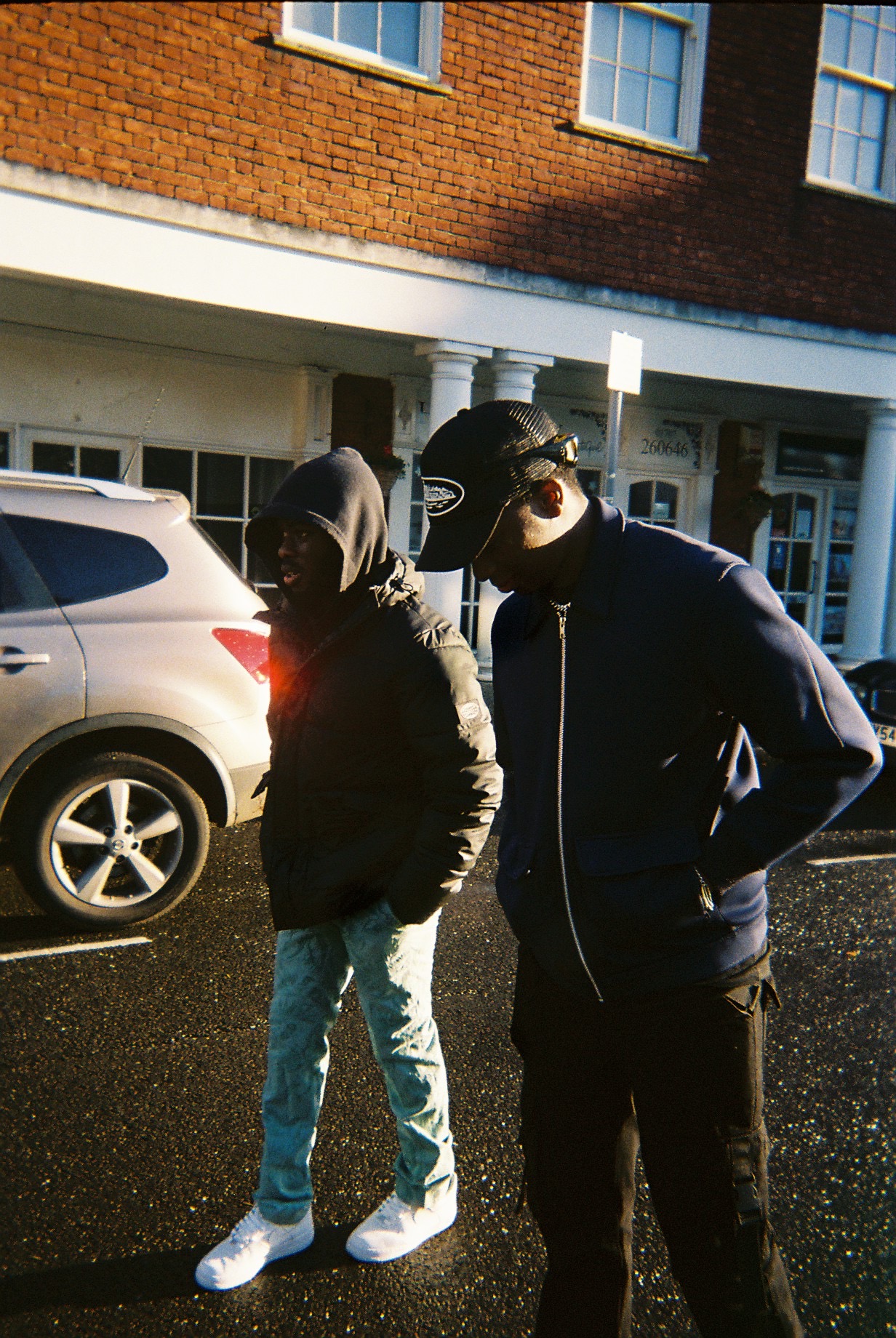 Represented in the engagement, I receive in my film photography compared to my digital photographs. Through insights on Instagram, I noticed that my film pieces generally receive just under double the amount of reach compared to my digital pieces. Given that my audience is more likely to engage with my film pieces over my other pieces, and the majority of my followers being based in London UK, of the ages 18-24, there is a clear interest in this particular group of people. This is illustrated by the 82% of people who rather film over digital photography.

Nevertheless, my opinion and others via statistics have not come to a 100% argument on the reason for the increase in film photography. Regardless there has been a visual growing interest of the medium that many people are appreciating. Especially online. Similar to the typical battle between digital and film photography.

Film or digital, filter or film, people are engaging with the art of photography, whether for work or personal reasons. Capturing the moment is clearly very important to those in the UK today. Any camera of any medium can offer our needs for photography today.

Yet, through statistics, it goes without saying film photography is becoming peoples favourite .

The future of film photography is looking bright in everyday life and also the photography world. People and clients are finding a need for film content.

Creating for some: a new creative outlet for people today, which might be a necessary suggestion to those struggling in lockdown and looking for a new outlook to keep busy and creative in the current pandemic.

It’s time to click and enjoy potentially a new style of photography.