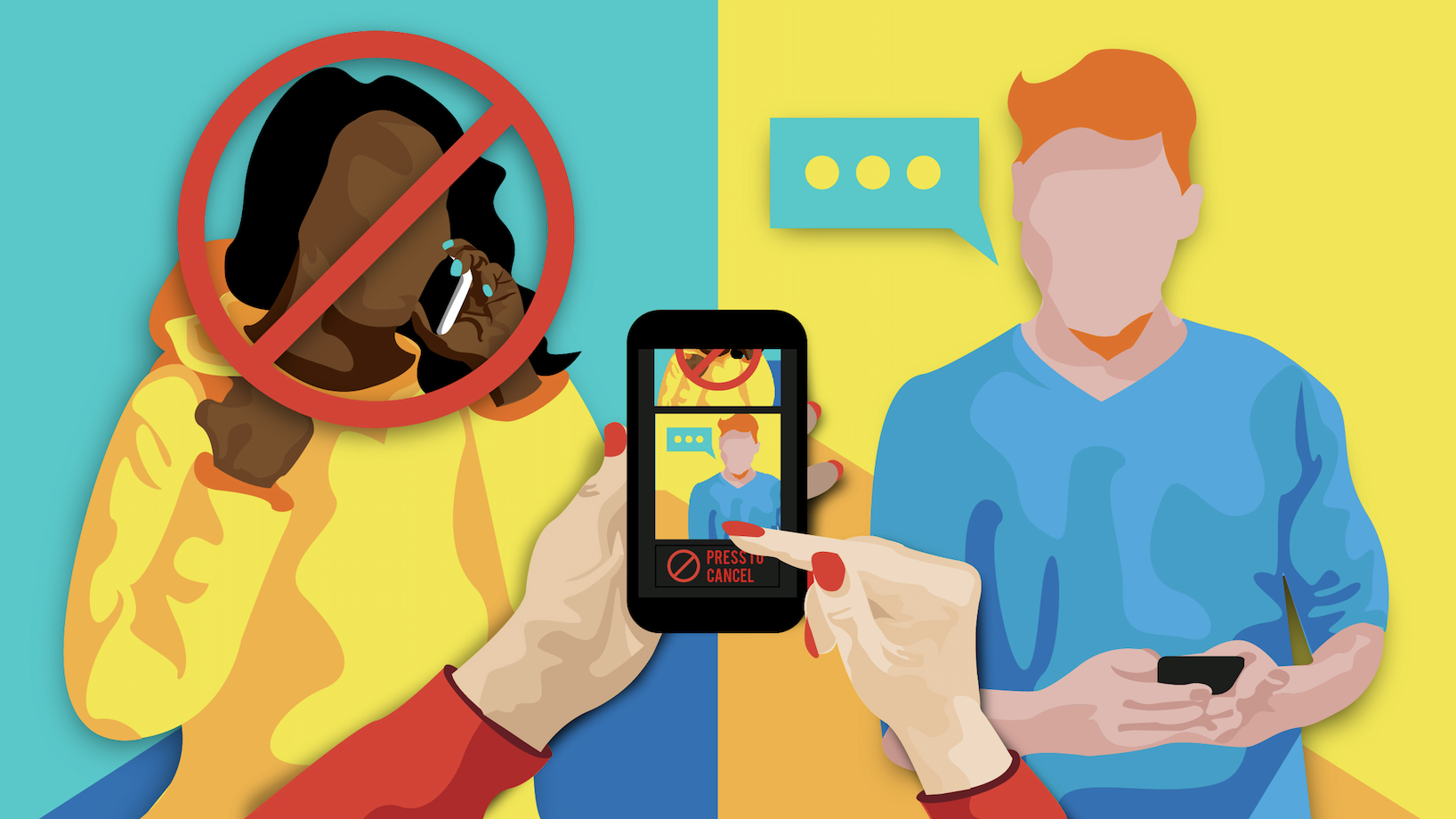 We can’t turn a blind eye and ignore that society has been guilty of bigotry, sexism, racism, and nearly all forms of discrimination, whether mistreating people openly or subtly throughout history.

While these discriminatory behaviours are still on-going even today, society is now fighting against this unfair mistreatment and becoming more woke.

The word “woke” has been the highlight of our generation, especially young people. It’s been used by many to call out for injustice and fight racial and also sexual inequality. Ultimately it is to bring awareness to these social issues that our society is currently suffering from.

If you are still staring down your screen in confusion and thinking what is woke? The word officially acquired its place in the Oxford English Dictionary in June 2017.

At first, the word suggests that it’s a cooler version of the term politically correct, but woke is a politically used term which first came into common use in the United States.

The term is used to bring attention to issues regarding social and racial injustice. As stated in the dictionary, the original meaning behind the term woke is awake, which indicates that one is aware or even well informed in a political or cultural sense.

It’s no secret that this past year has been hectic, with forest fires, threats of World War 3 and most importantly the Black Lives Matter movement battling racial injustice.

It is time to learn from history, correct the collective wrongdoings of our past and become better, that is the idea behind the matter. 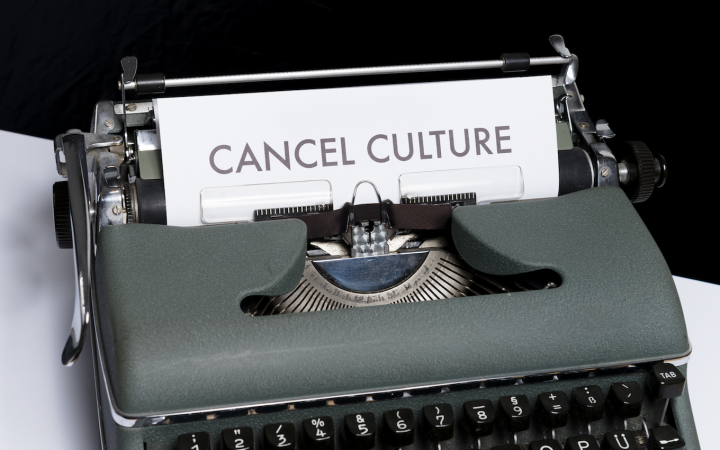 Woke is not the negative word that some would have you believe [Flickr: markus119]

A long time ago, the word woke was simply the past participle of the word wake. Although the meaning behind the word has changed expeditiously in the past decade or so, the term is not as new in the United States as it is for the United Kingdom. The term wokeness’ first appearance dates all the way back to the 1860 presidential elections, as wide awake.

The term was used by Abraham Lincoln – the 16th president of the United States – in his political campaigns. The Wide Awake movement began as a youth organisation, which then became a parliamentary organisation after the Republican Party cultivated the movement, as a means to bring an end to slavery.

The word broke into pop culture, and mainstream language via the Black Lives Matter movement where the hashtag #staywoke was trending after the series of brutal police actions against black people across the United States.

Being woke comes with a lot of elements, such as cancel culture – another term that’s creating an invisible question mark above your head?

Cancel culture or also known as call-out culture, is a term that refers to the ostracism of a celebrity or well known public figure or even big brands. The aim is to stop giving support (cancelling) to those who have said or done something which is considered offensive, or insensitive.

However, many have critiqued and questioned the effectiveness of this process. Many have even argued that this political phenomenon is toxic.

Connor Garel, a journalist who works for Vice magazine, in his article “Logan Paul and the Myth of Cancel Culture“, writes that cancel culture “rarely has any tangible or meaningful effect on the lives and comfortability of the cancelled.”

Twitter is the most effective platform for younger users to find and throw someone under a microscope to be investigated. “Twitter, do your thing” often headlines tweets regarding their concern about a person.

This is where the user’s investigative skills come to play, where they dig up someone’s past, or even present to find evidence of which they are guilty.

Many celebrities have been cancelled within the past year, including JK Rowling, Doja Cat, and even Vanessa Hudgens. However, the biggest name to be cancelled in 2020 was none other than Ellen DeGeneres.

There are many people who say that DeGeneres was a completely different person behind the cameras. Brad Garrett, an actor, has said that her “toxic work environment” is common knowledge. Singer Taylor Swift and Leo Thompson, a known actress from the 80s, has been amongst the names to agree with Garrett.

“And I would like to see people placing more of an emphasis on how this person learn to do better? How can this person better fit into society? But at the same time, I think cancel culture is very much a personal decision.”

Demi Lovato, a former Disney star and singer was the target of the hashtag #DemiIsOverParty, which was trending on Twitter back in April 2020. This was in response to Lovato allegedly insulting her former best friend, Selena Gomez.

Fans discovered an account that portrayed hatred and mocking towards Gomez, which then led to fans immediately acting to cancel. However, there was no evidence that the account in question ever belonged to Levato, nor did she take responsibility for it. The account was shortly deleted before it could be verified.

Lovato has said during a podcast interview, called I Weigh, with Jameela Jamil, a British actress and radio presenter, “I’ve been cancelled so many times, I can’t even count. The hashtag #DemiIsOverParty, that whole thing, it just doesn’t even affect me anymore. One, it’s not real. I don’t think anyone was ever officially cancelled, otherwise, certain people wouldn’t have Grammys, wouldn’t have Oscars, certain people would be where they are in their positions.”

“Where is the forgiveness culture?”

This is something that the online environment lacks in today’s society. Levato also argued that people make mistakes and went on to say that cancel culture will not be effective unless there is forgiveness culture.

“You’ve upset, or you may have upset a whole community of people. And they are the ones who get to decide whether you’ll be forgiven it or not. And if they choose not to, fair enough, deal with it, I’d love to push you on, which you will because again, no-one ever really gets cancelled anyway,” Racheal told us.

“I don’t think we live in a political vacuum. We don’t. And I think things like racism are very much like, intrinsically built into our society, it’s very much embedded in our society. And if there isn’t like a conscious decision to unlearn certain things, prejudice seeps in, racism seeps in.

“And so, everyone needs to be very deliberate about what sorts of content they’re taking in, what sorts of books you’re reading, and learning about other people’s experiences, building an understanding of their experiences,” she said.

JK Rowling, the author of the Harry Potter book series, has been one of the big names to be cancelled. She then received death threats, rape threats and daily hate on social media for her view regarding transexual women. There have even been tweets with the hashtag #RIPJKRowling trending on Twitter, and tweets which call her a ‘transphobic bitch’.

Many may not agree or like Rowling’s views regarding the trans community, sending her death threats and wanting to burn her house down is surely not the way to have a persuasive discussion and meaningfully progress in conversations around transgenderism.

Which opens debate for the question: is cancel culture really effective? Free speech has its consequences, whether that be controversial opinions or not. Vanity Von Glow, a drag artist, discusses their opinions on the BBC podcast Tricky about cancel culture:

“People are allowed to have their ideas in public, but criticism of those ideas is part of the market place. But that’s not what I think of when I think of cancel culture, I think of it being more severe, and it’s about shutting people down, it’s ‘unpersoning’ them. That leaves no space for people to grow, and also it leaves no space for me to hear ideas that are perhaps interesting or unusual because I’ve got to learn too.”