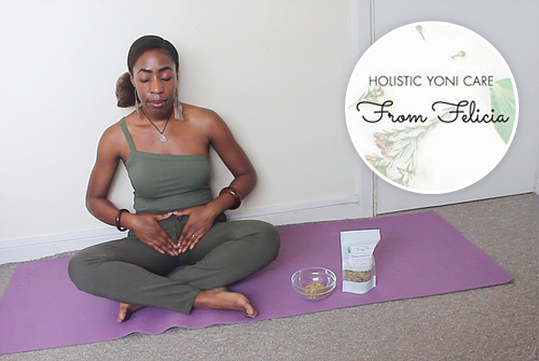 “Healing from traumas is essential, because so many of us are silently trying to battle, deal with or heal, that we have suppressed our traumatic memories, and as a result are living on autopilot.

“It’s not only affecting our cycles of how we experience periods, it’s also affecting things like how we show up in work, how we relate to and communicate with our children, and it’s affecting so many things in society.”

Rachel, 31, started her YouTube channel surrounding her passion for holistic healing and womb wellness four years ago. She realised she needed further healing from a personal trauma she went through – losing a baby during pregnancy.

“I felt really impacted by the experience emotionally. Probably more emotionally than physically. And I was going through counselling by the NHS, which was absolutely fantastic. But I felt that something was missing when the counselling ended, [because it’s for a set period of time] I wanted to ensure that I was still receiving support.”

Not only physical pains or physical symptoms you may have, but also possibly emotional reasons; you may be experiencing physical manifestations, or even spiritual reasons. 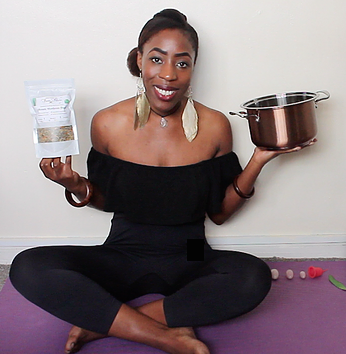 In other words, holistic healing looks at emotions, also as a potential cause of your symptoms. It looks at the human life as a whole and not just what you see, externally.

“It’s the belief that the womb is, of course, it’s the physical place where we, as women, we create life, life grows there, life exits our body, etc. But again, it taps back to the holistic belief that it also has an energetic purpose, or aspects to it,” says Rachel.

In shamanism and traditional Chinese medicine it is believed that the womb is the place where we store our emotions, because that’s the reproductive centre.

However, men’s as well as women’s reproductive centres store those traumatic emotions. It is also believed that it is the area in which non physical and ‘non baby related’ life is created such as new relationships or new experiences.

There are things regarding women’s health that western medicine still lacks a discussion about. And womb trauma is most definitely higher up on that list.

When we hear the phrase womb trauma, we may instantly think of a physical traumatic experience. Although, that’s not to say that it can’t be physical on a fundamental level such as irregular period cycles, or heavy flows, or it may even be a loss of a pregnancy whether that be through a miscarriage or abortion.

However, when having a conversation regarding this topic, the mentioned traumas does not always have to be on a physical level. As I said before, it is believed that the womb is where emotions are stored, especially the negative ones.

One trauma can also mean grief that may stem from the loss of a loved one. A lot of us are holding grief in our workspaces at the moment due to the loss of lives that we’ve seen in 2020.

“It may be things like witnessing or experiencing wars, people who have had to leave, and emigrate from countries because there were wars going on when they were children, those are very traumatic experiences that according to some doctrines, we do hold that energy in our bodies,” explains Rachel.

I have personally suffered from heavy flows and extreme cramps since my first bleeding. Although, I have visited my GP countless times, they have not found a reason for my heavy blood loss and cramps that disrupt my daily life.

Which brings me and many other women who may have similar or same symptoms to seek alternative methods.

Yoni steaming has been on the rise recently, as more women seek more natural and spiritual methods to help them on their journey. Although, it is not scientifically proven to have benefits, many women, even men say they have experienced the benefits.

Yoni steaming is the method when direct steam is infused inside the vagina – don’t worry it’s not as scary as it sounds! The basic summary of the process is sitting over a pot of warm to hot water, with the water filled with dried or fresh herbs. This allows the water to evaporate and enter the vagina.

“It’s believed that the steam actually enables ourselves to open up and release toxins. But you will know that steam is a form of medicine, that the steam helps us detox from mucus,” says Rachel.

As with anything, Yoni steaming also comes with certain risks, so don’t sit too close to the pot of water and check the temperature of the water, otherwise you may burn yourself.

The claimed benefits of yoni steaming is not only physical but also on an emotional level, such as: infections, depression, stress, hormone imbalances and many more on the list. 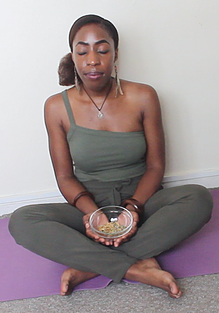 I personally have not yet tried Yoni steaming, however, rather than having chemicals and pills enter my body every month, I would definitely give Yoni steaming a chance.

A more natural living has always appealed to me and I believe this lifestyle has also appealed to many other women out there too.

“I’m Nigerian [in terms of ethnicity]. My grandma was born in the 1960s. A different generation where they were more focused on natural ways of living in Nigeria. So when someone got sick in their family, they weren’t popping pills or going to a doctor or have a man to tell them what was wrong with them,” Rachel tells us.

“It was usually a woman in that community who was basically living around plants, when necessary, picked them from trees or her garden. My grandma used to essentially make herbal teas. And if my cousins got ill, they would drink a certain herbal tea or with a soup. And she would also make herbal teas for younger girls in that village who are going through their first bleeds.”

However, yoni steaming is not FDA approved and has not had scientific research to back it up. Although, yoni steaming may help you relax, the benefits are still a mystery and an unknown. Just as most natural remedies which we come across online, it comes with a disclaimer that it isn’t meant to cure any conditions.

“We should all be cautious about mass opinions and mass media. The pharmaceutical industry, we’ve got to think about how its funded and how it is a brand. They need to make money, these big medical organisations,” said Rachel.

“So something that is teaching stuff that goes against how they make money, they’re not going to be keen to perpetuate an alternative opinions. So, holistic practice is plant based medicine, it’s not going to aid their [Pharmaceutical industries] aims. So there’s going to be an automatic resistance because of that.”

Many women have felt that ‘western medicine lacks a discussion’ around the topic regarding women’s health. Rachel even argues that when she looked at medicine as a whole, the important medical papers in history were written by men, which can lead to their own ‘biases’.

Women’s health is a topic which we as a society are still tiptoeing around. As much as we have progressed from the ancient times where women would be sentenced to death in accusations of practicing witchcraft for using natural remedies, I believe we still have a long way to go.

All images courtesy of Rachel.
Edited by Natalia Zmarzlik.