In the 21st century, fashion is something that has become an important part of life for many people. Affordable fashion has become more and more accessible over the last decade, giving people the opportunity to develop their own sense of style easily.

And with the growing commercial use of Instagram as a creative business platform, there are endless brands and new designers finding success faster than ever before. Particularly for women, there seems to be an unlimited cache of brands to explore and shop from.

Fast-fashion brands such as Boohoo, Asos and PrettyLittleThing have given those who want the designer look the chance to buy ‘dupes’, essentially exact copies, at a fraction of the cost of buying from high-end companies and target those on a tighter budget.

Despite its devastating effects on the planet, people continue to look to cheap alternatives from fast fashion brands as a way to keep up with shopping habits and staying up-to-date on trends, while also saving money.

Although many fast-fashion companies cater to male customers and fashion trends too, it’s obvious that for women, it’s easier when shopping for clothes – whether they’re sustainable or not.

Notorious fast-fashion retailer Boohoo (part of the Boohoo Group PLC which also own PrettyLitteThing and NastyGal) had a reported 8.9 million customers over the 2020 financial year. This is a 27% increase from the 7 million active customers in 2019, even with the coronavirus pandemic hitting at the beginning of 2020, according to Finder.com.

While marketing and advertising campaigns by fast-fashion companies are largely aimed towards women, whether it’s through social media or television advertisements, it seems the male market is almost less important – with men’s fashion standing as more of an afterthought.

So what is it like navigating the male fashion industry, and is there added pressure on men to spend more money on their wardrobe than women?

“I think the thing is for a lot of men and shopping online especially, is that maybe there’s more interest in quality as opposed to fast fashion,” 23-year-old Jarah Lee-O’Brien told Artefact.

“Obviously I can’t speak for everyone, but I personally would rather spend more money, less often, on an item of clothing that will last a long time and that I can wear over and over again.”

While most men will dip into fast fashion at some point in their lives, when it comes to shopping online, it seems there is a general consensus where more are concerned over quality than receiving an item of clothing quickly, cheaply and effortlessly. According to research, 70% of men say the quality is important in their clothing, against 64% of women.

Women’s fashion, in the Western world at least, has historically consisted of clothing accompanying dresses and skirts, as opposed to traditionally; men wearing trousers and shorts. And although this isn’t the strict norm that it once was by now, in Western definitions it is still generally more accepted in mainstream society that men and women have gendered ways of dressing.

Although the norms of gender and clothing are less defined by 2021, it’s clear that the variety of types of clothing available to men is a lot narrower. 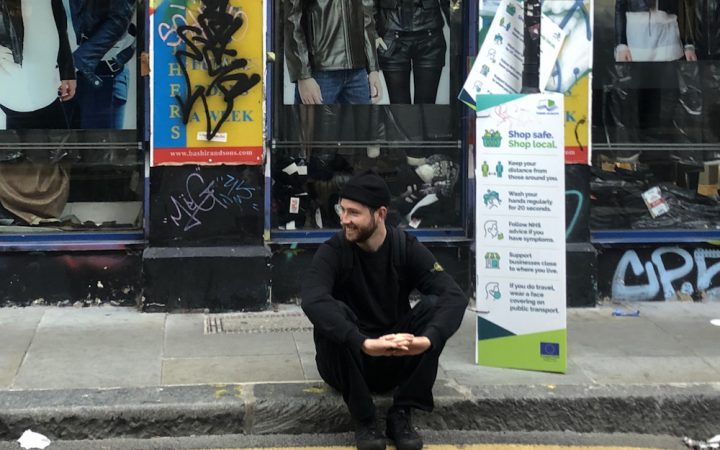 Jarah on Brick Lane in the autumn [Martha Stevens]

“I’d say that there probably is a bit more pressure on men to wear branded clothing, or at least it’s more noticeable if men are or aren’t wearing branded clothing as opposed to women,” Jarah continued. “I feel that we don’t have as many options for types of clothing in the same way that womenswear does. Maybe in a way, there’s a feeling of needing to compensate by spending more money and wearing more brands.”

While womenswear over the decades has seen trends inspired by masculine styles and menswear drift in and out of fashion, men’s attire is only very slowly beginning to explore more feminine and stereotypically female features in clothing, with celebrities such as Harry Styles, Billy Porter and Rickey Thompson leading the way.

Nick Ashley, Creative Director of Private White VC even told fashionbeans.com when discussing modern menswear, that “men are confident enough, cool enough, to wear, say, a skirt now. The fact is that women have had all the fun in terms of clothing and men have had to dress ‘appropriately’. Now they can dress just for the joy of life.”

“I guess with a lot of female clothing it doesn’t really need to have a big logo or a brand on it to look good, and quite often the cheaper or non-branded options can look great, but for men, yeah, I think in my experience anyway brands are quite important,” says Jarah.

With the UK men’s clothing market now estimated to be worth £15bn a year, according to market researchers Mintel, it’s expected to grow by a further 11% over the next three years.

In the UK at least, the predicted growth pattern for the men’s clothing market outperforms the (admittedly much larger) womenswear market. Globally, the fashion industry alone is predicted to grow by even more, 14% over roughly the same period.

“Dressing well is important to me because it’s the first thing that people notice when they look at you,” Jarah went on. “It’s a good way to sort of express yourself without having to even say anything, and you can definitely get an idea of the character of someone or what they’re like by how they’re dressed, and really I just think if you look good you feel good and I enjoy that personally.

“But I think there is probably a lot of pressure to spend more money on brands just due to popular culture, and I guess the idea of fitting in or identifying with something,” says Jarah.

It’s certainly easier for men to be ‘into’ clothes now. The overwhelming influence of street and sports and streetwear has made menswear more urban, more approachable. Dress codes have softened drastically – which means there’s more sense in investing in clothing you get to wear more than at the weekend. And men are investing: almost a fifth of men will have spent over £100 on their last non-online shopping trip – only 12% of women will have done so. 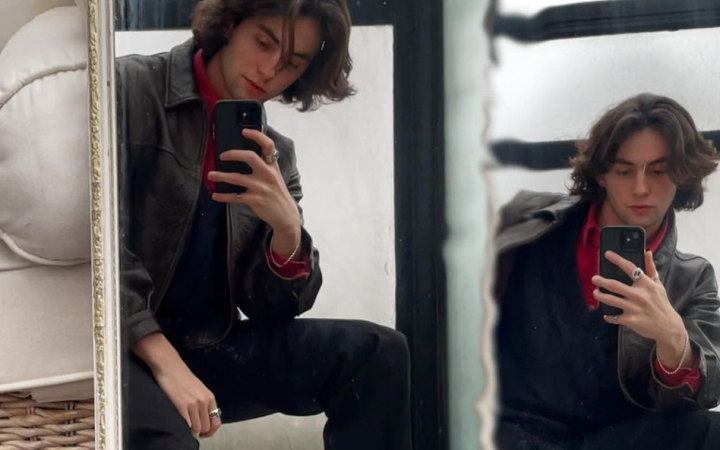 Jack Boyden, a Central Saint Martins graphic design student, takes pride in his sense of fashion. Dressing fashionably is important to Jack and views it as a way to “express yourself in a totally unbiased way”, where no one can judge you.

“If I’m honest I’d like to explore and buy from more sustainable brands, and from more expensive brands too, of course, but I’m at uni at the moment, so it’s hard,” Jack told Artefact.

“I’m trying to stay sustainable and shop from the best places for that when I can,” Jack admits, “but that can also be very expensive. It’s often places like Asos and Jaded where I get a lot of pieces, as well as going to thrift shops. Thrifting is not only cheap but you can find some amazing clothes second-hand too.”

While looking after the planet and the environment is at the forefront of any good willed fashion company by 2021, in an effort to steer clear from fast-fashion, buying second-hand and vintage clothing has become the new normal in the fashion world.

And according to research conducted by Barclays in 2020, it’s believed that the period after Covid-19 will be “an opportunity for brands to embrace sustainability”, with a continued and even accelerated shift towards sustainable fashion expected.

Perhaps as the fashion industry expands even further in the coming years, the gender norms associated with clothing will become less and less important, with less pressure to be had when it comes to dressing in a certain way. Hopefully, fast-fashion too, will see a decline as people strive for a fashion industry which is kinder to the planet and its resources.