If you have been scrolling on TikTok at some point in the last five months, then Ratatouille: The TikTok Musical shouldn’t be a phrase unfamiliar to you.

This a bunch of TikTok creators came together to write a play based on the 2007 Disney film Ratatouille. It started off as a Generation-Z TikTok in-joke but ended up being a streamed Broadway production, in a mere five months.

Rewinding back to August of last year, in the midst of that weird period between lockdowns, an elementary school teacher called Emily Jacobsen, posted a video of herself singing an original song about Ratatouille‘s main character, Remi, as a joke for her friends.

It ended up going viral, catching the attention of the many bored theatre geeks, starved of musicals because of the pandemic.

In an era following Hamilton’s success and Disney+ providing its users with the opportunity to watch the play in full, pushing the discourse surrounding the accessibility and gatekeeping of the theatre, the community was brimming with recently-inspired individuals itching to return to the stage.

The musical was a love project at the peak of the coronavirus, utilising quarantine-era creativity with and using the rising platform to turn a meme into a Broadway-ready production.

Over the five months, creators bounced off of each other, creating artwork, songs, choreography, and set design ideas, eventually turning the joke into something real and serious.

“I believe really amazing creativity can come from anywhere or anyone, and I think this app is just highlighting what I’ve always believed,” said 24-year-old Gabbi Bolt, the Australian creator behind the song Trash Is Our Treasure. 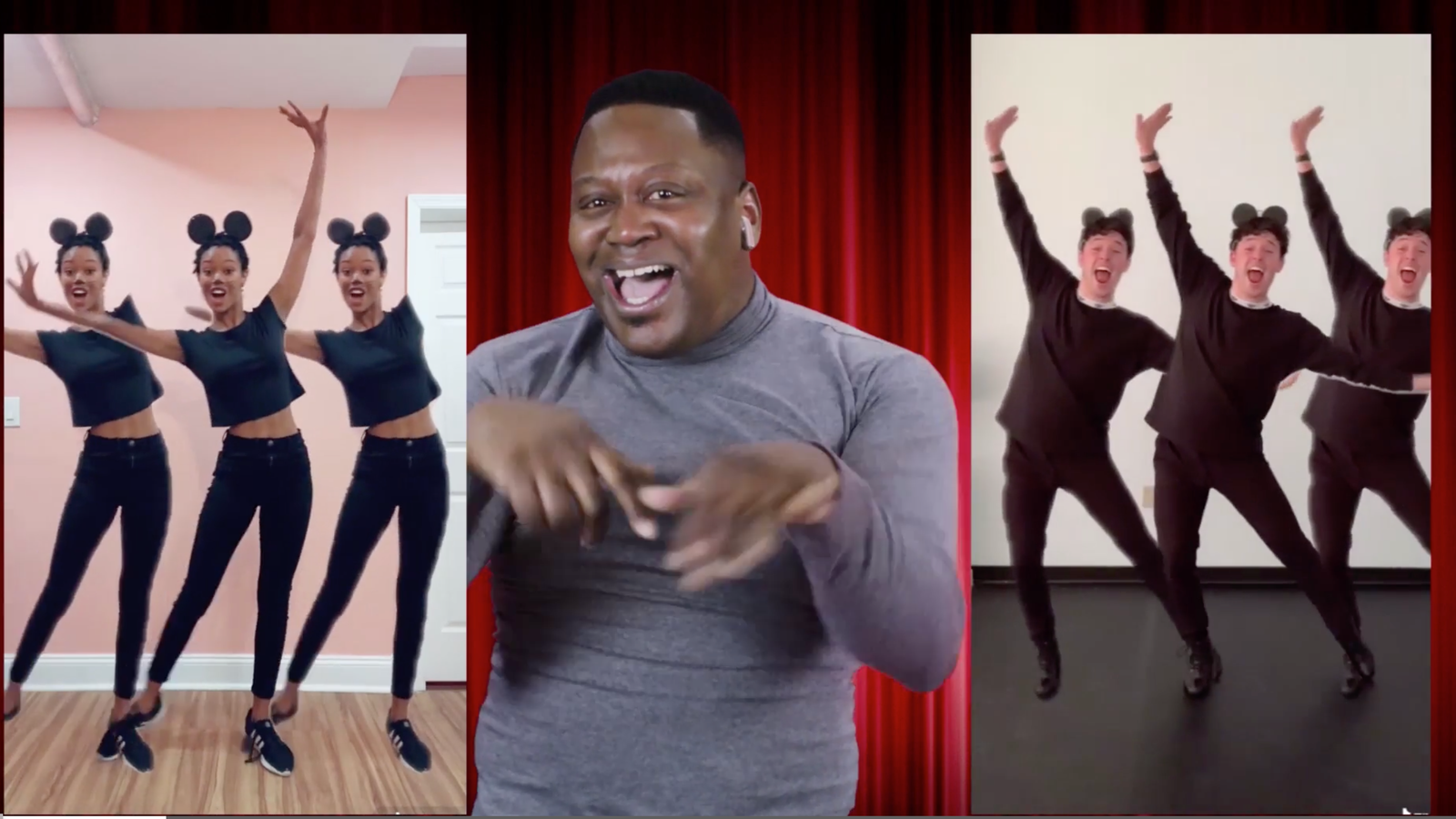 As more people contributed to the ‘fake musical’ it became less of a joke, and more like a genuinely remarkable collaboration. People began to ponder whether it would get the attention of Broadway producers, particularly after Broadway actors Kevin Chamberlin (Seussical, The Addams Family) and Andrew Barth Feldman (Dear Evan Hansen) got in on the trend.

The virtual musical benefit was to be produced by Seaview Productions, adapted by Michael Breslin and Patrick Foley, and meticulously choreographed by Ellenore Scott. With the funds going towards the Artist Fund (and raising a whopping $2 million), the tickets were readily purchasable by the general audience, removing the exclusivity that is often tied to Broadway musicals.

“The way I’ve kind of been describing it is like if a Zoom reading drank like 20 Red Bulls and then exploded onto the screen,” said director Lucy Moss.

At 26, this wasn’t Moss’ first encounter with Broadway, with her original musical, Six, making her the youngest woman Broadway director in history.

It was the least expected way that many of these creators had expected to break out in the theatre world, for many of whom this is their biggest break yet. When officially approached, several said they didn’t believe it was real at first.

“I kind of just sat in shock for 20 minutes when I received that message,” said Sophia James, the 21-year-old behind I Knew I Smelled a Rat. “I couldn’t even fathom that my silly little rat song was liked enough by these professional Broadway producers and directors.”

17-year-old Blake Rouse, a musical theatre fan from Colorado, hadn’t even seen the original movie when he first encountered Ratatouille TikTok realm back in October. Composer Daniel Mertzlufft, the show’s music supervisor, had just posted on TikTok an arrangement of Jacobsen’s original song, Ode to Remy, transforming it into a stage-ready number accompanied with horns, strings, and percussion, and a whole chorus.

Rouse had seen Jacobsen’s original TikTok, but when he saw Mertzlufft’s arrangement he was immediately inspired to join in and write two songs himself: Rat’s Way of Life and Kitchen Tango. “I thought his [Mertzlufft’s] take was genius,” Rouse said. “And I knew for a fact that I had to do something.” 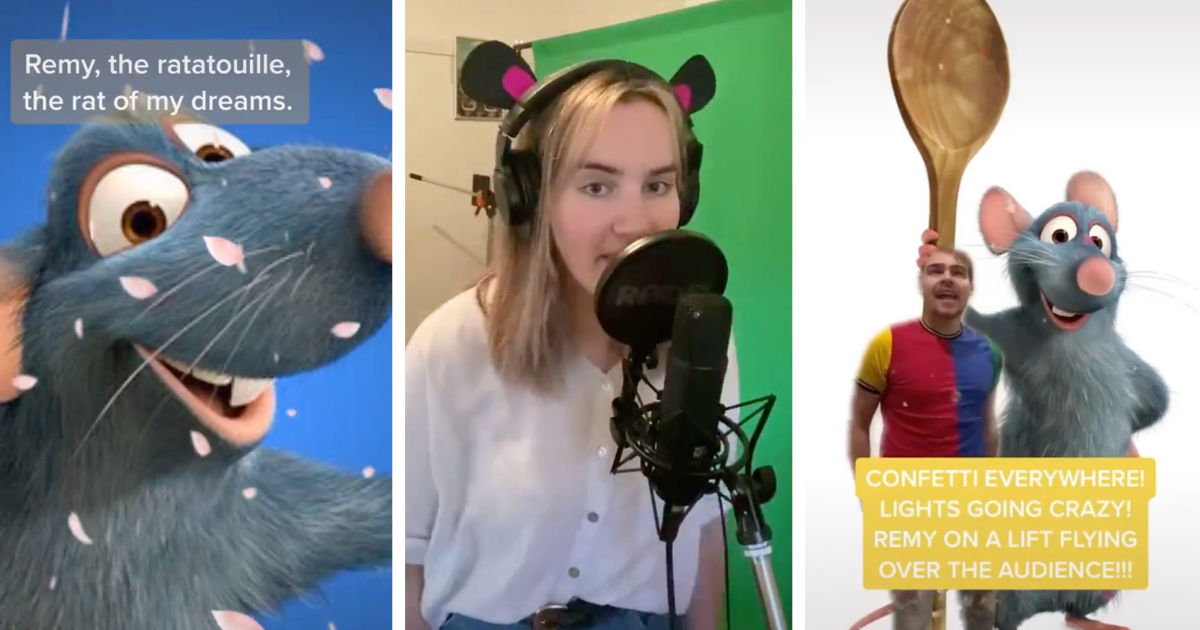 Unemployed during the pandemic, 30-year-old Chris Routh, the TikTok creator behind Shoebox Musicals, turned to his hobby of miniature set design. His visuals were used in the opening of the production, giving Routh his first professional theatre credit.

When the show started taking shape internally, many users and creators were apprehensive that Disney would take credit for the many ideas being shared on the platform, or strike down the idea totally and take legal action towards the creators.

What might happen if Disney and Broadway’s producers decided to make something of their DIY musical? Would the original creators be cut out of the process?

Instead, they said they’ve been pleased by the professionals’ commitment to keeping the musical true to itself and ensured that the original TikTok creators got their due credit. They’re all being paid for their work, credited, and will retain the rights to their songs.

“Although we do not have development plans for the title, we love when our fans engage with Disney stories,” the company said in a statement. “We applaud and thank all of the online theatre-makers for helping to benefit the Actors Fund in this unprecedented time of need.”