Whether you’ve been raised in the UK or have moved to this gloriously gloomy island from across the pond, there’s probably no doubt that you would have visited a traditional British café at least once.

Whatever you want to call it, your local caff, diner or greasy spoon, Britain is notorious for its honest and hearty breakfasts served in old-fashioned and completely unapologetic cafés, and I, for one, couldn’t be more glad.

“Shall we get a fry-up?” It was something that, pre-lockdown, I would suggest to my boyfriend at least once a fortnight — a true guilty pleasure.

The distinct smell in the air as you walk in; laced with malt vinegar, hot oil and burnt sausages. The sound of nattering old ladies sharing sliced bread and chip butties between cups of tea, while another cup is poured across the room.

See, a traditional café when done properly stands to comfort and cater to your every need. Ten different varieties of fry-ups? They’ve got them all, even a vegan one. Roast Dinner at 11:00 am? Got that too. Apple crumble and custard just like Grandma makes it? Obviously.

Because no smashed avocado on rye bread, stacks of American pancakes drowned in maple syrup, or Acai smoothie bowl could ever fulfil my appetite as a fry-up does. There’s just nothing quite like indulging in fried goodness for breakfast. 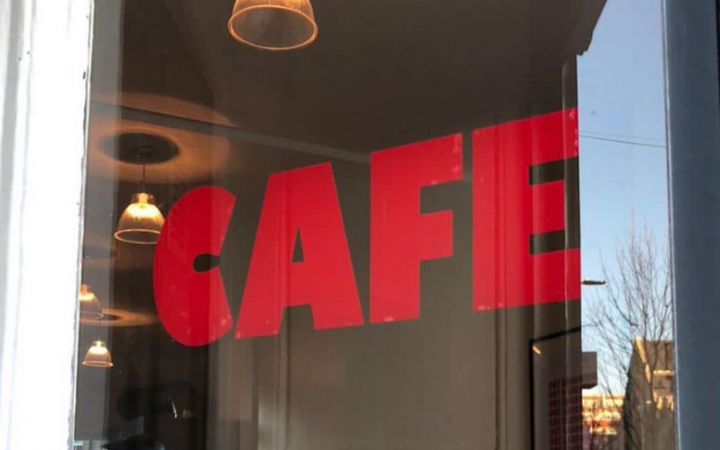 But it’s not just about the food. It’s the rows of colourful, intimate booths with sticky, laminated tables, where, as a child you’d swing your legs from the matching colourful plastic chairs. Unironically decorated with squeezy tomato-shaped ketchup bottles and brown sauce (what even is in brown sauce, by the way?) Not to mention the service, most of the time consisting of generations of the same family working a shift together, keeping the tradition alive with every inch of the establishment lovingly unchanged since opening.

So what exactly is it about our beloved, greasy cafés that makes them so great, and why do we go back time after time?

“I’m not from the UK, so I remember my first time going to a greasy spoon and thinking, it’s the quintessential British experience,” says 23-year-old Nick and self-confessed café lover. “From the baked beans to the tea and the old diner décor, I think it’s just so unique to Britain and that was quite a novelty to me.”

One example of a classic cafe is of course E. Pellicci, which has been serving up British and Italian food to the locals of Bethnal Green, east London, since 1900.

A notorious old-school and family-run breakfast spot. Its glossy, deep brown wood-panelled walls, dotted with black and white family photos are just a small part of what makes Pellicci’s so uniquely homelike and welcoming.

“I think what makes a classic café so great is the large portions of a hearty, warm breakfast for usually a pretty cheap price,” Nick goes on. “There’s a place called the Titanic in Holloway, probably one of my favourite cafés in London. I thought that was quite an interesting name to name your cafe as well, after the ship of course.”

With more than 7,000 independent cafés operating in the UK as of 2018, a recent report found that 18% of  consumers surveyed viewed the atmosphere as the motivation for their visit, compared to just 8% visiting branded chains.

“I think the café is important in the UK and should definitely be preserved because you just get such an interesting mix of people together in a caff that you wouldn’t normally see at a Starbucks or Pret,” Nick told Artefact.

“I think it’s also just a representation of British culture and being completely authentic to tradition. They’re mostly all small, independent family-run businesses from my experience that have been around for decades, so eating at a café is a no brainer to me if the alternative means going to some big coffee shop chain.” 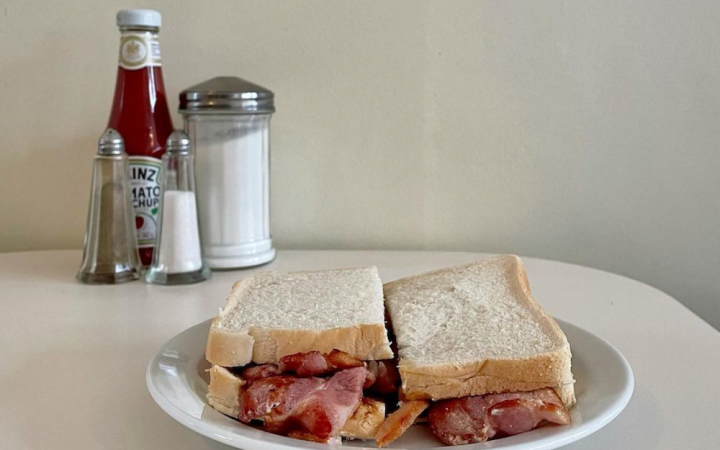 Another customer, 21-year-old Morgan feels the same way about cafés and sees them as especially important for older generations.

“Why do I think it’s important that traditional English cafés stay open? Apart from the fact that I love them, I think for an older generation they are a bit of a safe space,” said Morgan.

“You know, you get a Costa every 50 metres. But with a caff, it’s almost like stepping back in time,” Morgan goes on. “You step in and there’s a bit of an air of calm, even if the kitchen is being really loud and the staff are running about everywhere, you go in and it seems almost peaceful. I reckon when I’m 80-something I’ll still like going to a caff with my grandson or whatever.

“I think that you just get such a unique smorgasbord of faces in a caff. You’ll get an 80-year-old geezer sitting on his own, you get a mum and her kids and then you’ve got us, students, in the middle of a very wide range of people in there and I love it.”

While most new and independent cafés that have cropped up on the breakfast scene over the last few years catering to modern, healthy or vegan/vegetarian tastes, Norman’s is making an example of taking it back to basics.

Located on Junction Road in Tufnell Park, Norman’s is a refined British café with a focus on plating up good and honest food.

“Set breakfasts, fish and chips, ham, egg and chips,” are some of the dishes being ordered in the day, while at night the cafe becomes “a relaxed wine bar”, Elliott Kaye, Norman’s owner and front of the house, told Artefact.

Richie, Alex and Elliott make up the team, and “have been working in the industry for ages and always wanted to open a café.” When asked what made them want to open a café like Norman’s? The answer was simply “because we love them.”

“Of course you’re going to want a cup of tea; you’re in a caff.”

“We would go and eat in an old school cafe on any of our days off and just loved the whole vibe,” Elliott goes on, “I’d choose lunch at an old school British café over a fine dining place any day.”

With aesthetics, atmosphere and even food aside; it seems going to a café offers much more than just the plate you pay for.

The experience of visiting a café is inexplicably tinted with nostalgia. Eating breakfast in a cafe is reminiscent of so much. The happy memories of sunny Saturday mornings spent as a child with your grandparents drinking squash and eating chips. Of mid-week student hangovers in your first year of university, or of the morning after the first time your partner stayed the night.

Whether you religiously ate at one growing up or first branched out as an adult, cafés are undeniably woven into the fabric that makes Britain what it is, and I’m confident their importance will remain unmatched for many more years to come.

“I love that if you’re ordering something, you get a cup of tea brought over straight away, without even asking for it,” says Morgan. “It’s like, of course you’re going to want a cup of tea; you’re in a caff.”