Divorces are usually associated with a brief impromptu celebrity love affair or, more typically, a withering love that has gone beyond its sell-by date – both can be equally messy.

However, more young people are starting to ‘divorce’ their parents, cutting contact from a toxic relationship that is supposed to be unconditional and everlasting.

“The basis of the reasons for these divorce cases are likely to lie in areas relating to neglect and abuse and grievance issues that go back many years, probably all the way to childhood,” said Toby Ingham, a UKCP registered psychotherapist.

“However, the current climate may have brought some of these issues to the surface. It is possible that it is these adult children – people who spent their lives grappling with emotional fallout from toxic parent relationships may be drawn to divorce them, whether that happens is another thing.”

With “Centre Parcs brochure” families being the epitome of family relations in the mainstream media, having a broken family seems to be a hidden and taboo subject. But that is not true.

More young people are beginning to speak about “divorcing” their parents, breaking contact for the sake of their own mental health and stability.

Ashleigh, 23, has been independent since the age of 16: “Dad is an alcoholic dependent and a lazy, nasty stubborn man. My mum has been with him since she was 15, so won’t ever leave him as he is all she knows. This is why I don’t speak to my mum anymore as she won’t stick up for her children or herself. This has taken a massive effect on how I’ve grown up.

“The stress and the responsibility of being a parent are put on the child, whereas it should be the other way round. Having to come to terms with playing a role where you have to act as the understudy to the main actor is inconsistent and unreliable is difficult,” Ashleigh told us.

“I have felt isolated and felt unwanted or unloved. I’ve had to take on a lot of the parenting for my younger siblings growing up, meaning I did a lot for my age that people my age normally wouldn’t. I feel I’ve missed out on a lot because of that. It’s the reason I have bad mental health now. It’s made me very depressed.” 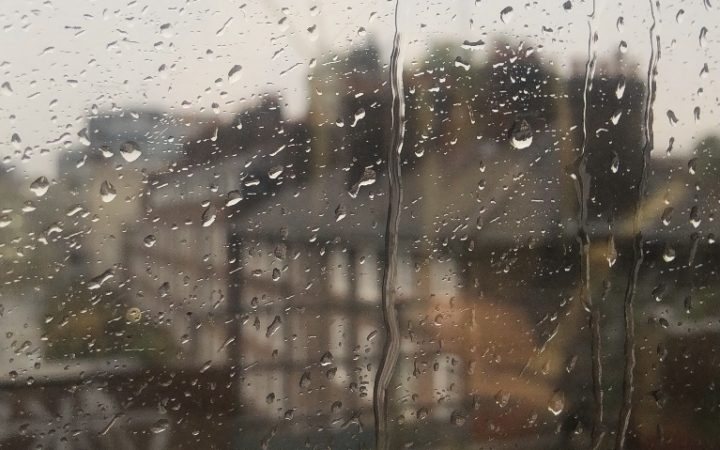 Grey and dismal, being in a toxic relationship with a parent is nothing but emotionally draining [Layla Nicholson]

Stability in childhood is said to be the essence of having the best chance of healthy adulthood. Having childhood memories tainted with toxicity is potent to how people view themselves growing up.

“A child who grows up in an unstable or emotionally toxic home is more likely to go on to have problems regulating their own emotions and moods.  A good child/parent relationship is a safe environment. It provides containment and security for the child. This is ideal. Children who have this tend to grow up to be parents who develop and foster emotional security and regulation in their children. It can have very serious long-term effects.  A good parent/child relationship creates emotional and psychological stability that can become internalised in the child.  This enables the child to negotiate its own way around all kinds of complex emotional issues while retaining stability,” Toby said.

Asking Ashleigh if she ever felt the stigma of not speaking to a parent, she explained how people perceive her for this: “In some cases, yes, in others no. Sometimes I wouldn’t because I find it embarrassing. Or that people look down on you because you’re a bit messy, like you have some sort of a baggage. But I’m so open about things. So, I am just careful who I tell and who I don’t, depending on how I think they will react.”

Sophie* has recently cut contact with her mother after coming to breaking point in August 2020 with her mum’s manipulative and controlling behaviour, which got worse once Sophie moved to university in 2018.

“I didn’t realise how controlling my mother was until I moved away to university and gained independence, only for this to be removed as soon as I returned home. During the first UK Covid-19 lockdown in March 2020, I decided to stay at my university house alone rather than going home, as this was the best of two not great options for me.

“Sadly, my aunt passed away in May 2020, and this required me to return home. However, I did not want to do this. Instead, my partner offered me to stay at their house, so I took them up on this,” she admitted.

This incident angered her mother and created many issues, so Sophie decided to block her on all social media and messaging platforms at the end of August 2020.

[pullquote align=”right”]“I was supposedly ‘being held captive and being coerced by my partner and his family’.”[/pullquote]“Her intense and constant bullying through nasty messages was the final straw for me to block her for my own mental health. I received these horrible messages daily, sometimes several per day and voice messages too,” Sophie told us.

“In June, I received a letter from her stating that I was no longer welcome to live there and to return my house key. A following altercation occurred in which I tried to get my belongings back, which failed as she wanted me on my own.”

Sophie was effectively made homeless by her mum and unable to retrieve any belongings if her partner or friends accompanied her.

“I involved the police, but there was not much they could do other than offer to accompany me to keep the peace as this was a domestic matter. This never happened as the police came to check on me at my partner’s house. They had to do a welfare check as I was supposedly ‘being held captive and being coerced by my partner and his family’.

“After I told them I was fine, all of my personal belongings were put outside the front of my mother’s house in the pouring rain. I didn’t retrieve them as they were already damaged. An accumulation of these events led me to cut all ties with her.”

Sophie has been receiving private therapy since September 2020 to overcome the trauma she has been put through by her mum and regain some control over her life.

“I found the situation extremely difficult and stressful at times and had poor mental health. My mental health is recovering, although having to deal with past childhood trauma still haunts me today, and this affects my daily life,” Sophie said.

“I still have a long way to go, but my life is much better. I have freedom, a voice and I feel validated. I don’t think of her on a regular basis like I did. As time goes on, I believe this will be a small part of my life.

“I am very lucky that I had other supportive people in my life, as I don’t know if I would be here today without them.”

[pullquote align=”right”]“I have freedom, a voice and I feel validated. I don’t think of her on a regular basis like I did.”[/pullquote]Ella*, who’s 22, has struggled with coming to terms with her mum’s “psychotic” behaviour: “I spent two years in counselling, finally restoring my compassion for my mum. I felt nothing when she would hug me; I would feel complete apathy. Moving to England was the best thing I did to protect myself. Even though I struggle to Skype with her regularly because it takes up so much mental energy, I get to spend the majority of time away from her,” she said.

“Having a parent that you can’t rely on proves difficult, and having to keep up a strong demeanour to prevent triggering them is even more so.

“My mother really doesn’t know me at all, and now that I’ve been struggling with my own mental health, it feels a bit shit not having a parent to confide in, and even shittier that I have to lie about everything being great to maintain her perception of me,” Ella told us.

“The hardest part, though, is that I still feel guilty for not being able to make things easier for my dad, which is, of course, fucked up too because he’s an autonomous person, and it’s his responsibility to find out how to deal with my mother.”

“If you grew up in a toxic relationship, you might struggle to develop lasting and secure emotional relationships. A lot of my psychotherapy practise is concerned with helping people develop a reliable sense of emotional stability in themselves in later life,” Toby told us. 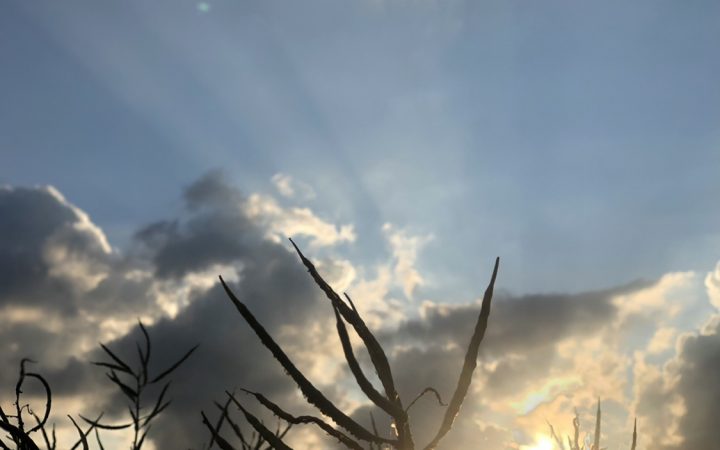 Light is always stronger than the darkness. Breaking free from toxic ties brings new power to those ‘divorcing’ their parents [Layla Nicholson]

Unconditional love becomes some sort of warped myth with having to grow up with a toxic parent. Vee, 22, has had to deal with a toxic dad, having a lasting effect on how she perceives relationships now.

“I’ve always had a difficult relationship with my dad. I grew up with my mum and would see him every second weekend. He then started drug abuse, which I’ve witnessed very young, as well as him emotionally blackmailing and abusing me. I have drastically reduced contact with him and only talk to him once a month due to him still sending me child support until June this year,” Vee said.

“Growing up, I never dared to speak up to my dad. I remember at one point, I told him I didn’t like his new girlfriend, and he said we won’t see each other again then, which made me endure a lot out of fear of losing him. This makes it hard for me now to lead relationships without anxiety. I’m very scared to be abandoned.”

“After confronting him, he basically disowned me. It made me realise that I have to choose now for a lifetime of being in his control or to break free, no matter the consequences. I’m an adult now, and he has no power.”

Having to mourn after losing someone who isn’t dead is a complex task, and realistically it doesn’t make sense. Divorcing a parent is never going to be easy. But staying in something broken is harder.

* Some names have been changed at the request of the interviewees