Martina Martian is an Australian photographer and multidisciplinary designer. Now living in London, she has around 150,000 followers on her various social media platforms, and it doesn’t look like her ever-growing popularity will end anytime soon.

Martian is an alias she has been using since the beginning of her career; she tells us she has been taking pictures her whole life, but a few years ago, she started illustrating and creating artwork and she “kind of fell into that side of things very heavily” because it just took off and she started getting a lot of clients; “I worked with some amazing billion-dollar companies illustrating and doing all these different creative contents.”

She is recognised for her bold use of colour and nostalgic style and has done collaborations and partnerships with global brands such as Adidas, Nike, Adobe, Instagram, Snapchat and many more. 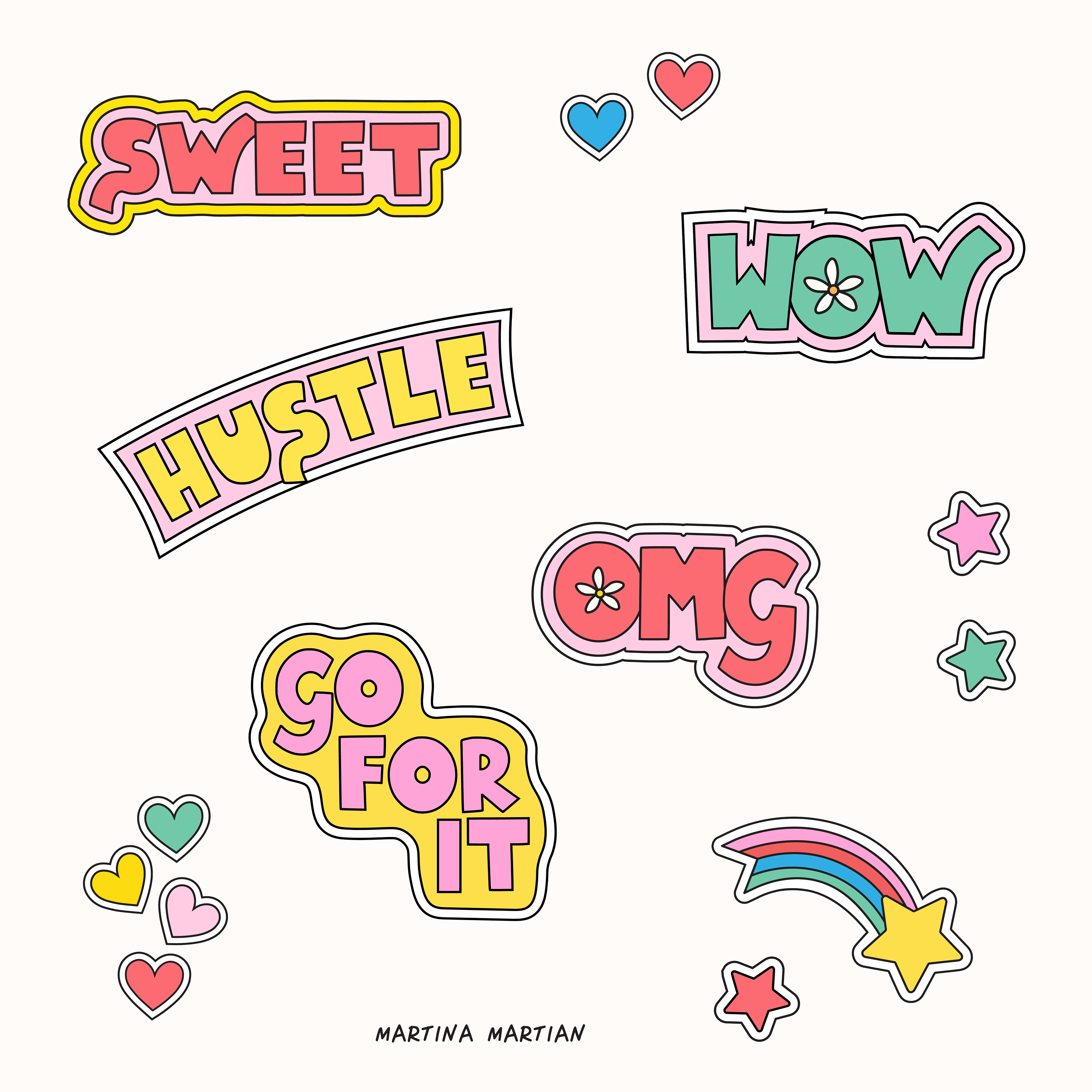 Martina emphasises how Adobe were her favourites to work for because “they’re just like the program that we use when we’re growing up as little creatives, you know, using Photoshop every day.” So “for them to reach out to me and not only want to work with me, but actually have like an ongoing relationship with me as an artist, I was like okay, wow, this sh*t is real.”

Speaking of little creatives figuring their way into the real world, Martina says her parents always took what she does seriously, but not everyone understands that this is a real job at first. Sitting on our phones checking emails, creating content or even going to parties and events to meet people to work with doesn’t look like a typical job because, it isn’t!

Martina says that one of the biggest misconceptions about her job “is that it doesn’t look like we’re working. All the stuff we do seems ‘somewhat fun’ rather than work. And I think the hard part about that is drawing the line between what is personal and what is work because when you’re creative, the lines blur all the time.”

Especially during the lockdown, it is hard to know when to switch off, and for Martina, this ended up being a turning point. Creatives were not getting much work in anything, really, so it was an excellent opportunity for her to re-evaluate what she wanted to do.

As a result, she started incorporating photography with her work more, and now that’s one of her main creative outlets. “It kind of created a second wave in my creative career.” 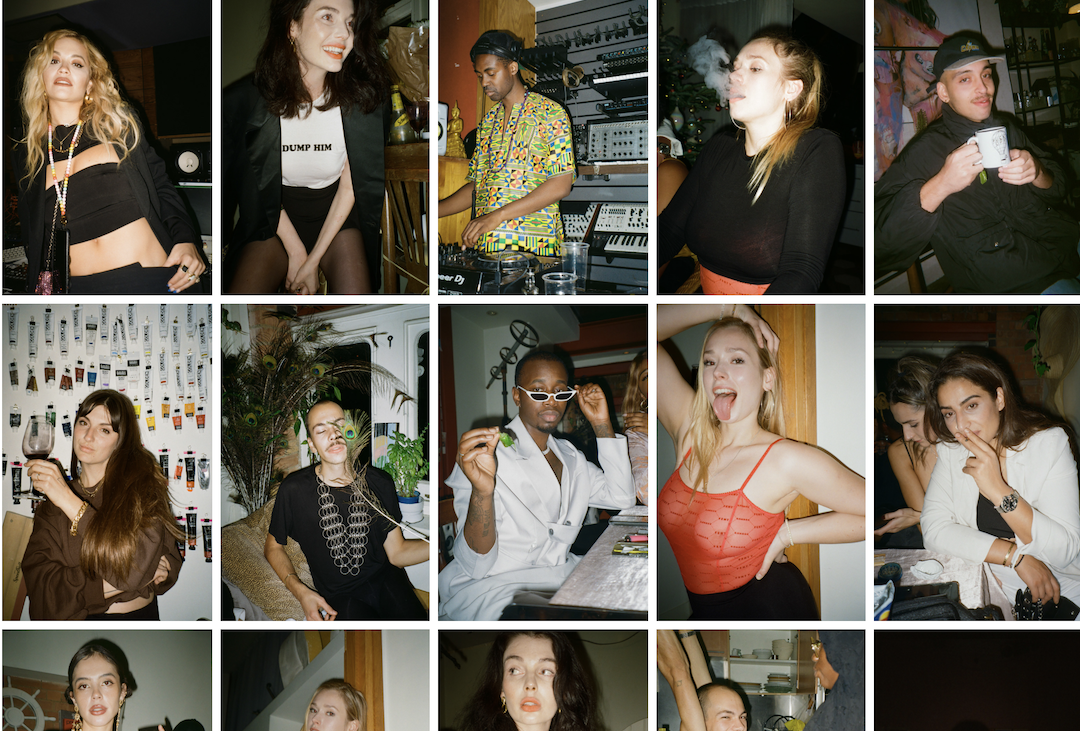 Although a positive side of the lockdown was figuring out her next steps, Martina recalls trying to find inspiration as “one of the hardest parts of lockdown” for her as she finds her inspiration in people and changing her environment. “It was pretty difficult. I like photographing creatives and individuals with something to say.”

She also tells us another significant downside to the pandemic and the lockdown is that everything is “up in the air right now; we can’t plan two months in advance, let alone a five-year plan.” Having faith that you don’t need a plan and things are going to work out was definitely her biggest challenge.

She has always been fascinated by people. That is what inspires her the most; Martina always said that she is not interested in “make-believe, fantasy or constructing alternate realities”.

She believes the world we live in and the people in it are already so fascinating and exciting that there is no need for such things because inspiration is already all around us.

When her main gig was illustrating and being a visual artist, people came to her for her creative direction, but, now that she is leaning more into photography, she is finding that she has to collaborate with other people’s concepts a lot more.

“That’s a good thing because I think you kind of get to a point where you think your ideas are the best ideas. And that’s a really limiting point to get to. I believe that as soon as you start thinking that you should have control over everything you create, that’s probably the point you should be collaborating and opening yourself up because you’re going to get into a rut.” 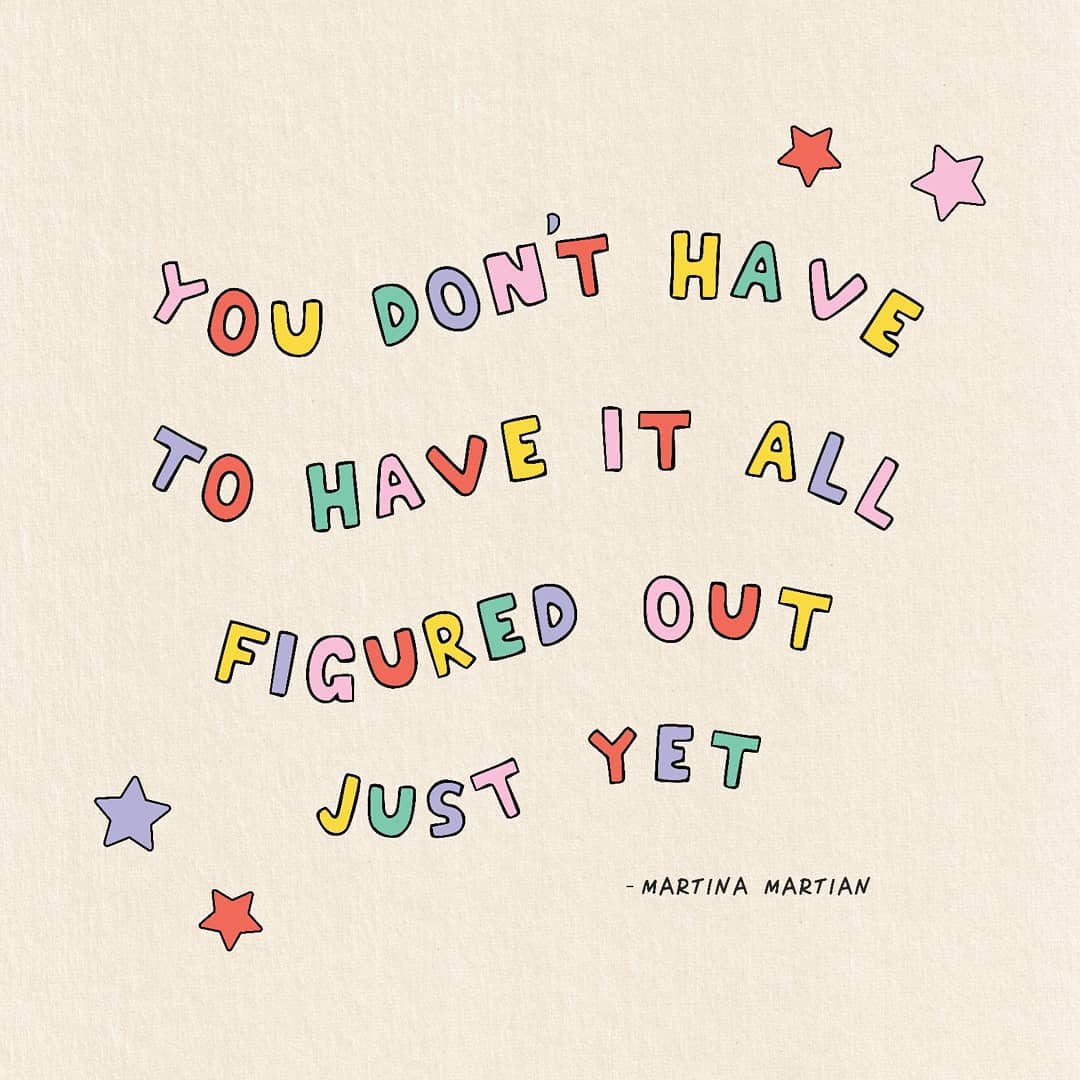 She is very active on social media, goes to every event – when allowed – and meets everyone she can. She finds this is the most reliable way to never get into that rut: “People always feel afraid they’re going to get left behind, but you’re only really left behind if you leave yourself behind.”

Although an avid social user herself, when asked if having a big following is almost an “unspoken requirement” of the industry now, Martina says she doesn’t believe it to be necessary. Real-life connections still count for more and she says that sometimes, the people she meets that are doing the most remarkable works have no socials whatsoever.

That being said, it is still a fantastic opportunity to connect with more people, and people are the real currency. “If you can use these platforms to your advantage, why wouldn’t you?”

For Martina, jumping on TikTok has been a “surprisingly good way to keep in touch with the industry’s best work and culturally relevant news,” and it’s funnily enough where we found her. She created an account on the platform around Christmas time and already has 14,000 followers and almost half a million likes.

She started it “as a way to just do something different and focus on photography without the pressures of my Instagram” because when you have a big audience, there is always some sort of invisible expectation and pressure.

“A lot of people are feeling that pressure. TikTok is almost like a private world, where you can feel a bit more anonymous. You can do what you want and that’s really freeing.” 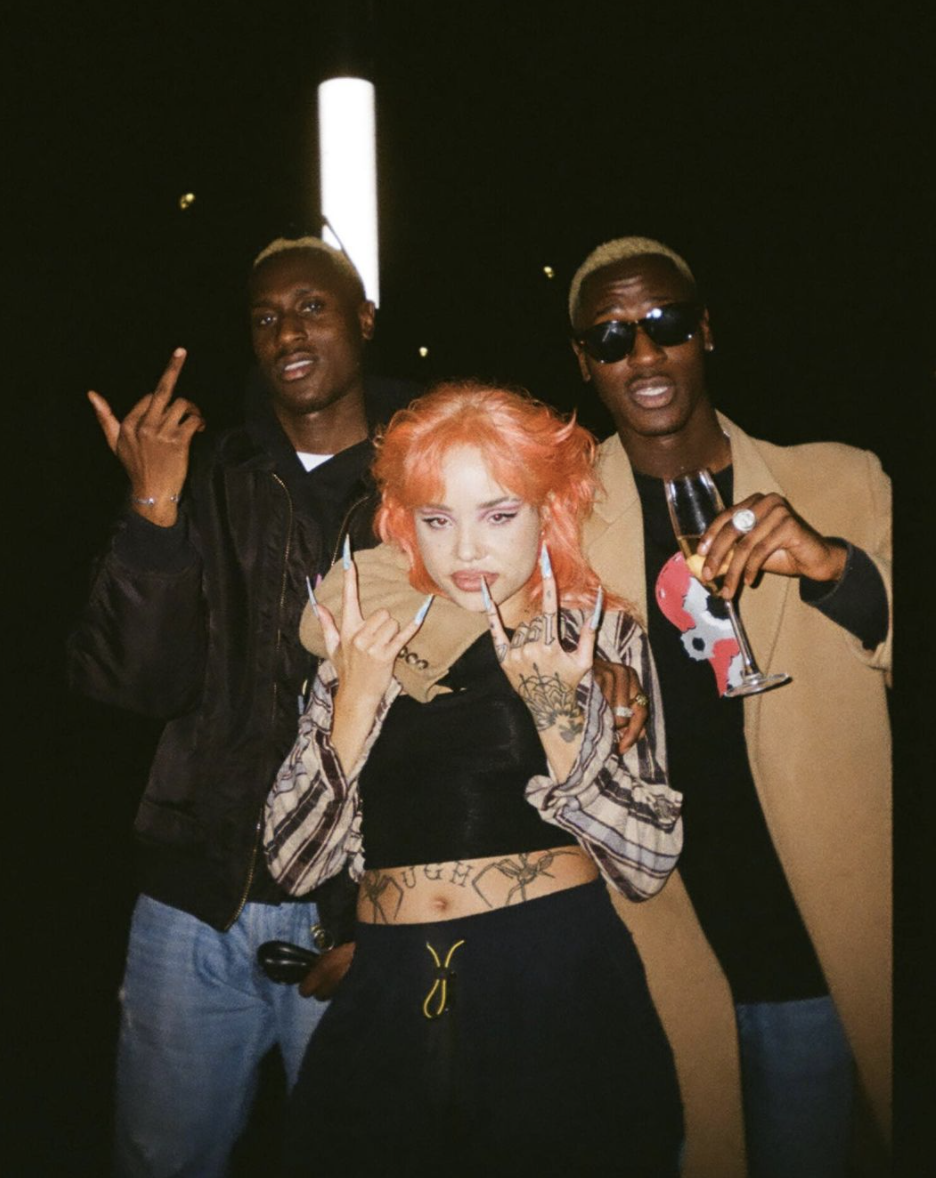 Diving into her past and “wonderful career” as an artist, Martina reveals that she was a music journalist when she was still a teenager. All she wanted to do was photograph musicians and document that side of the story, which is pretty much what she ended up doing now, on the other side of the world.

“It’s so funny that I’ve come full circle and I’m returning to that now. You sometimes put aside dreams to follow a new dream, but I feel like you always come back to that original dream.”

Considering this a beautiful next step for her, she also says that maybe things would’ve been different if she hadn’t let a few bad experiences put her off from working in the industry and with men. But she is confident that everything happens for a reason. “Everyone has their own weird little journey.”

If she were to advise anyone trying to navigate their way in this field, it would be that “you just have to show people what you can do” because you can’t expect people to want to collaborate with you if you haven’t shown them what you’re made of.

Never be afraid to put your hand up and say, “I’m willing to do it,” because there are still all sorts of people that are thriving and need help.

One such project is LDN, LATELY, a collection of disposable camera photos and journal entries from a year-long period of living on-and-off in London, documenting personal growth, heartache and identity in the city. 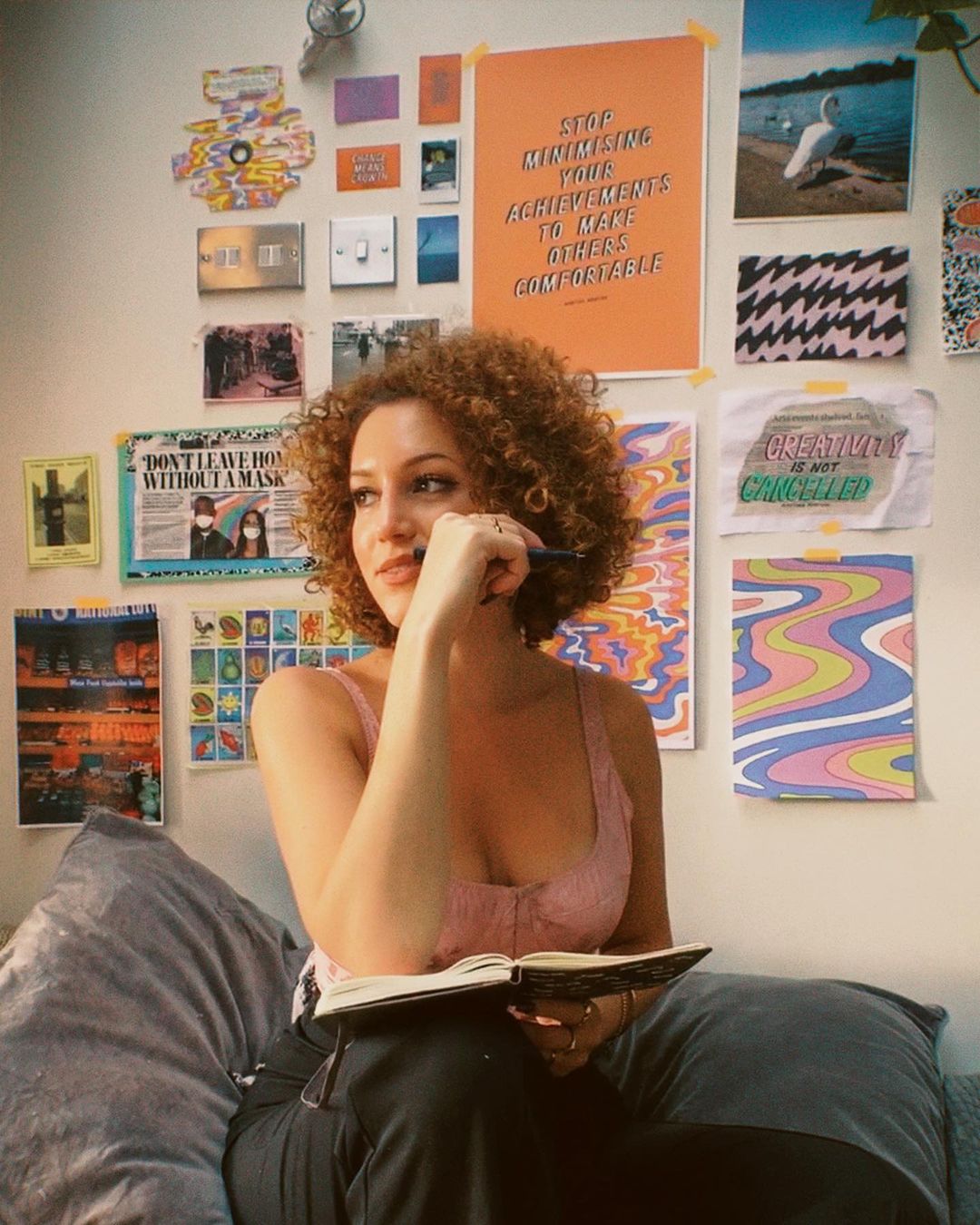 Her latest is a Scenes from isolation a collaborative project – soon to have a “Round 2” – inviting individuals from across the world to document their experiences of isolation.

Each recipient received a limited-edition single-use camera designed by Martina to capture this strange historical time through a personal lens. The resulting images act as a time capsule for this point in our lives and will be curated into an online experience in the future.

Although she “absolutely loves” to do these projects, she admits that the logistical side of them is always a nightmare because she just wants to create. Usually, she will have someone to collaborate with who can kind of take care of that side of things; learning to delegate and not having to do it all by herself is “a very good thing.”

Creatives always get way too caught up in the technology of the equipment they are using, and it stops them from actually creating. So just use what you have and have fun and “always have music playing because music makes people loose. Party pictures are always the best ones. And there’s a reason: Everyone is drunk!”

Finally, Martina reminds us that every decision we make will lead us to our dreams eventually and we should never stop chasing them.

“Exciting or painful, all these experiences one day will remind us that we changed, we felt things and we lived.”