“Many men avoid disclosure of their problems due to this misperception that eating disorders are exclusive to young white females, even though this still holds true.”

Claire Rollings is a former nurse, works at University of Bristol as an advisor on a phone line for young girls and boys with eating disorders, and she’s concerned that fewer men are talking about their problems with eating because of the stigmas that seems to be firmly attached to them.

“There are so many misunderstandings about the causes, but they have the highest mortality rates of any mental health condition, and the provision for services has been woeful for decades. Eating issues have quadrupled since the beginning of the pandemic.”

These findings highlight that the penetration of feminist theory is vital within medical environments, so that the condemnation and stigmatisation of those with eating disorders can be reduced and restructured.

Rather than representing these illnesses as something purely vacuous in nature, we should explore concepts surrounding self-control. 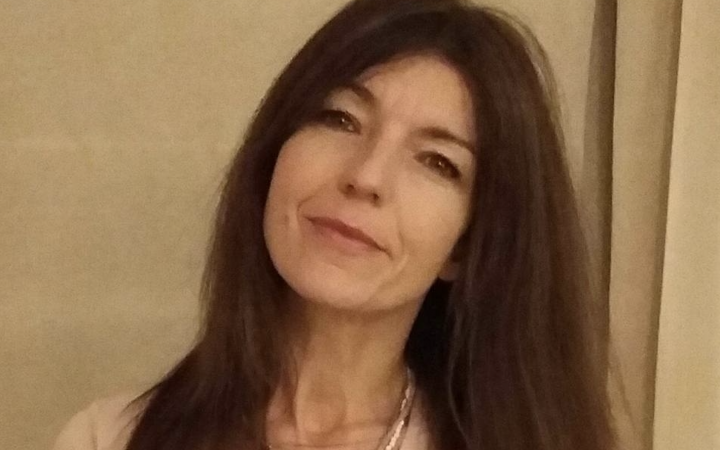 Why are eating disorders are on the rise? Maybe it’s because lockdown is making people feel as if they are losing control, and routinely lifestyles are more difficult to keep up.

Let’s not forget that medical feminism isn’t a new thing. The very need for this brand of feminism partly comes from the decision to “neglect” an entire group of intellectually able citizens. Years ago, women were charged more in medical school and people, including women themselves, were even protesting at the gates for exams that would get them there.

It wouldn’t be wrong to laugh at the old world of medicine, because people didn’t want doctors that were women. The world of medicine has been and (arguably) still is, inherently misogynistic.

Perhaps one of the lowest moments in history for woman was the ‘Mississippi Appendectomy’. This was the medical practice that forced the sterilisations of poor, black women in derelict parts of town, deemed unfit to reproduce.

This continued well into the modern era, and by 1980, there were still more than 700,000 cases of involuntary sterilisations happening across the United States.

Fanny Lou Harmer, now recognised as a black feminist icon, was one of them. She woke up after what she thought was a minor surgery and discovered that her uterus had been surgically removed.

It’s still happening in Canada, with dozens of victims having come forward in 2017. Recent studies show that public hospitals have been allowing sterilisation practises to target indigenous women proportionately, if not exclusively.

Before Covid-19, medicine and health care illuminated many feminist issues. Women are still dying unnecessarily more than men because medical science tends to be solely focused on male anatomy.

Many argue that outdated societal ideals are hindering progress which is needed in order to help our civilisation grow and prosper, and that we need to stop living in denial.

As the Coronavirus continues to take thousands of lives per day, women and children have been stripped of their resources; they are forced to give birth alone (though arguably this can’t be helped), turned away from GPs under the demise of ‘women’s issues’ and, in worse case scenarios, dying as a result of neglectfully conducted medical research.

[pullquote align=”right”]“The provision for services has been woeful for decades.”[/pullquote]Many would argue that Covid-19 has distracted us from very real medical, feminist issues that were already seriously under-reported, whilst simultaneously creating desperation for solutions like never before.

They would say that the spread has acted as a catalyst for action surrounding conversations that were always needed, but otherwise typically ignored; our consumerism, magnified by cringe-inducing videos of people panic buying toilet roll.

The failure of secure and reliable welfare systems, as the whole country goes into unemployment was amplified as we also saw how systematic education structures could fail young people, as the entirety of students studying their ‘A’ levels and GCSEs would have to base their futures on a socio-economic algorithm.

This collapse of routine has also given collective communities a new sense of being; it has altered perspectives in ways that have had the power to change our futures.

Perhaps if it wasn’t for Trump’s attitude toward the upholding of human lives in a pandemic, he would still be waving his little hands from the stairs of the US Capitol.

This is why it could be all the more frustrating when we consider that there is still so much to do when it comes to global health policies. You would think that a national health crisis such as Covid-19 would entice us to challenge and reform aspects of our medicinal care structures. It hasn’t. 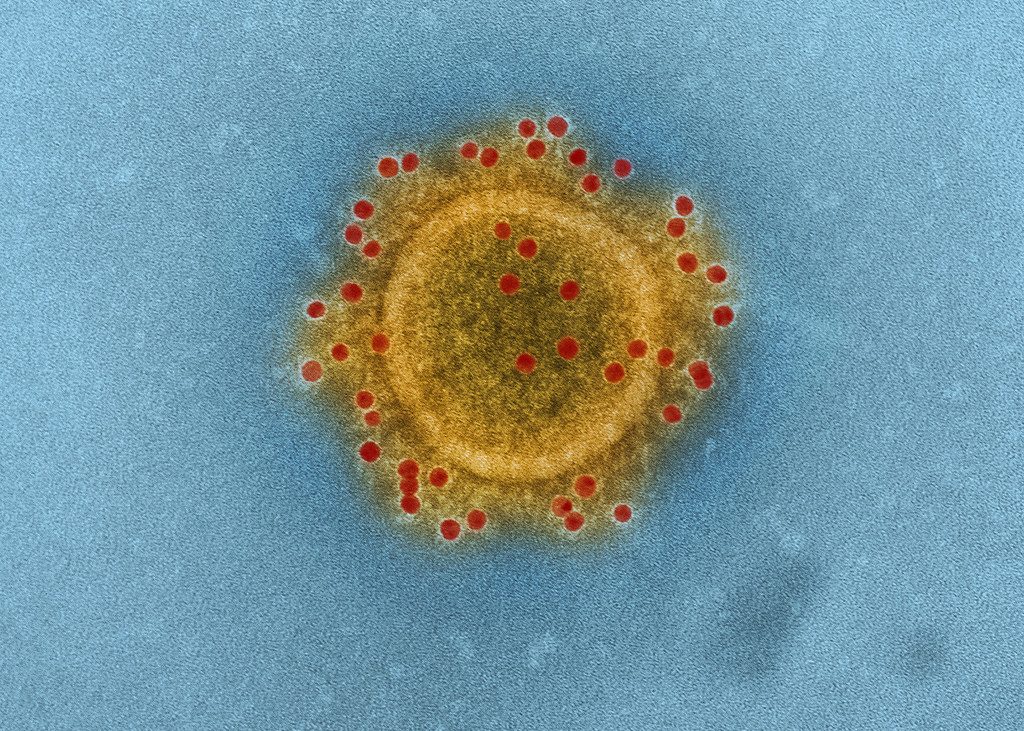 The spread of Covid-19 has magnified some very real feminist issues in medicine [Flickr: NIAID]

Erika, mother of four from Liverpool, spoke to us about her “horrible” experience with doctors having suffered from abnormally painful periods during the Covid outbreak. “Medicine is a huge feminist issue,” she says.

After numerous trips to the GP, telling them of “sharp stabbing pains”, and that her “seventeen-day period” was so bad that she would have to “steel herself to go for a wee”, healthcare professionals eventually came to the conclusion that Erika was suffering from ovarian cysts.

This went on for weeks, by which time they were desperate to find out whether the cysts were benign or malignant

The 38 year-old firmly believes that the spread of the virus has just highlighted issues that were otherwise under-discussed: “I think if we were given the opportunity to speak to women GPs when it comes to things like this, then we wouldn’t be victims of mansplaining and maybe taken more seriously before it’s too late,

So much medical research is based on men, and I also think women are infantilised when it comes to medicine, plus there is that feeling of dismissal when it’s ‘women’s issues’.”

Contrary to the basis of this argument, we should point out that men are actually more susceptible to mortalities than women in the dreaded demographics of Covid-19, but this is beside the point.

Women have been singled out as second studies in medical research since the beginning of time since Aristotle referred to the female form as a “deformed or mutilated male”, and since the drug thalidomide had catastrophic effects on newborn babies.

Matthieu Bourel informs us of the aftermath of the thalidomide scandal, and it’s even more concerning:

“The FDA (US Food and Drug Administration) reacted to this with concern and decided that going forward, it would completely exclude women of maternal age from clinical trials to protect their health as well as their children’s,” Matthieu said.

[pullquote align=”right”] “We put up with all kinds of things related to being a woman, because it’s what, the way it is? I think we put up and shut up way too much. Me included.”[/pullquote]”In retrospect, this wasn’t the wisest decision. All women from the age of puberty until menopause were excluded from research, and therefore women no longer informed research decisions.”

Fortunately, things aren’t as grim as they once were, as it is now mandatory that women are included in clinical trials. Still, this inclusion fails to address the fact that men and women are fundamentally different.

Women’s anatomies need to be exclusively and intricately researched in order to ensure that their medicinal needs are met with accuracy and consistency.

Of course, it is not just women who suffer from medical gender bias.

After making a documentary for the BBC, presenter Rhod Gilbert said he was shocked by some of the findings: “I read that sperm counts across the entire Western world have dropped by 60% in the last 40 years. That blew my mind.

“It occurred to me that I had not really heard anyone talking about this, and it made me think more generally about male fertility and how men never talk about it. Not to friends, not to family, and often not even to partners.”

Indeed, these statistics are a result of nothing less than what “feminists” would describe as toxic masculinity. Others would boil it down to the situational neglect that is encouraged by women typically being child-bearers, but it really is just another side of the same coin.

Old-fashioned, patriarchal systems in medicine could be spurring one-sided conversations that leave the studies of male infertility understudied and even ignored. 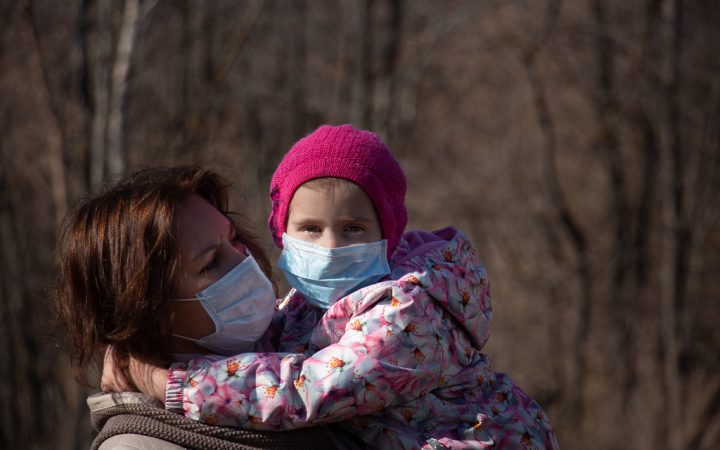 Women and children are suffering, and not just because of Covid [Flickr: Nic Anderson]

This continued unconsciousness surrounding the importance of men knowing that they can speak up about their health problems extends beyond infertility; we’re all aware that this is the gender more vulnerable when it comes to feelings of inadequacy and depression.

Still, by failing to address these gender biases in medical research, we are choosing to ignore some very real issues that involve just as many deaths as those from Covid-19. Women are 50% more likely to suffer from a misdiagnosis following a heart attack than men.

The pharmaceutical industry is also partially responsible for the premature deaths of a number of women.

Following the distribution of Ambien, a heavy sleeping pill that produces dangerous side effects seemingly exclusive to one gender.

Those “under the influence” would sleepwalk and then get in their cars, only to drive recklessly in a dreamy state, risking the lives of not just themselves but the people around them too.

These examples are just a fraction of what the medical profession needed to tackle in the interest of women’s health and autonomy.

They all display senses of urgency, yet we continue to live in states of denial, branding these topics with political subject matters and then, almost purposely, deterring us away from the real threat.

Sarah Hillman, an academic researcher and clinical lecturer, describes this threat in her TED Talk as the “sleepwalking into male-orientated medicine”.

“I never questioned my ability or eligibility to go to medical school,” she says. “Naively, I had never really considered that gender bias existed in medicine. As my experience grew, I realised there were some real issues. I now call myself a medical feminist.”

We shouldn’t look at the current medical climate with complete pessimism. Covid-19 has reminded us of the importance for an equal and accessible health care system, and that means something good can arise from it all.

Now is the perfect time to look at how these systems can be tackled with in-depth research across both genders for the greater good.

Featured Image by the UK Department for International Development via Flickr CC.
Edited by Vanessa Richter and Charlotte Gamage

By Rella Jefferies
5 Mins read
Processing traumatic memories using medication is no longer an idea restricted to the realm of science fiction.