In his quest to make the ultimate coffee, Eric Favre was led to Sant’Eustachio Il Caffè in Rome – there was a long queue outside the cafe, as the other coffee shops nearby, using the same machines, were largely uninhabited.

Speaking to the barista, he found the secret that would help him make a machine that offers high-quality coffee at the fraction of the time it takes using other methods of brewing.

That was in 1975. Eric took the method of pumping more water and air into the bean grounds and used it to design what would later become Nestle’s famous Nespresso line.

A sealed capsule (or pod) that would keep the coffee grounds fresh. The ease of instant coffee at home, combined with the high-quality taste that was only previously matched by a barista, it revolutionised the home coffee industry.

Over four decades later, coffee pods are still popular. An estimated 12.6 million British households owned a coffee pod machine in 2018, which is nearly half of all households in the country.

This number is only likely to increase during the pandemic, as coffee shops shut down and the demand for high-quality coffee at home rises. According to The Guardian, more than 400 Nespresso coffees are drunk every second.

But these coffee pods come at a price. According to Halo, every year nearly more than 56 billion coffee pods end up in a landfill, making it an unprecedented ecological disaster.

These capsules are notoriously hard to recycle. The mixture of aluminium and plastic in most coffee pods are the main reason why recycling them is a bit harder than simply dropping them in a recycling bin. 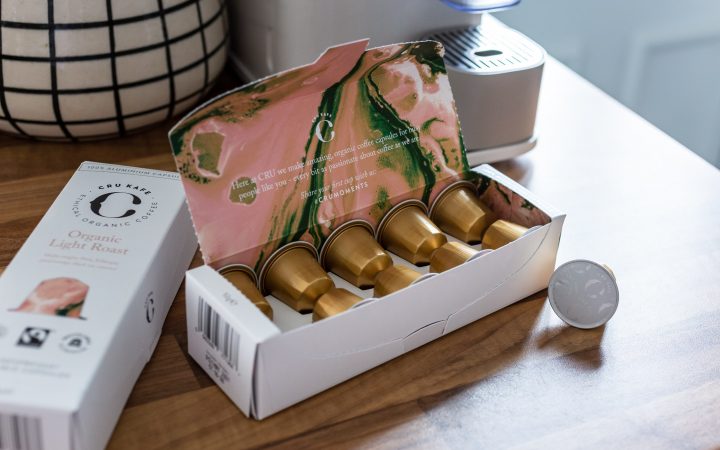 For example, Nespresso’s coffee pods are made of virgin aluminium, and can only be recycled by dropping them off at Nespresso stores or by mailing it to them. Keurig’s K cups are made of a special four-layer plastic, filter and foil top. However, in order to recycle them, you have to carefully take the pod apart, clean it, dispose of the foil, compost the coffee grounds, and finally recycle the rest. This is a complicated process, meaning that most people either won’t do it properly or will just chuck it in the trash instead.

When Nespresso lost their patent in 2013, it allowed for more companies and start-ups to make coffee pods that were compatible with Nespresso machines, which remain as one of the more popular brands to date. This is where sustainable coffee companies like CRU Kafe and Roar Gill come in.

Roar Gill makes coffee capsules that completely ditch both aluminium and plastic in its pods. Instead, they rely on “cutting-edge wood fibre bioplastic that is certified to be 100% compostable”.

Bioplastics are plastics that are made from biomass, rather than fossil fuels. This allows them to reduce their greenhouse emissions by a lot by avoiding oil and petroleum based plastics. 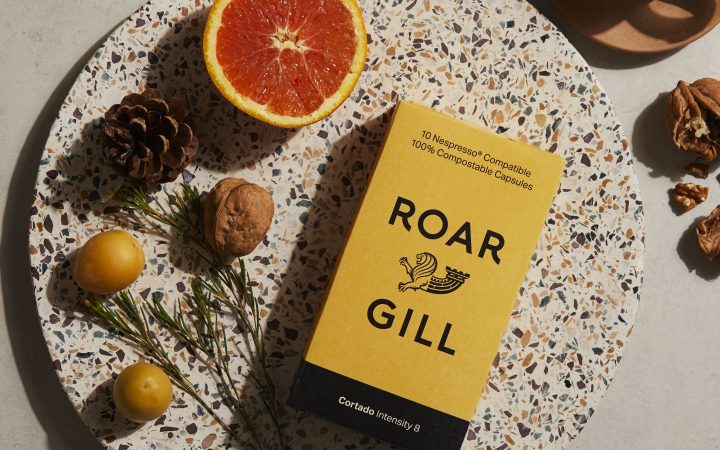 “Nespresso’s own figures says that most of those capsules are never recycled,” said Joe Chambers, the CEO of Roar Gill. He believes that composability is the way forward for the coffee industry, as they use renewable materials that decompose completely within six months to a year in both domestic and commercial composts.

However, the issue with compostable capsules is that not everyone can turn these pods into fertilisers. Not everyone has a garden where they can discard all their organic waste.

For people living in small flats in cities like London, people have even less space to keep gardens. This means that have no choice but to toss the pod in the trash, as the materials used to make it compostable, often stop it from being recyclable. So what is the alternate for people who can’t compost?

This is the problem that CRU Kafe was born to solve. CRU makes coffee pods that are 100% recyclable, and are even compatible with the popular Nespresso machines to achieve this, they made their coffee pods using a 100% aluminium.

Aluminium is one of the few elements that are 100% recyclable. Unlike paper, which’s quality decreases after each cycle, aluminium has no limit on how many times it can be recycled, making it one of the cleanest and most versatile materials to use in industries.

“Aluminium is one of the only materials in the consumer disposal stream that more than pays for the cost of its own collection”, said Katie, head of communications at CRU Kafe. What makes these pods beneficial for the planet is that even their recycling process is streamlined.

The foil is pierced, the ground coffee is composted, and the rest of the pod goes into the common recycling bin. The only part of their product, including the packaging, that is not recycled is the foil itself. But according to Katie, this is an issue they are aware of and is something they’ve been trying to replace from the start. 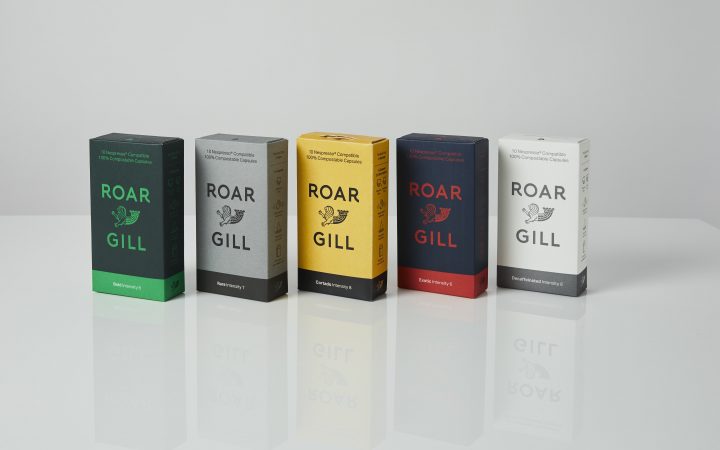 Despite aluminium being highly recyclable, a lot of it ends up in landfill every year. In 2018, the US dumped nearly four million tons of aluminium in landfills. Aluminium is non-biodegradable, which means that once it’s in the landfill, it can take up to 500 years to break down. Non-biodegradable materials in landfill also tend to release toxins that eventually makes its way into the soil and the ground water.

This is one of Roar Gill’s biggest advantages. If done incorrectly, “fully recyclable” pods can take 500 years to break down. At 56 billion pods a year, the ecological cost is unfathomable.

Roar Gill’s pods only need less than a year: “[Even] if the conditions are terrible, it will take a longer time to break down, but it will still massively outperform aluminium and what you’ll be leftover with is organic soil,” said Joe.

“Fundamentally, home compatibility is about working in multiple waste streams, rather than just being about when you’ve got a compost bin in the back garden.”

The rumour goes that coffee was originally used by monks in Ethiopia. They found the invigorating effects of drinks helped them stay awake during long nights of solemn meditation. It seems appropriate that the concentrated bean beverage is now the primary fuel for students pulling an all-nighter just before their hand-in deadline.

Centuries after monks of Ethiopia, coffee farms are everywhere. Most coffee in the world is grown in South America and Africa. The beans are the packed and shipped across the oceans on on freighters fuelled by diesel and other fossil fuels. A traditional shipping container might emit two tonnes of carbon during a 7,500 nautical mile trip. 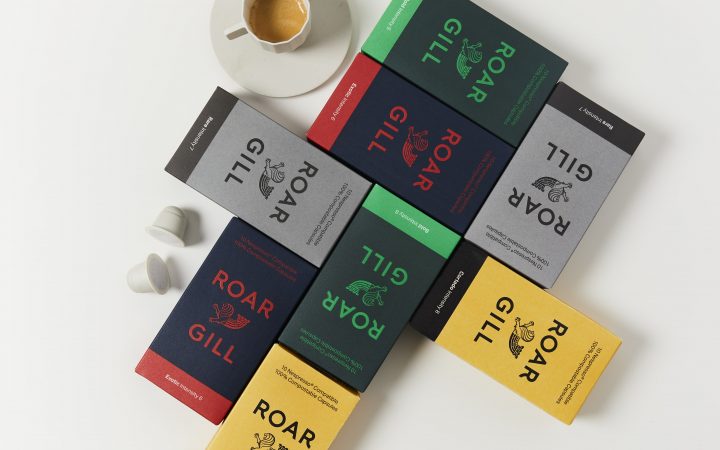 It seems like every aspect of coffee plays a role in killing our planet. The paper cups in most coffee shops are non-recyclable, due to a small sliver of plastic protecting the cup from getting soggy. Traditional agricultural methods often use unsustainable practices that promote excessive deforestation and degradation of soil quality.

Conversely, climate change impacts coffee industry just as adversely as coffee pods impact the planet. A report from the Climate Institute claims that climate change will halve the area suitable for coffee production by 2050. Rising temperatures have already led to a growing loss in production of coffee. This will be a heavy blow to the 120 million of the world’s poorest people who survive by working in the coffee supply chain.

This is why for companies that claim to be “sustainable” coffee providers, it isn’t enough to just focus on the last step of the supply chain.

“One of the biggest challenges which has been caused by climate change is a plant disease called leaf rust, or La Roya,” said Katie. “La Roya is a fungal disease which has destroyed crops and devastated coffee production, and therefore farmers’ incomes.”

CRU Kafe partnered with Fairtrade UK, a cooperative that worked to support growers and set minimum prices for their crops to ensure that farmers are paid fairly.

“Through Fairtrade, farmers have been equipped with resources, such as new coffee seed varieties and tools, to overcome the effects of La Roya. Additionally, co-ops receive training to facilitate dealing with the effects of La Roya and how to protect the environment which further mitigates against the impact of climate change,” she said.

Joe on the other hand, believes that Fairtrade doesn’t do enough to ensure equity and justice for coffee growers. “The problem with organic certified products that it is often part of incredibly large cooperatives,” he said.

“In these cooperatives, often members of the cooperatives are too poor to use fertilisers, so they’re not making a sustainable choice, their structural poverty is removing the use of fertilisers. 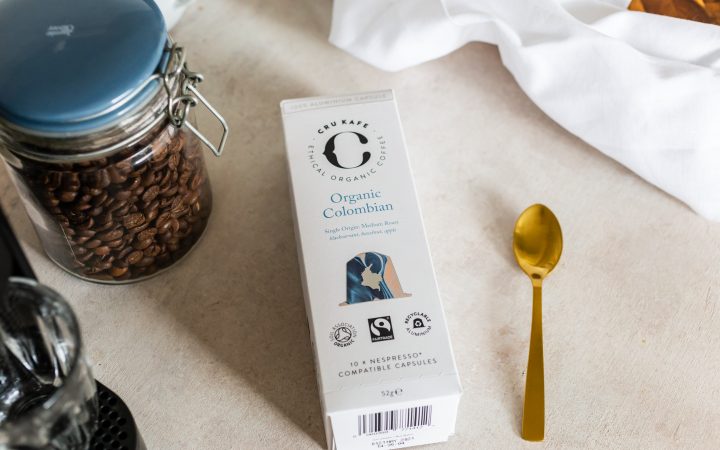 “So what happens is that you can have one project, which is being managed incredibly well, and you can have another project, another farm where somebody else doesn’t have the money to pay for,” Joe said. While the products from these farms are certified as organic and sustainable, there are many ways in which these smaller farms aren’t sustainable in terms of water usage, biodiversity and so on.

Joe believes that’s equitable payment of farmers is the only way to truly achieve climate sustainable coffee. “You don’t have the idea that sustainability is just about the idea of the impact on the environment, You’ve got people that have a financially sound business, they can make choices that people without a financially sound business cannot make,” he said. “Fairtrade minimum is pitifully low, they can’t afford to implement sustainable practices.”

Even Joe admits that it’s hard for small coffee firms to make sure the farms they work with use the best practices and are paid fairly for their work. But large companies like Nespresso seem to pay no regard to this belief, with recent accusations of child labour being used on farms that work with them.

But if start ups like CRU Kafe and Roar Gill can do their best to be sustainable and equitable, what’s Nespresso’s excuse?

By Hamida Ali
5 Mins read
A Just Stop Oil protester, who has been actively causing significant disruption in the UK for the past few weeks,…
AudioNews

By Rebecca Keen
2 Mins read
An article about the Stop the Oil protestors who caused distribution on the M25.
Environment

By Atiyyah Ntiamoah-Addo
11 Mins read
We sit down with the influential writer and activist on climate justice, animal rights and alternative systems in fashion.