Desperate for change but with no quick fix, we must start at the root of why 33-year-old Sarah went missing, while walking home from her friend’s house in Clapham on March 3, 2021. Why was her body was found in an abandoned leisure complex just outside of Ashford, a week later? The answer lies in education and education only.

We can all remember the times where we were dragged into the assembly hall at school and made to sit in rows, waiting to hear from a guest speaker.

Often we were never told what the speech would be about, but you could always guess from a mental list of possible themes: why you shouldn’t talk to strangers, why you should never sext, what child labour looks like, and so on.

These sort of discussions are never a waste of time, but the themes we approach should expand across a broader range of issues. For example: why do women have to be so wary of strangers, why are women so afraid to walk alone, why is it that women can’t trust men to keep texts private?

A survey released by UN Women UK states that “97% of women aged 18-24 have been sexually harassed, with a further 96% not reporting those situations because of the belief that it would not change anything.”  This shocked all men, and affirmed to all women that this is well and truly our reality.

In a better world, we hope to see the 3% of women swap with the 97% of women, but how can this ever happen when boys are not being directly educated about how consistently violated women have been and why these issues stem from a young age? 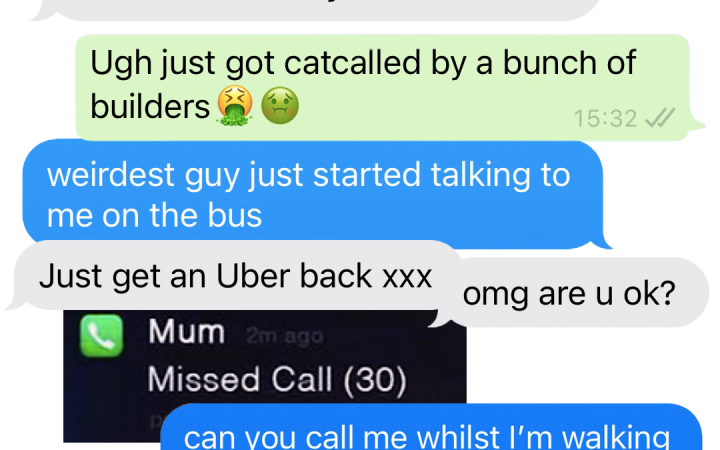 The reality of texts between women [Lucy Pemberton]

According to Plan International: “A third of girls in the UK have received unwanted sexual attention or contact such as being groped, stared at, catcalled and wolf-whistled while wearing their school uniform in public.” Proving just how young girls are when they become accustomed to this sort of harassment.

Niamh Bell, 15-year-old student from Oxfordshire, told us that: “Most of the time when I walk home from school, I will get beeped at. I find walking home from school sometimes so uncomfortable. One time I decided to get the bus but a man started taking pictures of me.”

Although we are desperate for a solution to this issue, some politicians appear to have missed the point. In relation to the murder of Sarah Everard, Baroness Jones of the Green Party told the House of Lords: “The next opportunity for any bill that is appropriate, I might put in an amendment to create a curfew for men on the streets after 6:00pm.” She went on to explain that supposedly such a move would “make women a lot safer, and discrimination of all kinds would be lessened.”

While it may be well-meant, this proposal feels like it is mocking the wider issue at hand; no intensity of street light will change the gender of anyone walking under them.

It is time for men to do the work, because women have tried every reroute, every skirt length and every hairstyle possible to avoid unwanted attention.

The current school curriculum guidance for Relationships Education, Relationships and Sex Education (RSE) and Health Education states that by the end of secondary school, students should understand “what constitutes sexual harassment and sexual violence and why these are always unacceptable”.

You may be wondering, how do you let young boys know, that because of their gender, they have the capacity to have more power than girls do? Yes, this could be an ego trip for them, but with the right implementation, it does not need to be.

It starts with the environment in which they are being taught. One which allows young boys to feel and voice their emotions without fear, where you would never hear “you throw like a girl”. A world where education about consent and safety doesn’t stop at the school gates. 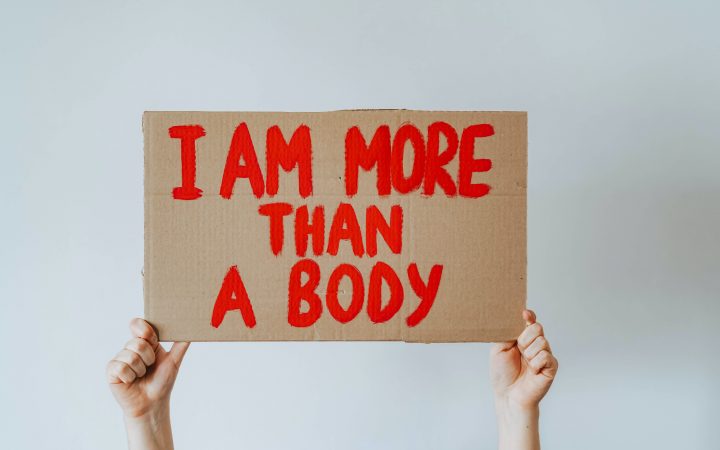 Just like young girls learn about periods and child labour, young boys should be educated on gender-based violence. After all, the ball is in their court and it has been for years.

We conducted a small survey with a group of young boys aged 13 to 15. When asked “Do you think women are treated differently compared to men?”, an alarming 53% of them responded with ‘No, women and men are treated the same.” This is further evidence that supports the importance of early education surrounding gender-based issues.

The next step should be to introduce a zero tolerance system within education whereby harassment cases, in and out of school grounds, should be given the gravity they deserve.

A survey by the campaign Our Streets Now revealed that: “47% of students said that they would not report an incident of public sexual harassment because they did not know how to, or feared not being taken seriously.”

Secondary school teacher Stacey Eddy told us: “We are not given the time or means to be able to teach these issues. It is a major fault in the curriculum.”

When an incident as minor as a catcall from a man is normalised for a young girl, it allows Sarah Everard’s case to become even more of a reality for all women. These issues start early and escalate with time.

It should not take a murder to change the way women walk our streets. Start talking to your children’s schools and stop ignoring your sons.

No more, “Oh boys will be boys!” and no more excuses. Let’s give our children the best possible opportunity to become the young adults we want them to be.

Some of the names in this report have been changed to protect the privacy of the interviewees.

By Danielle Summer
9 Mins read
Why are prisons in the UK and the US so bad at helping prisoners to stop reoffending. We meet prisoners and workers on the front line of this struggle.
CultureFashion