Auroville is an experimental city in Tamil Nadu, Southern India, close to the small town of Pondicherry.

For those who aren’t familiar with it, the ‘City of Dawn’ has existed since February 28, 1968 and was curated by Mirra Alfassa, who is also known as  “the mother”.

In 1965, Alfassa outlined her vision for the experiment: “Auroville wants to be a universal town where men and women of all countries can live in peace and progressive harmony, above all creeds, all politics and nationalities. The purpose of Auroville is to release human unity.” 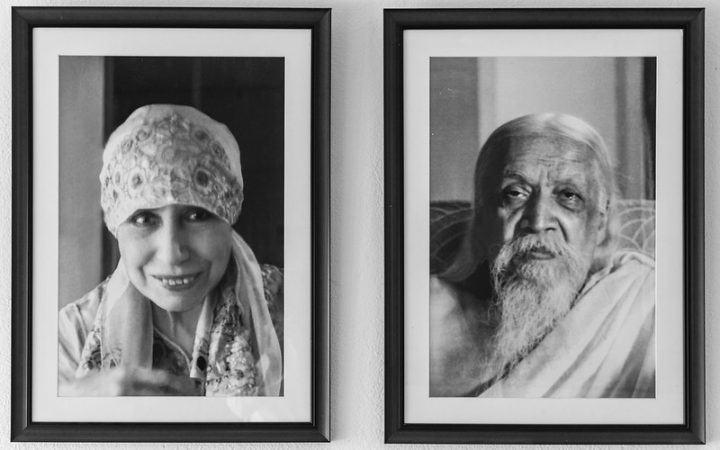 Some would consider this a paradisiacal dream, whilst for others it’s no more than something to test their curiosity. However, the concept would stand out to individuals that wanted to shy away from a ‘normal society’, whatever that is, almost sixty years on from the formation of Auroville.

“The Auroville international township is an outcome of a dream the Mother had about a place that would become a symbol of human unity and progress,” said Abha from Auroville’s media team.

“The original vision saw a unique city on Earth that would bring together 50,000 people from all over the world,” However, today, the number of resident is still far below this figure.

The inspiration behind the concept was formed from Sri Aurobindo Ghosh’s views on life. He was a man known for many traits, such as philosophy, poetry and dabbling in journalism. But, above all, he was most passionate about yoga and has been quoted as saying that “all life is yoga”.

His name has lived on since his passing in 1950 because of the work of Alfassa, who named her vision after Aurobindo; Auroville, and all ‘Aurovilians’, as they are known, would be educated on the community’s origins and inspirations. 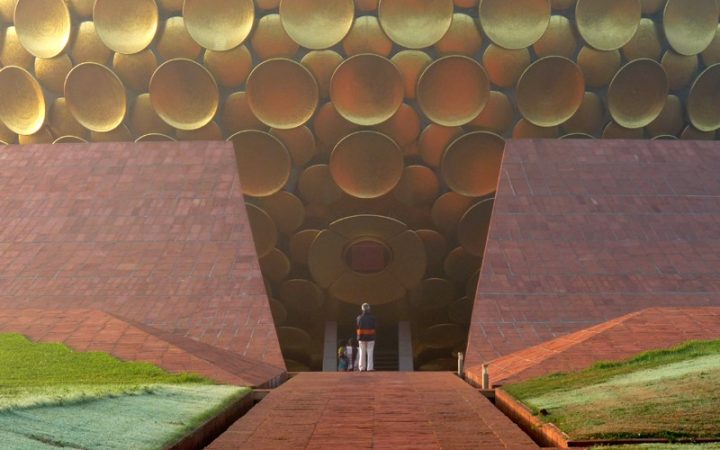 The experimental city currently has people of 58 different nationalities residing there, which is significantly lower than the 124 nations and 23 Indian states that came together in 1968. The first ceremony involved these nations and Indian states sharing soil from each of their origins. This was filled into an urn in the shape of a lotus bud. Along with this soil, the Mother’s original handwritten charter is also immortalised inside the urn.

The centre of Auroville is called the Matrimandir or ‘soul of the city’, the nickname it’s retained since Alfassa herself labelled as that.

Alfassa had a vision for this too, and said: “The Matrimandir will be the soul of Auroville. The sooner the soul is there, the better it will be for everybody, especially for the Aurovillians.”

It represents a new consciousness, a gold-plated orb protruding from the Earth for all Aurovillians to meditate in and around.

‘Matrimandir’ translates to ‘Temple of the Mother’ and is a place of reflection where no images are permitted to be captured.

One previous resident, Chana Corrine Devor, described it as: “more of a religious thing than anything else, a place to meditate. You go in, and there is a picture of ‘The Mother’, Sri Aurobindo and flowers. There is a big chamber at the top and a crystal at the bottom to reflect the light.”

‘The Mother’ was quoted as saying, “let it not become a religion”, which to Corrine’s eyes, has become just that. 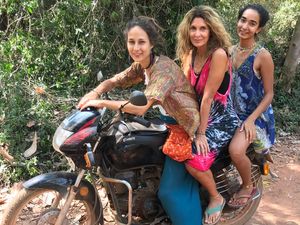 From an outsider’s perspective, the idea of Auroville on paper sounds idyllic and peaceful. That’s precisely what Corrine thought of this community the first time she heard about it. Having spent time travelling around India with her son and enjoying it, she began to wonder, “where was a good place in India to raise a child,” which she was informed of through an Israeli friend of hers, when they met in Kashmir.

The decision to explore this community came a few years later after living in French Polynesia and Hawaii. Details of Auroville had been etched into a notebook for later, but they had not been forgotten.

Today, over 50 years after it was founded, the society is well known through the nomadic community. In the years leading up to her own visit, Corrine was repeated told: “You have a lot of people selling it to you all over the world because it is really a very, just a very special place in the world, so unique.”

For one looking to experience the town for themselves, Corrine describes the process as “pretty easy”, but to be accepted as a citizen took a little longer.

“First of all, you can come as a tourist, as a visitor, which is what I did.” The website is well organised, and Corrine was able to “set everything up from Israel.”

The community host their own tourist sessions continuously throughout the year; all sorts of shows are available to explore during your visit, such as art exhibitions and practicing meditation.

Corrine wanted her son to gain an education whilst in Auroville, which is entirely possible, given that there are ten schools there, however this meant going beyond being just a tourist; she would have to find a role in the community.

She admits that she struggled with this initially, telling us: “I didn’t know what the hell I was going to do there. I mean, what was I going to do?”

Luckily for Corrine, Auroville is a very accommodating community, and the skills you have, whether laborious or academic, will be appreciated.

She informed an acquaintance that she’d met there that she was a skilled writer: “I do magazines, travelling, religion and she put me in touch with one of the magazines in our field which deals with art.”

She described the new role as “Great, it was just great. I ended up working there the whole time interviewing the painters and the artists.” 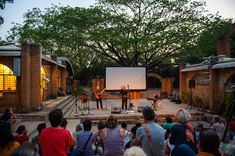 Having done this for the two years and becoming an ‘Aurovillian’, Corrine built a name for herself as an art columnist: “I discovered my style there. You know a lot [of people] will tell me ‘I’m waiting for your column every week’ and artists would invite me to the opening of their exhibitions.”

As a result, her son could attend one of the schools in the community, and the education was, according to Corrine, “way better” than the schooling system of other countries.

However, because his mother was a new resident, Vito had to attend a school for “newcomers”, as Corrine put it. Once they were more established, they had a greater choice between schools; some institutions are more contemporary than others, and can be strict as well.

There’s also a school here where the students decide individually what they want to learn about. The education gained here is valid enough for students to eventually go to university abroad, but as Corrine told us: “Most of them go to Holland. I don’t know what the deal was in Holland.”

Like many of their contemporaries in other parts of the world, the teenage inhabitants of Auroville are not exempt from the temptations of adult life.

“The only thing for teenagers around the age of 15, well, you know, drug problems. As a matter of fact, where I am now is the same thing everywhere in the world, except that it’s very cheap.”

But, for a society that has prohibited drugs and where the use of alcohol discouraged, it seems like there’s always a way, just like in most places. It just depends on how daring one is.

Auroville also claims to have a zero per cent crime rate. This would be an impressive feat if so, but as it is human nature to be evil, how true can it be?

In Corrine’s opinion, there was crime, but not from Aurovillians. “No, that is not true. There is a little violent crime, but no murders, and rapes are very few. People will stop your motorcycle in the middle of the night and just try to get money, so it’s not free of it.”

Although Corrine explains that crime does exist, minimal as it may be, she didn’t experience it from fellow settlers of Auroville: “we never travelled around late at night alone, always a few people together,” she explained. 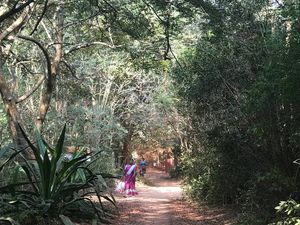 For one to thrive in a place like Auroville it seems a lot of baggage needs to be left at the entrance. Or, if not, discarded slowly as a process. Realities of the ‘real world’ are still apparent in a place that’s attempting to be the opposite.

Corrine claimed that “It’s all about money if you don’t have any money. You can’t put your foot in the door. In order to get to that, you need to be very evolved, and that’s what was so disappointing about Auroville.”

Living in perfect unity with the whole community may seem very good on paper, but it’s a lot easier said than done by the sounds of things.

With no intention of closing soon, it will be fascinating to see where the next 50 years will take this community. Will it ever reach that target of 50,000 ‘Aurovillians’?

As Abha from Auroville’s media team explained: “Like all dreams, Auroville has an evolutionary character in terms of its development rather than a fixed identity, although it’s mostly based in the Mother’s blueprint.”

Nothing is perfect, especially not the human race, but experimental societies such as Auroville are scattered across the globe for curious participants to discover.

The fact that this one has now been running for over half a century proves they work to an extent. But how different are they from living in modern society in a Westernised world?