As one of the most competitive areas of study, medicine has always been an important and strenuous field, and its university application process is no different.

Most medical courses accept less than 20% of their applicants, and the competition to get onto them is high, with a laundry list of requirements including top grades, entry exams and hospital experience to push your application to the top of the pile.

To work through this laundry list is a herculean task, one that often requires a great deal of help, but while assistance is readily available, from private tutoring to interview coaching and personal statement advice, it can come at a hefty price.

For example, one online tutoring directory, First Tutors UK, charges an average price of £62.74 an hour. Because of this, underprivileged students and students from state schools are often priced out of the medical school process.

That’s where PathwaytoMed Mentoring comes in – it’s an organisation dedicated to helping state school students with their applications to medical school.

Like many other medical school support programmes, the mentoring scheme provides tutoring, personal statement assistance and coaching for BMAT/UCAT exams, which are the aptitude tests that universities require for entry to a UK medical degree, and which are completely free to students from non-grammar state schools.

The charity was founded by Azita Ahmadi, a fourth-year medical student at Imperial College London. While tutoring students online in the A-level subjects required for medicine as a way of making money at university, one of Ahmadi’s students could no longer afford to continue the private tutoring, despite the fact that it is very often essential to securing a place in the competitive field.

“They were so keen, so I tutored them for free,” Azita told us, “and it occurred to me that there are so many other students like them who are keen to learn but don’t have the money.”

After realising how complicated the application process can be and that “a lot of these [skills] aren’t taught in state schools and are often costly to access privately,” Azita began formulating the initial idea that would eventually become PathwaytoMed.

The charity was formed in an effort to “have a range of doctors that come from different backgrounds, much like our patient population,” with the only requirement for accessing PathwaytoMed assistance being that students had to attend a non-grammar state school.

[pullquote align=”right”]“There are so many students who are keen to learn but don’t have the money.”[/pullquote]This diversity in UK doctors has never been more pertinent. Countless reports have been published on how ethnic minorities receive worse medical care on the NHS than their white counterparts.

This is due to both explicit racial abuse, which has been linked to a wide range of health issues and an overall lower life satisfaction, and implicit racial bias that can lead to the mistreatment of patients of colour. For example, Black women are often misdiagnosed and mistreated for endometriosis, as it has traditionally been seen as a “white woman’s disease”.

Patients in poorer areas also reportedly receive worse treatment than those in wealthier areas in almost every area in the UK, with longer wait times in Accident and Emergency departments and lower satisfaction with GP appointments.

This results in an increasing life expectancy for those who are better off, but in areas that are predominantly working class, there is no increase, and in some places, life spans have begun to decrease. 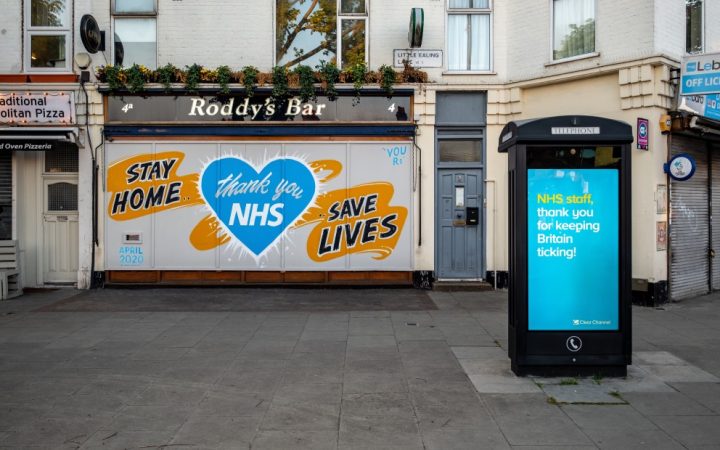 The charity started out essentially as an Instagram page, publicising their resources through social media and organising tutoring and coaching sessions, with Azita finding fellow medical students that “were also passionate about making medicine accessible.”

They eventually branched out to include students from other universities and built a team of more than thirty tutors, but their sights were always set on becoming a registered charity.

“It was always the plan to become a charity as we can’t provide everything without donations, such as exam preparation materials and websites.”

Members of the PathwaytoMed team had, up until they were granted charity status, been paying for materials out of their own pockets, “and as much as we wanted to help, this wasn’t feasible in the long run as our list of sign-ups grew,” Azita told us.

Since expanding as a charity, the group has been able to provide help to more students, “from simple improvement of their grades to helping to get interviews and secure offers.”

They also increased the production of online resources for their Instagram, YouTube and website for students to access at any time of day, including GCSE and A-Level tutoring materials, and entry exam and interview resources.

Britain’s wealth gap swelled massively during the pandemic, the richest 10% of the population gained an average of £50,000, and increased wealth during lockdowns benefited the rich “by a ratio of over 500 to 1.”

Given this class disparity, combined with a growing percentage of people of colour and immigrant patients, Azita believes medical provision needs to change to reflect this.

“It’s important that our population of doctors can relate to and understand their patients. This applies both in terms of class and cultural background – the matter is intersectional. There are various cultural nuances that may seem small but actually make a big difference to patient-doctor interactions.”

Getting more state school students into medical courses and diversifying medicine isn’t just “for patients to see themselves in the people from whom they are receiving care,” it’s also about the doctors themselves.

While black and minority ethnic staff make up 42% of the NHS workforce, they still “remain under-represented in senior positions, including at consultant grade roles and in academic positions,” according to a 2021 NHS report.

This is why it is so important for PathwaytoMed to support students from state school backgrounds, so that they can access the same opportunities as those who have had private tutoring and interview coaching.

“Ultimately”, Azita tells us, “if a student wants to achieve the goal of becoming a doctor, they should be able to do that without being disadvantaged in any way and they deserve that right.”