For most of us, climate anxiety and news burn-out can make it exhausting and discouraging to read stories about the environment; doomsday clickbait titles and bad news bias aren’t helping either.

But as COP26 comes to an underwhelming end there is more climate-talk than ever, which means we have the opportunity to tell this story the right way.

A recent Women in Journalism event examined the role of journalists in reporting the climate crisis, which discussed the latest tips for effective writing from those in the field.

From solutions-based journalism to new angles and standards for transparency, here are six ways in which we can improve climate reporting.

If the climate crisis is a difficult topic to begin with, how do we compete with entertainment news and glamorous, feel-good stories? Journalist Ugochi Oluigbo found the right balance with Green Angle, her popular series of climate reporting in Nigeria.

She says her secret was to get involved in the scenes she was documenting: “I made it interesting for people because I was right there with them. I wasn’t too pretty to be inside it, wasn’t too pretty to just say the story from afar. I was there living their realities with them. So people saw that and loved it so much, they’d never seen anything like that before.

“They care more about killing those animals you’re talking about protecting. But then they listen and they learn. They tell me ‘Because of you I change this, because of you I now understand this’. I think it’s because I tell the stories, find the characters, those who are most affected and vulnerable and amplify their voices.”

She says many tried to bribe her into remaining silent, but she chose to tell the truth: “I told the reality, this is who is doing it and this is how it’s affecting these people. I think that’s really what attracted people to the program.” 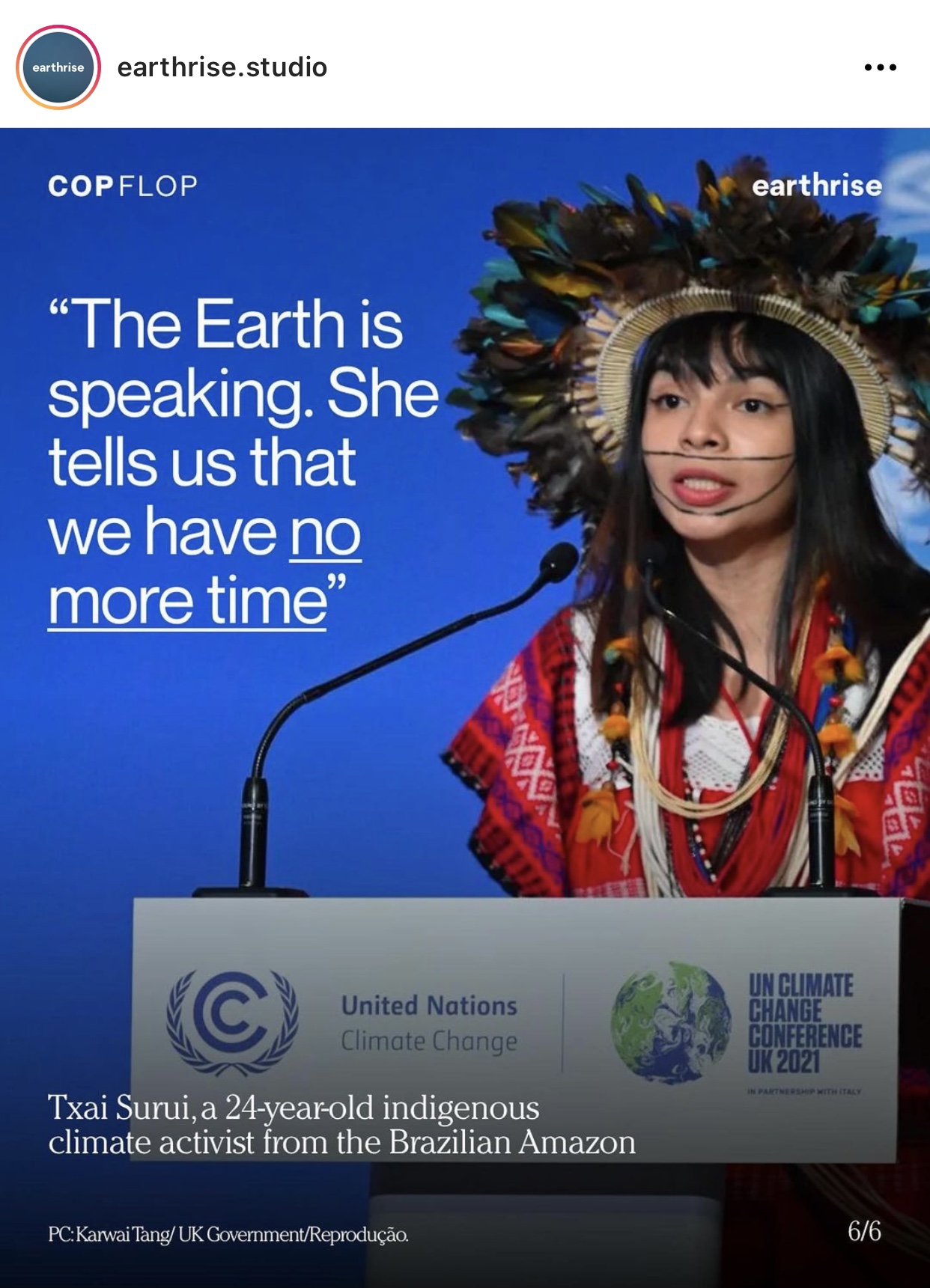 The case has been made that climate change disproportionally affects women rather than men, because of working conditions, adversity-based domestic violence and many other reasons. But this is only the tip of the iceberg within the intersectional environmentalism conversation.

As journalists we can start by citing more female scientists and looking out for climate injustice cases that often go overlooked — highlighting the chasm of inequality which the current climate crisis only accentuates.

On Day Five of COP26, Greta Thunberg was met with applause when she called the event a “global-north greenwash festival”. The plain truth is that the Western-centred view on climate change is not good enough anymore and never was.

We have to be critical of promoting “sustainable” solutions that don’t benefit anyone but the world’s richest countries, such as electric vehicles which require cobalt and lithium mined through child labour.

Writing from an exclusively Western point of view also portrays climate change as an isolated issue. Making it seem like climate catastrophes only occur somewhere far away, either at the North Pole or in so called “developing countries”, which only underlines the racist and colonial foundations of western bias.

The solution, according to freelance journalist Fatima Arkin, is to give more depth to the lived experiences of those most affected by climate change, and not stick to one-dimensional portrayals of harmful stereotypes.

“If we do want to tell human stories, can we dig deeper, talk about more diverse experiences? Because there are other people living here that are also affected by climate change, beyond just farmers,” she explains. Superficial narratives such as these victimise citizens of the global south.

“I think [it’s about] telling more diverse experiences, telling more human interest stories of the diverse lived experiences of people who are affected by climate change. And also talking about solutions, because there are people here who are doing things — they’re not just sitting here waiting for a solution.”

4. The “reward and punishment” angle 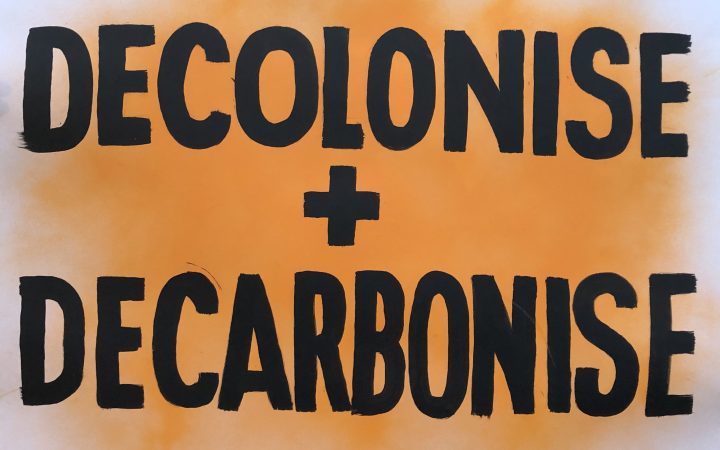 Simply put, we are emotion-driven beings. In Vox’s video essay Why humans are so bad at thinking about climate change, psychologist and economist Per Espen Stoknes explains why doom and gloom reporting is ineffective.

“This fear, this guilt, we know from psychology, is not conducive towards engagement. It’s rather the opposite. It makes people passive. Because when I feel fearful or guilty I will withdraw from the issue, and I’ll try to think about something else that makes me feel better.”

This means that readers will react according to the framing they’re faced with. So while the punishment angle will inspire denial and inaction, a reward angle can create a more hopeful and relaxed environment to have much needed climate conversations.

This is precisely why in the past decade we’ve seen a development of positive news or “happy news” and solution-driven journalism.

However, research done on climate policy advancements has shown that negative incentives are still “instrumental to maintain cooperation”.

And because the reward angle, though pleasant for the reader, might not always acknowledge the severity of the situation, academics suggest that “the best results are obtained when both rewards and sanctions are synergistically combined”.

5. Activism is OK, “bothsideism” is not 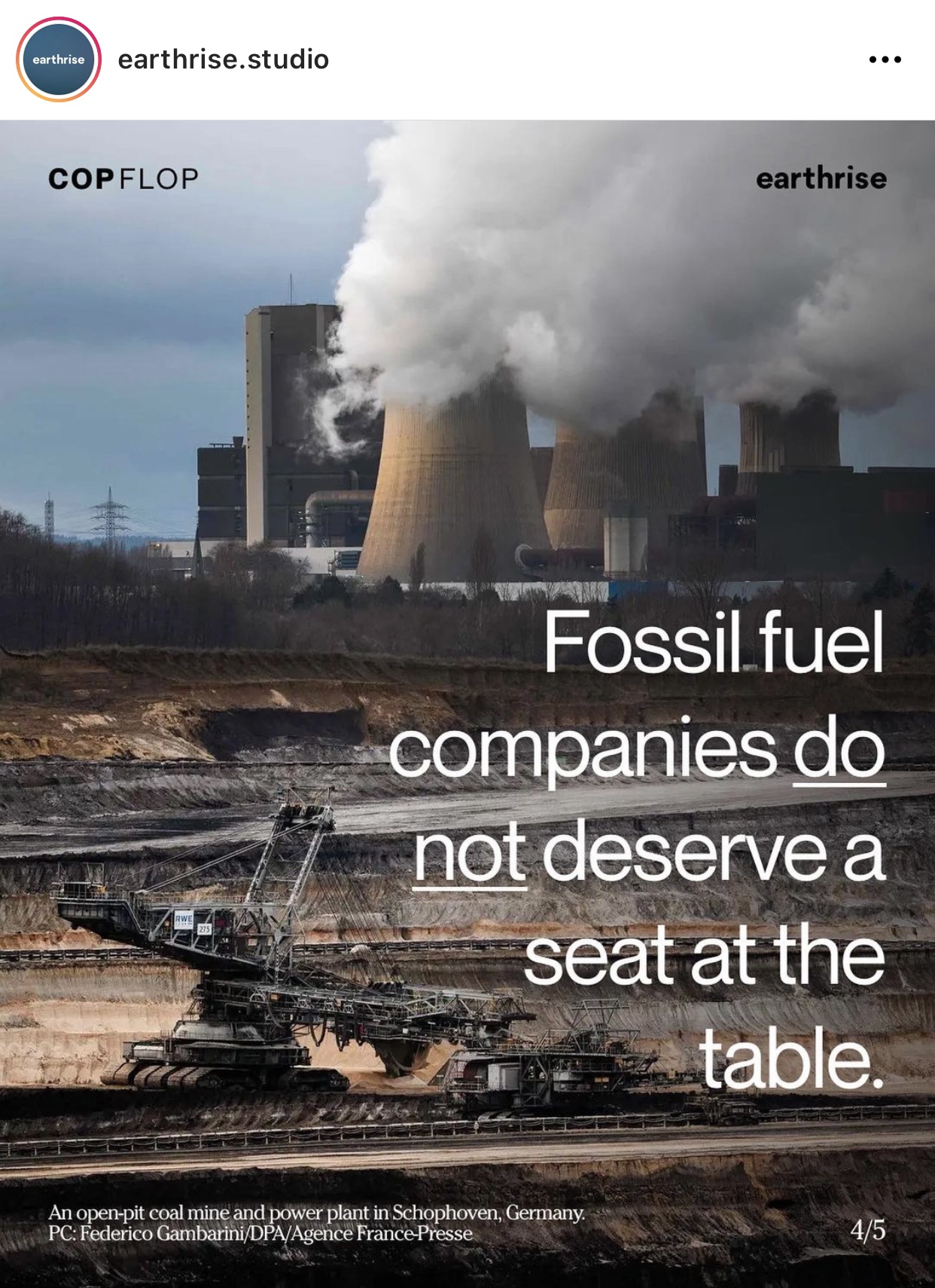 Indeed the lines between journalism and activism can and often do blur, especially when it comes to pressing, intersectional subjects such as the environmental crisis.

The Guardian’s climate reporter Fiona Harvey considers it best to just be transparent and mindful of your position. If you want to avoid sounding like an activist, just be a reporter.

“Try to write objectively, cover all sides, but that does not include talking to climate deniers, because that’s a view that’s completely contrary to established science,” Harvey advises.

“[However] it does involve talking to people who are affected by climate change. People who might be affected by the transition away from fossil fuels. You can be an activist if you want. But you should declare yourself as such.”

If we are to borrow anything from the work of climate activists, we should remember to monitor the powers that be. Our media has rightfully received backlash for the inaccurate portrayal of climate change, but Harvey reminds us, journalists are not the only ones to blame.

“That was the fault of fossil fuel lobbies mainly. They were creating doubt around climate science, trying to give the impression that it was a matter of opinion, rather than a matter of scientific fact. And unfortunately many news people colluded with them in that.”

6. Finance is still a huge conversation

It’s no secret that the world’s richest countries are also the biggest polluters. During COP26 state leaders made positive statements and grand promises about investments and donations to low-income countries but, as Vox reports, from behind the scenes, “it’s more business as usual, so rhetoric and deed are far apart”.

Delaying reparations only stalls other points on the agenda. Meanwhile, countries who don’t consume nearly as many resources suffer the most severe effects of climate change.

“Finance is very important for African countries. To be able to adapt to these changes, to be able to move away — you know they easily say ‘stop gas flaring, stop and move to renewables’,  but how do we finance it? For many Africans and many NGOs from African finance is going to be a problem,” Ugochi Oluigbo explains.

“How do we leave no one behind? Let’s carry everyone along, wherever you come from, wherever you are, we should carry them along the same way we’ve been able to get vaccines to the rural communities. Companies are always there to try to mess everything up and and delay the discussions but I hope we take it seriously this time.”

We need to make the finance discussion fair, and accessible to everyone, demystifying policies and breaking down budgets, to truly allow everyone a seat at the table.