He is known only by his alias: “Vincent van Dope”.

While this sounds like the tag line for a movie, Vincent is a real person, an aspiring journalist who came from a low-income family.

If you met him, you’d find a charming character, but that charm led him to become well-known among many involved in the underground party scene. His journey started with him becoming a small-time drug dealer, rapidly becoming the most recognised name in the game.

Vincent had a difficult upbringing, with his family emigrating from the Netherlands to find a home in a town just north of London. Even this was complicated because his father had to bring him and his mother to the UK illegally with his dad not being on his birth certificate.

After moving they fought for basic necessities that many take for granted while living in a hotel for several years. “For two years, I had to share a room with my brothers until we were given a home.”

He was also bullied in school because of his poor English, which he says “helped develop the person I am today.”

From a young age, his relationship with his father made it difficult for him to focus on his studies. He recounts how his father used to beat him as a child and how he got expelled from school which led to his Dad kicking him out of his home. “I called the police on my dad, the police did nothing and just had a go at me.”

Vincent also explains how he used to get abused by his Dad for doing the littlest of things. Despite that their relationship grew stronger, as the years went by – he had a little brother as well as a sister and his father toned down: “I felt my dad realised what he was back then, it’s not the same with my siblings.”

[pullquote align=”right”]“I had little to no chance to get where I wanted”.[/pullquote]

A report by the local government association found that: “There is substantial evidence for a link between adverse childhood experiences (ACE) and involvement in youth offending.” Because of Vincent’s poor background and traumatic past, he was expelled from a number of colleges, forcing him to drop out and find jobs at the age of 18, which spanned work from retail to restaurants and bars.

During this period Vincent was a reckless teen, he was taking drugs and partying non-stop: “I was out on a night out and a group of boys were calling my girl names so me being dumb I pulled out my belt and started hitting them, a couple minutes later I got arrested.”

This wasn’t the first time he got caught in a fight, and he recalls multiple engagements, but this time was different it led to his being placed on home detention for six months and a probation period for two years.

With no college background and a troubled past, Vincent was struggling with getting to grips with life. An opportunity raised from one of his raver friends, a chance at a job for an estate agency, which was big for him, maybe the “fresh start” he was hoping for.

“I had little to no chance to get where I wanted, I was able to make friends at parties who grew very fond of me, the only reason I was able to get a decent job.” It worked and by October 2019 Vincent moved into his new home. 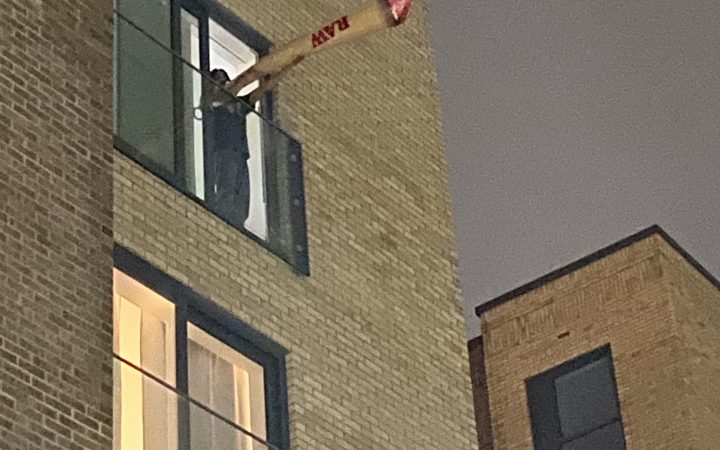 But his “fresh start” didn’t last long. Vincent had a well-paid job but wasn’t able to afford everything he wanted, so he fell back into drugs. He started off small, “I was selling weed and very few ecstasy pills, as a side hustle,” to help him buy those luxury items a man wants.

It didn’t go well. He now calls his early drug dealing life “baby Vincent” and explains how he was naive: “I was moving like some dumb kid, I just got greedy and wanted money, and I learnt that the hard way.”

Vincent recalls the story that gave him trauma and a new mindset of dealing. During his time at his new flat, selling as a small-time dealer, Vincent was set up and robbed at knife point for an ounce of marijuana.

This was bad not only because it was a relatively large amount of weed, but because it belonged to someone else. “I got confined the weed from one of my elders to sell it and give him what I owed, now I was in debt and a huge one too.”

This was just the start of his troubles – fast forward a couple months and Vincent had his home raided by a gang who held him at gun point and stole all his cash and drugs. The gang didn’t leave it at that but caught up with him a couple weeks later to see if he was still selling.

Vincent was taken hostage by the gang for no apparent reason: “They held me hostage for fun, they didn’t do anything, but we drove around till we got to someone’s home”. They caught up to him at his home and decided to take him along with him threatening him with a knife if he didn’t come.

Vincent was kept hostage for a day where he says, “they smoked my weed and gave it cynical compliments.” He was only released when the group were driving him around and noticed a number of police cars, where they then threw out their machetes or “zombie knives” and ditched the car.

Vincent got lucky and made a run hiding from them in a bush and calling an Uber to get home. This was the end to his drug dealing career. “A fresh start” as he calls it. “Bro I went through too much, just wanted to live a normal life.”

The fresh start consisted of a new home and a better paying job. By March 2020 he was able to get a new home, and a new job at a recruitment agency.

[pullquote align=”right”]“They held me hostage for fun”.[/pullquote]His fresh start did not live up to his expectations for long. Covid-19 hit the UK, a month after moving in and a new job, Vincent became one of the 14,000 people made redundant that year. This meant Vincent had no source of income.

His roommate was forced to go into his savings to pay for rent, now Vincent was thinking of how to make money and make it fast. He fell into the idea of officially starting Vincent van Dope, an official brand and labelling for his new, illicit business.

The official birth of Vincent van Dope saw a more mature and smart man. He thought of doing things slow rather than being a “greedy kid”. Vincent thought this out and was careful to pick and choose who to sell and what to sell.

His brand grew not just because of the quality of his product but his sociable wellbeing. He was a very outgoing person who would make friends with no trouble. The treatment and service he gave to his customers is what brought them back.

We spoke with some of his friends who told us: “He was known by a lot of people. When we used to go rave everyone would be calling his name, I feel like that’s a reason why he is able to sell so much”.

This has been corroborated by others who went to raves and told us how they knew Vincent. This Vincent was smart, he picked a niche market to sell and evidently led to him gaining more clients: “The drugs I sold were very hard to come across in town, so when word would go around everyone would come to me.”

During this journey he was able to meet many new people from drug dealers to drug users, all from different backgrounds. A lot of people helped gain him success: “I felt my life was changing, I was making a good money and getting the grades I needed.”

Vincent saw his income grow rapidly, making minimum “£150 a day” to “£500 on weekends”. His income became even larger once he was introduced to crypto. 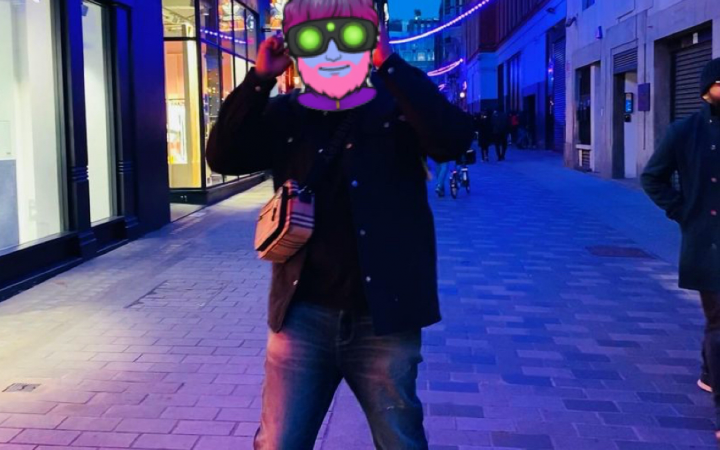 The crypto world became a place where anyone can become rich overnight and Vincent was one of those people. From April to July 2021 the crypto market was at its peak. Vincent joined and was quickly rewarded for his investments.

“I felt God turned everything around for me that day,” he said after staying up all night to buy this one coin – within half an hour of the drop, he flipped his £60 investment into £10,000.

So what does Vincent want to do with his future? Does he want to stay as a dealer or move on further? “I didn’t want to be a drug dealer my whole life. I want to someday film documentaries and stories”. He told us about becoming a journalist and study at university but with no college qualifications he had to join another college and study on a foundation year.

He was more than ready for university, and said with excitement: “My life changed so much from me being dead broke to having money, and now I get to move out of this town – a real fresh start for once.”

September 2021 Vincent entered a new world one much different to his grimy home town. Starting a new life at a university in the north of England and finally reaching his goal to study journalism: “Life over here is so much better, the city and people are much friendlier.”

And does he still deal drugs? “Not really, I do still have ket and occasionally sell to flat mates and those living around me, but it helped me make new friends and meet different people. A week into uni everyone knows my name, I wake up the next day to people shouting my name and me not even remembering who they are.”

For many, a career in drugs and dealing can have much more serious consequences, but Vincent is one of the lucky ones and is now reaching for the goal that he was seeking.

By Natalia Zelazowska
7 Mins read
How Lulla La Polaca is living proof that age is not an obstacle to living life at its best.
Lifestyle

By Izabela Kruczkiewicz
6 Mins read
How Pole dancing can also be a remedy for the mind, tool to help dancers love herself, an opportunity to meet new people and create beautiful memories.
FashionVideo

By Isabella Brooks
4 Mins read
We tried three Glossier make-up products to see if they are really worth the money.