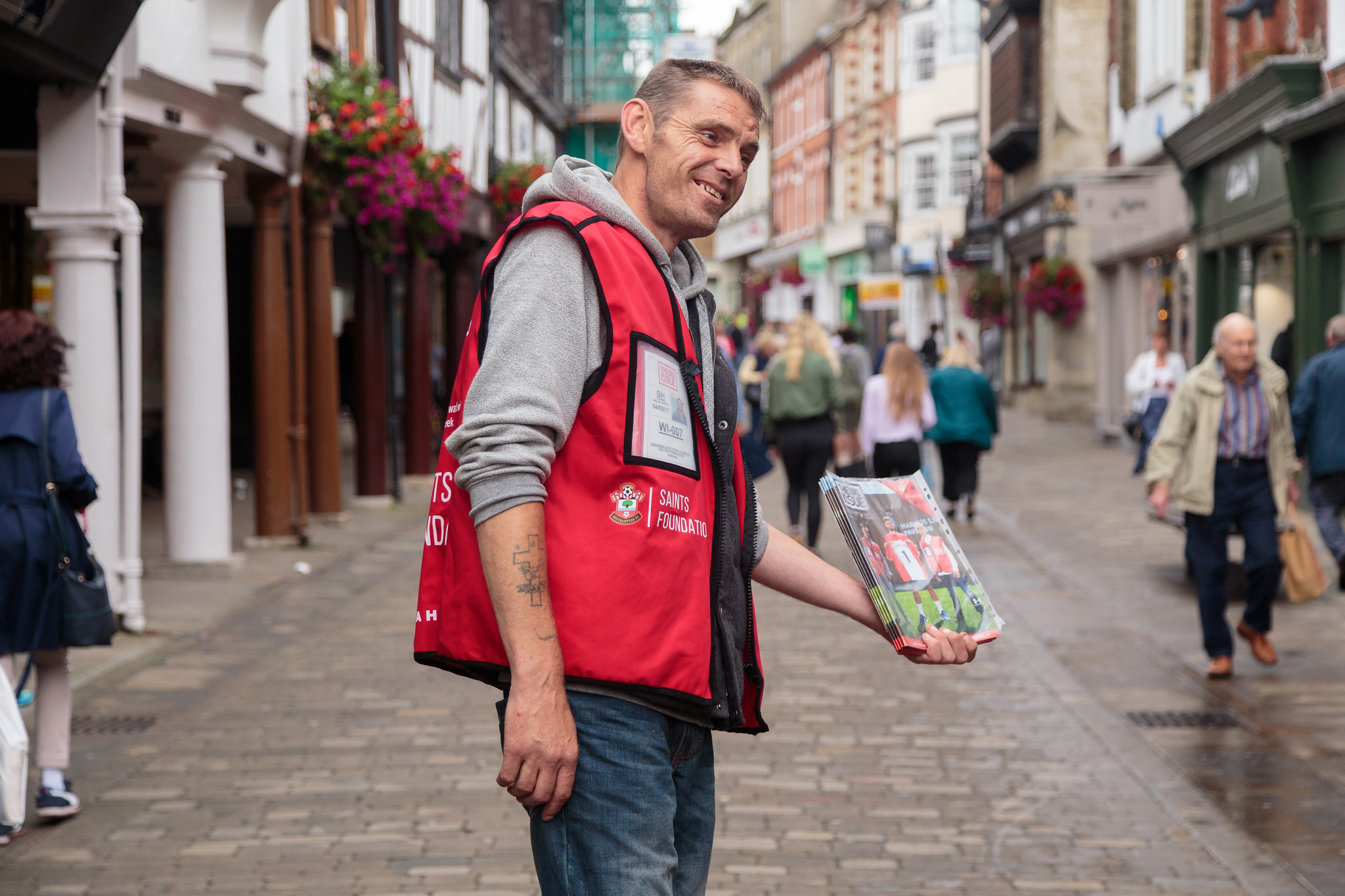 How many people can hold their hands up and say they haven’t walked past a Big Issue vendor and made a distinct effort not to make eye contact?

Maybe you haven’t had any cash in your pocket, perhaps you view the sellers as beggars, or maybe it just seems too much hassle to buy something you may never read and would only buy to salvage some personal guilt.

The Big Issue was originally founded by two friends, John Bird and Gordon Roddick, in 1991. They were concerned by the startling increase in homeless people on the streets and were set up to fight rough sleeping and poverty.

Roddick was the husband of the founder of The Body Shop, Anita Roddick, who provided the initial $50,000 (£38,030) of start-up capital. Initially, the magazine was published monthly, but in 1993 it started to be rolled out weekly. 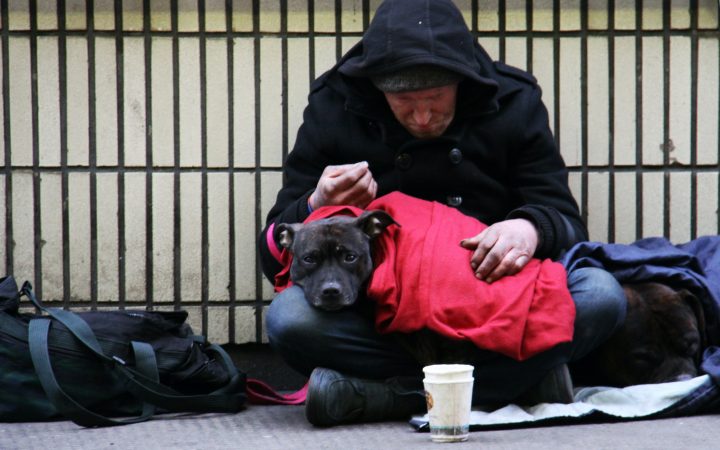 Homeless man and his dog on the streets [Unsplash: Nick Fewings]

To qualify as a Big Issue vendor, you must fall under one of several categories: homeless, almost homeless, in vulnerable housing, or be socially disadvantaged in some way, such as not speaking English or struggling with an addiction.

To sell the magazine, you do not have to have any ID, a bank account, or any proof of address. Vendors buy the big issue for £1.50 per copy and sell for £3; the profit is theirs to keep.

This initiative aims to create the opportunity for each vendor to be self-employed and become entrepreneurial in their own right. The magazine’s circulation is currently around 83,000 copies per week.

Despite this, most people don’t even know what the publication’s content is. There is a wide range of material which tries to appeal to a diverse number of people: from celebrity interviews, reviews, latest news and the real stories behind some of the Big Issue sellers themselves.

When the magazine was first launched in 1991, almost 90% of all sellers were homeless; six years later, most of the vendors were in some sort of housing, albeit temporary.

But what is the demographic of Big Issue vendors? Since 2004 many European countries joined the EU and were allowed to come and work in the UK as self-employed migrants. Many people came over from Romania and Bulgaria and made up a vast proportion of vendors. Sadly a vast proportion of rough sleepers.

Artefact spoke to mother and daughter Carol and Sam Carter, who were visiting London for the day, and asked if they had ever purchased a copy of The Big Issue.

“I have bought a few copies over the years,” said Carol “mainly as I feel guilty if I just walk past, and to be honest, I found the contents a lot more interesting than I assumed it would be.” 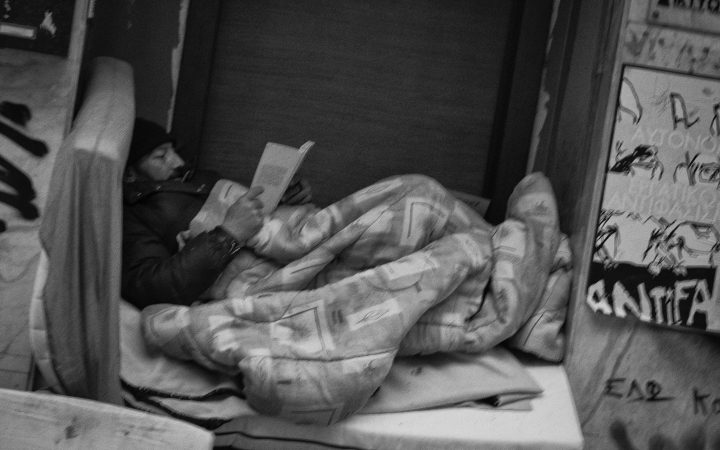 But, what of the Big issue vendors during the Pandemic? Where did they go? What support did they receive?

For the first time in its history, Big Issue could not be sold in 2020 due to UK lockdown regulations as they were non-essential retailers. Everyone was forced out from the streets, and footfall dropped to zero in our towns and cities.

The average weekly sale of the big issue totalled £78,000 pre-pandemic; this was all but wiped out overnight from March 2020.

Of the 1,700 regular Big Issue vendors, over 1,000 of the most vulnerable were supported by The Big Issue Foundation, both financially and in the form of supermarket vouchers.

Many people are unaware that there is a The Big Issue Foundation. This is an independently funded charity that works with the Big Issue vendors, exclusively enabling them the support to rebuild their lives.

During the Pandemic and ensuing lockdowns, thousands of phone calls were made to vendors to discuss varying needs and methods of support and to offer advice.

Of the phone calls made, over half of the vendors shared concerns about their mental health and lack of finances, and instability. Loneliness was a particular concern.

The Big Issue charity has a significant focus on boosting self-esteem, and this was of paramount importance during the Pandemic. The foundation gains funding via corporate sponsorship, fundraising events, and also through individual gifts.

Alina, originally from Romania, is a Big Issue vendor based in semi-rural Buckinghamshire who has sold her magazine on the same spot for several years.

“I could say I was lucky during the lockdown. I received support and help with my bills and food. But when I came back to the streets, there were very few people, and I felt very isolated.”

Alina told me she missed the familiar faces that often stopped just for a chat, but this is now getting back to a bit more normality. However, sales have not recovered to pre-pandemic levels due to continued government restrictions.

She also told us that one of her main problems had been that people had stopped carrying cash. Many vendors have requested card readers, but Alina says she is still waiting for hers to arrive.

As the lockdown slowly lifted, sellers were equipped with PPE, masks, wipes, and, very importantly, the introduction of many card readers, enabling many vendors to go cashless and thus eliminating the need for handling cash.

The sellers were once again back on the streets selling their magazines, albeit to a depleted audience. With this in mind, The Big Issue has launched a winter appeal to try and increase funding to cover reduced sales.

So, next time you walk past a Big Issue vendor, even if you don’t buy, make eye contact, say hello – it will always be welcome.

You can find out more about the magazine and the foundation at the Big Issue website.