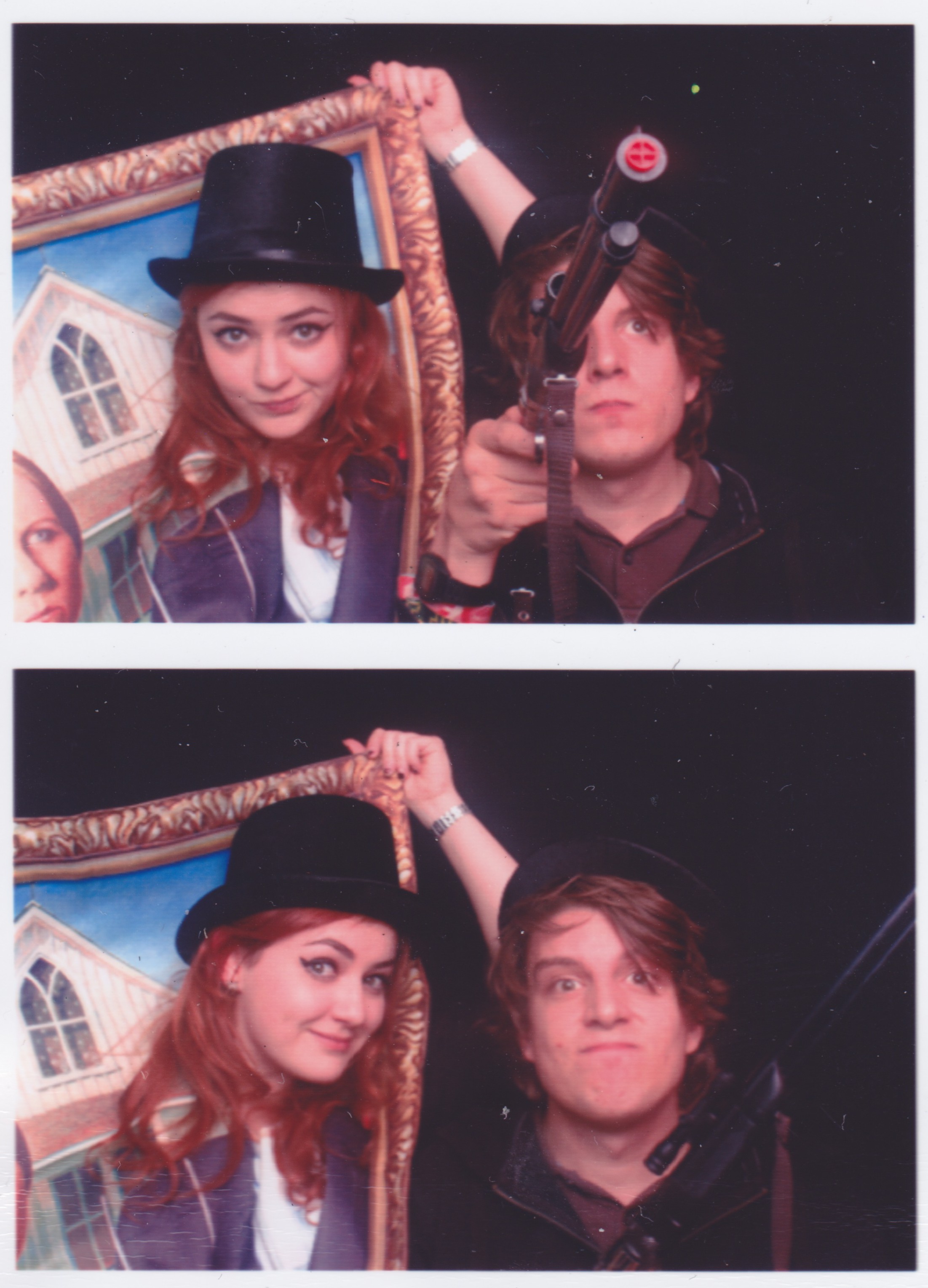 When you think about dressing for the opera, you probably think of women in elaborate ball gowns, strings of pearl necklaces, and an abundance of top hats.

But at the English National Opera (ENO), things are different.

The ENO started the Opera Undressed initiative in 2012 which invites people of all ages to dress down and give the opera a go. For a mere £25 you get one of the best seats in the house, a free gin and tonic at the after-show party where you get to meet the cast, indulge in gin-tasting sessions and take ridiculous fancy dress photos in their photo booth.

Tempted to see what the experience was like, I donned an oversized t-shirt, black jeans, heavy boots and dragged my boyfriend along in his hoodie.

The London Coliseum, home to the ENO, is an insane spectacle in itself. Statues of gold lions pulling Roman chariots hang over the walls and plush red seats sit in neat rows beneath the domed glass ceiling. Its refined architecture and grandeur was starting to make me feel rich. People began to filter in, taking their seats. Everyone was chatty and friendly – somehow there wasn’t a pearl or monocle in sight.

The show was The Girl of the Golden West, a Western-style Puccini romance full of gunfire, drunk brawls, sly bandits and a badass female lead who puts men in their place. It was packed full of impressive singing from a huge cast, all running around hunting criminals and knocking back a load of whisky.

[pullquote align=”left”]“…I’ve seen no one who comes here in coats and top hats, everyone dresses down…”[/pullquote]

All Opera Undressed nights are in English, meaning you don’t have to endure five acts of Italian falsetto. The experience felt really comfortable, fun, and there was no class difference or snobby looks thrown at us for dressing like common peasants.

“There’s that perception that opera’s very dressy and pretty over the top but actually I’ve seen no one who comes here in coats and top hats, everyone dresses down at ENO unless it’s a special occasion or people are on a date,” explained Emma Mottram, the marketing officer for ENO.

“The scheme’s less about what you wear coming to the opera, it’s more about undressing the opera experience and making you feel comfortable for people who’ve been a bit curious about it but have no idea where to start. We’ve hand-picked some really great shows we think people will enjoy so you’ll come along and be with people like yourself and you can come and meet the cast afterwards.”

Even my boyfriend who hates musicals was into it – and that says a lot.

So if you’re a fan of theatre or musicals, looking for a different night out or just after a free gin and tonic, head to the London Coliseum.