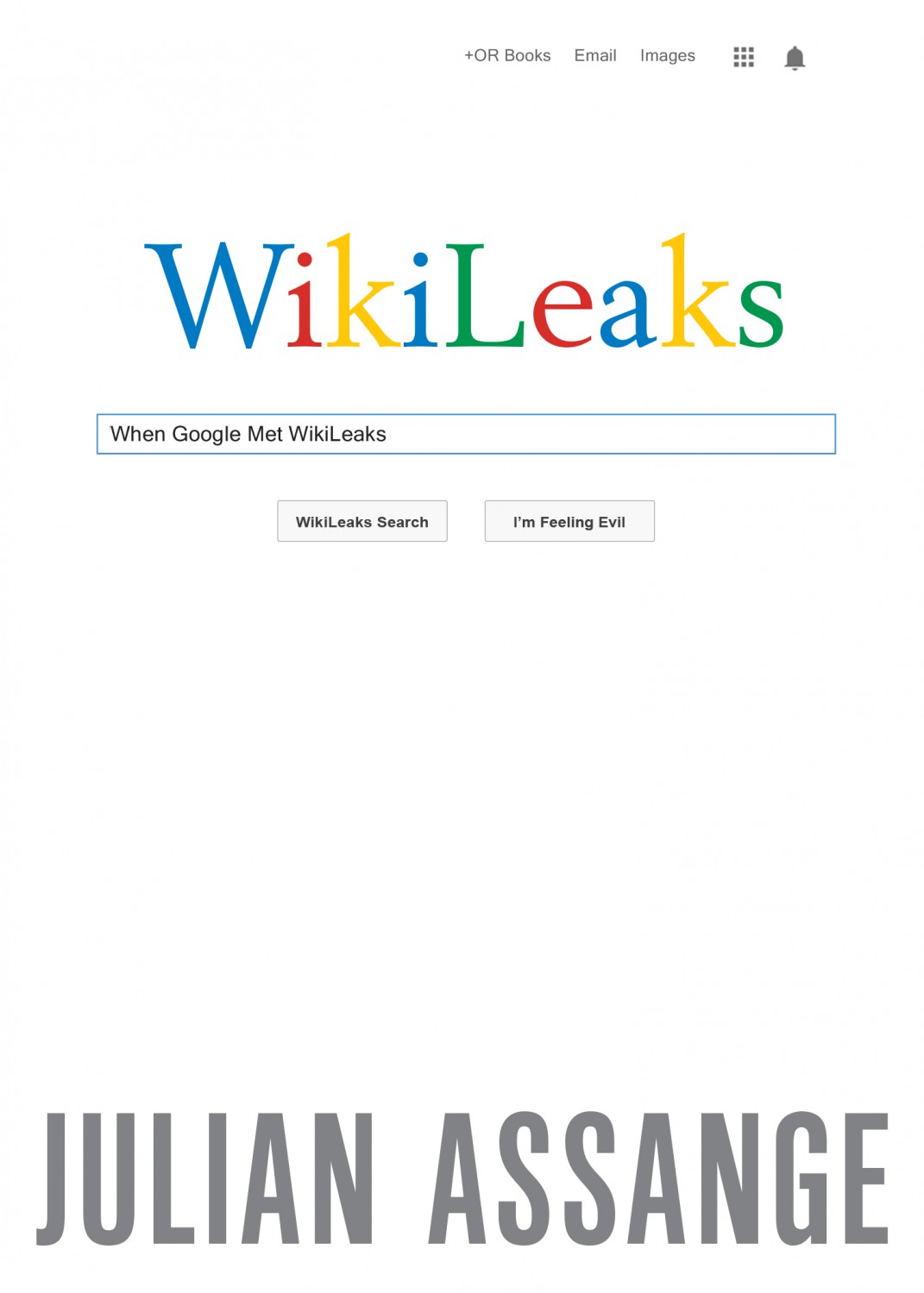 On the face of it, Julian Assange’s When Google Met Wikileaks is a transcript of a 2011 interview between the controversial founder of Wikileaks and the Chairman of Google, Eric Schmidt.

But at the heart of it, the book is about two people’s opposing views on privacy, control and government power.

Before diving into the transcript, Assange opens the book with a look at the growing behemoth that is Google, and brings to light some of the disturbing links the outwardly-friendly corporation with the motto ‘Don’t be Evil’ has to US intelligence and the US government’s global agenda.

Assange explains how each one of the people accompanying him on the Schmidt interview has a close tie to US diplomacy and foreign affairs, explaining “at this point, the delegation was one part Google, three parts US foreign-policy establishment, but I was still none the wiser.”

But perhaps the most interesting bit is about Jared Cohen, co-author with Schmidt of The New Digital Age (the book the interview was for).

Jared Cohen, head of the “think/do tank” Google Ideas, is presented as someone who “could be wryly named Google’s ‘Director of Regime Change’”.

Cohen’s links to key political events in the Middle East, and Google Ideas’ huge involvement with NGOs is detailed, making for fascinating, if not surreal, reading.

The main meat of the book is the interview between Assange and Schmidt.

After having been angered that The New Digital Age‘s quotes of him misrepresented and twisted what he said, Assange’s response has been to include the entire conversation, with the barest minimum of editing.

The result is a rambling discussion that includes numerous segues and the occasional interlude or talk about tigers.

The interview often gets rather technical, but Assange remedies this as best as possible with a heavy use of footnoting, giving background information on technical aspects or historical events.

Unfortunately, after Assange’s opening pieces about all of Google’s vast web of power, the interview barely touches upon this, and mainly focuses on Wikileaks’ internal structure and Assange’s admittedly still interesting views on anonymity and the future of the internet.

There is a lot to learn, and a lot to ponder in the interview, but reading it can be a bit of a slog compared to the deft narrative of the introduction.

After the interview, Assange repeats how his quotes were taken out of context in The New Digital Age, laboriously showing what he said and what was published, as well as counter-attacking the book’s arguments and claims about Wikileaks.

When Google Met Wikileaks is a fascinating, scary, and eye-opening collection of articles and an extended interview.

It lacks an overarching narrative, is sometimes boring, and often you would be forgiven for thinking that the entire reason for the book is simply to attack Schmidt and Cohen for misquoting him, but still, the questions raised in the book deserve to be looked at.

While you may not agree with Assange on all his points, it’s hard not to finish the book without feeling decidedly unsettled about a company that has become synonymous with the internet itself.