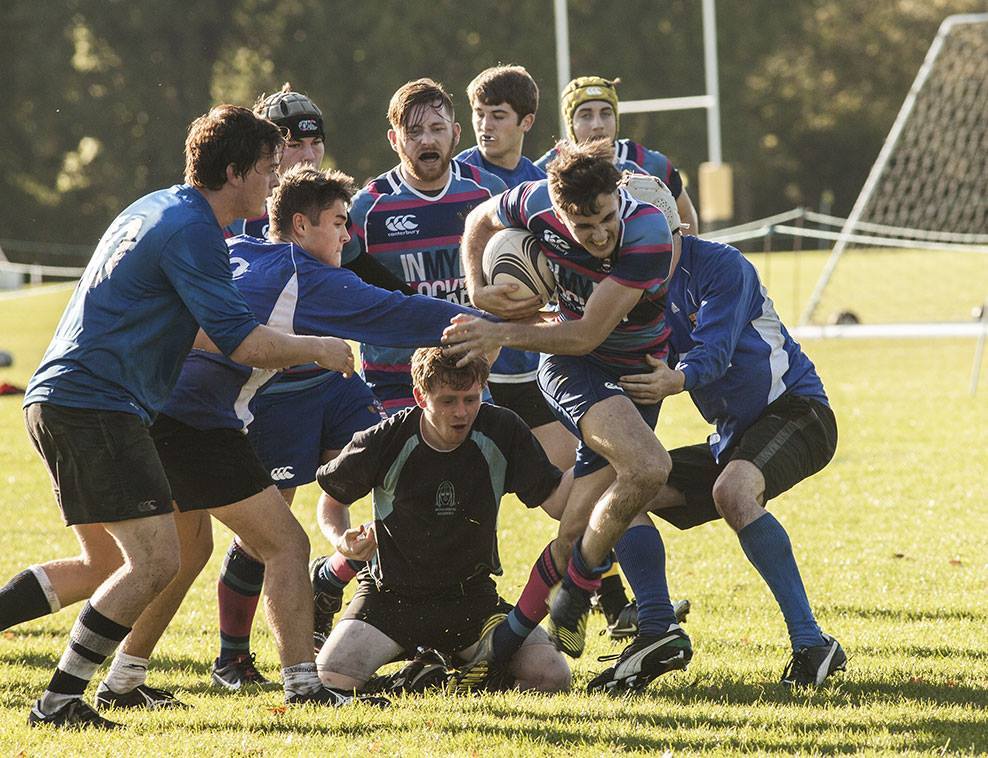 LSE Sport has been dealt another major blow after accountancy firm KPMG withdrew £22,000 in sponsorship  following the disbanding of the men’s rugby team by the university’s student union.

KPMG’s decision means that the firm’s logo will no longer be able to be used by the LSE AU (Athletics Union) or by any of its teams.

A spokesperson from KPMG said: “KPMG sponsors a number of university sports team as part of its support of university-level sport in the UK. KPMG in no way supports derogatory comments made towards any individual or group and after speaking to the club to raise our concerns over recent issues we agreed to end the current arrangement.”

The decision by LSE to disband the rugby team followed an investigation into complaints from students regarding booklets produced and distributed by the rugby club containing ‘sexist, misogynistic and homophobic material’ at the annual fresher’s fair event.

Nona Buckley-Irvine, general secretary of the LSE student union said it was: “disappointing to see that the actions of one club have cost the rest of our sports teams the funding that they need and deserve.” The Beaver (The LSE student paper) reported that KPMG’s decision leaves the athletics union with a £7,000 deficit for this financial year.

Buckley-Irvine stood by the disbandment of the team calling it the ‘right decision’. “We looked at the details of the booklet as it details practices which take place within the men’s rugby club…we asked them [the rugby club committee] to clarify what ‘disgraceful entertainment at club dinners,’ meant, and they confirmed that this referred to having strippers at club dinners. We also looked at the song ‘Chicago’ and it’s lyrics, we asked them to confirm they sing the song, they said ‘yes’, we then asked them if they agreed it was sexist and misogynistic and they said ‘yes’.” Buckley-Irvine explained.

“We have tried to rehabilitate the club … but this simply hasn’t worked.” Nona Buckley-Irvine LSE SU

The men’s rugby club declined to comment on the case, but some members took to social media to voice their opposition to the decision, one comment read: “The actions of a few should not mean that the rest of the student body who enjoy the sport should be not allowed to play (sic)… 90 per cent of us weren’t even at the fresher’s fair, and all but a few would ever use that language…The majority of the rugby club are also looking for an apology from the club’s captains.”

Another added: “We freshers have done absolutely nothing wrong, and yet you’re punishing us? Very unfair.”

When asked about the argument that one of the LSE’s largest sports clubs was being disbanded for the actions of a few, Buckley-Irvine was unapologetic, stating: “I would say, again, our investigation looked at the club culture as a whole, it doesn’t matter anymore if it was individuals committing it. No one would take responsibility; they said it was a ‘club contribution’… In terms of the name ‘LSE men’s rugby club’, that’s been dragged through the mud, there’s no way we can facilitate a positive atmosphere without taking this action.”

As well as the practices detailed within the booklet and the current investigation, the LSE’s student union has allegedly reported they’ve previously received four complaints made against the men’s rugby club dating back to 2010, these allegations include:

“We have tried to rehabilitate the club and apply the appropriate sanctions throughout the years, but this simply hasn’t worked.” Buckley-Irvine says.

One student has also suggested the team host an event for LGBT members of LSE sports.

“Obviously this has come as a bit of a shock, so it’s something we’re keen to work with the women’s officer, the LGBT officer, the AU exec and the AU community as a whole to just come out of this really strong and united on tackling these issues.” Buckley-Irvine says.

This is not the first time a university rugby club has found itself in hot water over its perceived ‘lad culture’.

In 2013, Pembroke College, Oxford, was relegated from the university’s league following an internal investigation into an email entitled ‘FREE PUSSY’ from the club’s social secretary instructing members to “pick” a female fresher and spike her wine.

The sports governing body, the Rugby Football Union, has expressed their disappointment over the behaviour of the LSE men’s team: “The poor behaviour by students from the London School of Economics rugby club was extremely disappointing and below the standards we expect from anyone involved in rugby. The RFU is firmly committed to inclusion and diversity in rugby and we take all allegations and complaints like this very seriously.”

The controversy surrounding the LSE men’s rugby team has continued to hurt the reputation of their AU and the economic backlash will be hard to deal with for their Student Union.