Tinder: The new art of dating 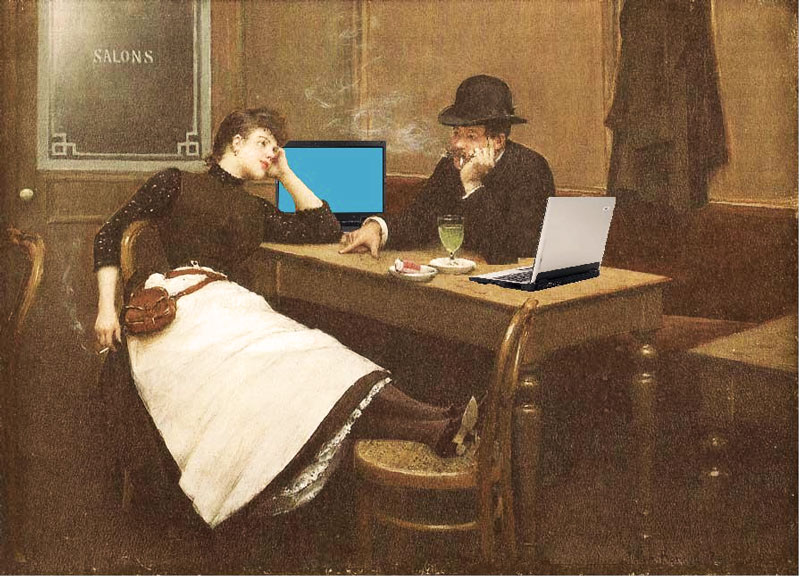 My finger hesitated, poised over the download button. The words, ‘serial killers’ and ‘weirdos’ entered my mind. What was I getting myself into?

I’d heard numerous Tinder-date disaster stories that were enough to make my skin crawl. However, curiosity made my finger twitch; taking a deep breath, I pressed the button. I knew what happened to the curious cat. I only hoped I wouldn’t regret my decision.

Personally, I’d always associated online dating as a platform for lonely, desperate thirty-somethings who wanted to hastily find someone to marry before they became out-of-date produce.

It was during a girls’ night in when this long-established belief crumbled into uncertainty; wine flowing, the topic of men and relationships had naturally slipped into the conversation. It was then that a shocking revelation was unveiled.

All my single friends were on Tinder!

When questioned about their reasons for signing up, I received two clear answers. One: to find a relationship. The other? Good old-fashioned fun.

Knowing my own struggles to find ‘Prince Charming’, they immediately suggested I get on the e-dating bandwagon. I objected. This reaction came with the mocking response, “We aren’t in the 18th Century! Get with the times!”

My argument that Tinder’s sole purpose was for hook-ups, not relationships, fell on deaf ears. Successful stories of ‘a-friend-of-a-friend’s’ new blossoming online relationship were thrown back at me: “Maybe,” my friends urged, “It’s time you tried it yourself.”

After signing up, a new member is immediately hurled into the world of Tinder. Hundreds of different profiles are produced on your screen, ready for your viewing pleasure at the simple swipe of a finger: left for no, right for yes.

It’s addictive and entertaining; I’ve caught men and women alike passing time on public transport by going through Tinder profiles. From the vain, topless selfies of ripped abs to the adventurous thrill-seeker posing mid-skydive, a picture says a lot about a potential date.

There are plenty of profiles to flick through, so the user is certain to find a partner they like. After the swipes come the matches and with each notification comes a sense of pride in knowing that you are, in fact, attractive to the opposite sex.

Once you’ve created a solid archive of matches, the messaging starts. This is the most important part of e-dating; where the ‘online chemistry’ happens.

A lot of the guys I encountered on Tinder sent the customary, ‘Hi, how are you?’, which – although simple and polite – was overshadowed by other, more creative introductions.

I suppose, as a journalist, I like men who have a way with words, and appreciated the clever ways matches used to catch my attention. What can I say?

The more daring messages reeled me in. The rest – highly sexual comments and the obligatory dick-pics – surprisingly added flare to the whole experience. It wouldn’t be online dating without the perverts.

After a few minutes of chatting to potential suitors I could understand each guy’s intention. Some didn’t beat around the bush. Disappointingly, the smoking-hot, muscular guys I encountered were most likely to ask if I was up for some ‘fun’. Others who asked me out for a ‘drink’ within seconds of a greeting also seemed to imply that this was a synonym for ‘sex’.

Of course, the weirdos also made an appearance. A good looking, 20-something investment banker made a promising impression on me before revealing that he had a shit fetish and wanted to know my bathroom habits in detail. I guess no-one’s perfect.

Surprisingly though, most of the guys I swiped wanted to find out more about my interests. I actually ended up ‘clicking’ with a few guys online, which was a shock for a traditional girl like me.

Still certain I would experience at least a couple of disaster Tinder dates that would give me a good story, I agreed to meet up with a few suitors.

This is where I disappoint you all. I personally did not meet any men with strange fetishes (I’d booted them off ages ago, online) and none of my Tinder dates ended up being psycho-killers or weirdos.

Sorry! They were exactly what they said they were and even better looking than their pictures. From the 26-year-old gifted barrister to the geeky firefighter – they were all lovely guys.

People argue that Tinder is shallow, a place where people judge you on your looks. But doesn’t the same thing happen face-to-face?

Men only approach you if they find you sexually attractive. It’s human nature; we want the best gene profile for our potential offspring and this need has evolved with our technological age.

I’ve realised that e-dating isn’t only for lonely people searching for love, but also those with hectic work lives that don’t have time to search for Mr/Miss Right. For many, dating apps have become as normal as Facebook and Twitter for social interaction.

Will I personally stay on Tinder? No. Even in our modern world, where everything from shopping to dating happens on the Internet, I’m sticking stubbornly to my old-fashioned values.

I guess Jane Austen novels have given me the belief that true love will come to us, rather than us seeking it. I want those chance meetings in public places, I want to feel that spark when you first glance into the eyes of that special someone.

Nothing can beat the beauty of two strangers meeting, from the awkward first hello to the thrill of exchanging numbers. Tinder, on the other hand, goes straight to the chase; swiping through suitors is like flicking through an Argos catalogue.

The dates had no spark, and even though I ended up meeting nice guys, I couldn’t help making escape plans in my head beforehand, which tainted the experience somewhat.

Ah well. Looks like I’m going to be single for a little while longer.