This summer saw a handful of intrepid new vinyl ventures popping up around the capital, taking the focus away from the traditional record shop heartland of Soho and into locations either side of the river.

Peckham’s nightlife stock has rocketed in recent years thanks to the proliferation of new venues and club nights in the area, so the addition of two record stores seemed like a natural progression.

New kid on the block YAM Records set up shop in units 11-14 of the K&S Indoor Market on Rye Lane back in August. The baby of local party promoter Tom Lawes and DJ/collector Theo Kozlowski, it specialises in secondhand vinyl, cassettes and independent releases.

YAM’s arrival came as the dust had barely settled from that of Rye Wax, who opened its doors in July in the basement of Peckham hotspot the Bussey Building. 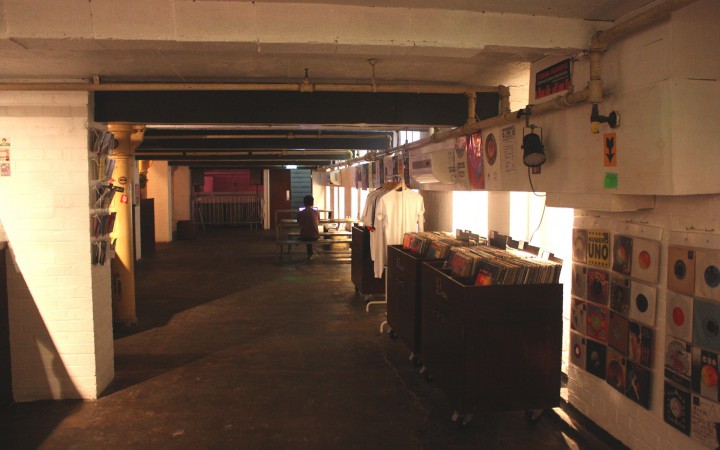 As co-founder Tom ‘Unlikely’ Stiedl explains, Rye Wax was born from a feeling of duty to the local community, as much as from personal aspiration. “The whole point was to create a much-needed musical hub for the community, specifically in South East London. Peckham – with both its recent growth and history as the old retail destination of the area – was the place to do it. It’s something that’s been a dream of mine for a while, and the music community around here is massive and growing every day. It was more a case of, if not now, then when? So far it’s working out pretty well, so hopefully our confidence wasn’t misplaced.”

Whilst official UK sales figures paint a picture of health with 844,122 vinyl albums sold in the first nine months of 2014 compared to 829,243 in the whole of 2013, Tom is right to be wary of misplaced confidence.

The download-dominated culture of the last decade has seen independent music retailers drop like flies around the country.

Notable examples of late include Bristol institution Chemical Records, who went into administration earlier this year, and Soho’s veteran vintage vendor On The Beat, earmarked for closure after Christmas following a failed attempt to be sold on eBay.

Despite this economic uncertainty, the enthusiasts behind London’s record store start-ups remain undaunted. Sean Innit of new Hoxton retailer Love Vinyl cites “beer, and a great team of music-loving, like minded people” as the fundamentals behind their decision to enter the market. The model of a strong, knowledgeable crew at the helm seems key to the success of the new independents.

“The team behind Love Vinyl are Jake Holloway, The Mighty Zaf, Dave Jarvis, Stuart Patterson, James Manero and myself,” Sean says. “Each one of us has worked in the record industry with their hands in production, labels, events, A&R and pretty much any other role you can think of. Both Zaf and Dave have had 18 years each in shops, with Zaf at Reckless and Dave at Beggars Banquet.”

In Peckham, the backbone of Rye Wax is also a close-knit collective of industry heads, although the record-selling game is new territory for all involved, as Tom Stiedl confirms: “We’re made up of a group of friends really, with pretty diverse experience, but none of it previously in a record shop. Between us we’ve run or worked for record labels, been DJs and producers, worked at agencies, been promoters, bartenders, floor managers – pretty much the full gamut with the exception of a record shop!

“Beer, and a great team of music-loving, like minded people”

“It was a pretty natural evolution though. We’re all the sort of people who were constantly nagging our friends about some new track or sound. Ultimately, all of this wouldn’t have been possible without the support we’ve had from our backer Mickey Smith who runs the CLF Art Café upstairs as well.”

Diversity is also a crucial factor in the commercial appeal of these new record stores, with Rye Wax supplementing its extensive vinyl selection with prints, comics, books, food and booze to elevate the record-shopping experience:

“We’re really proud of our stock. We buy a huge range of new stuff every week and constantly turn over our gigantic second hand £3 section. The shop itself is a lot more relaxed than most, what with the bar and café space and the excellent Vietnamese food. You can grab a big ol’ stack, and really take your time over it while having a beer or two. We also have DJs pretty much every evening and a lot of late night events covering all sorts of music,” Tom explains.

Likewise in Hoxton, Love Vinyl are striving to offer their punters a welcoming, experience-focused approach, as Sean explains: “We like to share what we know, as well as learn about new scenes, music and nights in the area. We have a lot of free in-store parties and have recently had New York legend Danny Krivit, Greg Wilson and Faze Action play, as well as lots of local labels having launch nights.” 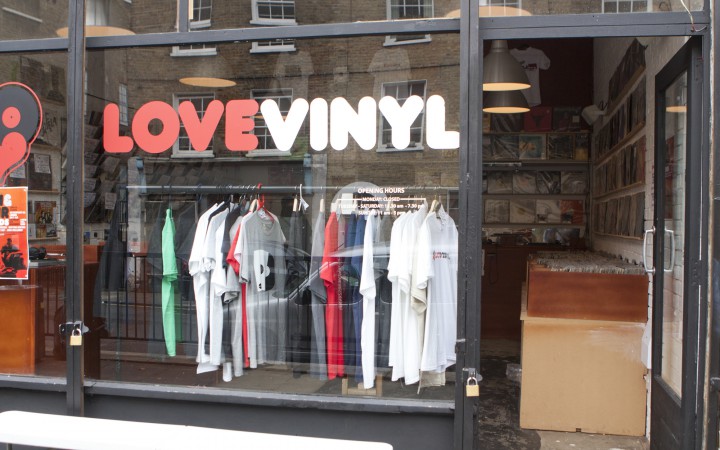 The record-buying ‘experience’ and popularity of vinyl has been boosted in recent years thanks to Record Store Day, a celebration of record store culture that sees independent shops across the UK hosting in-store events, with labels and artists putting out exclusive vinyl and CD releases.

Entertainment Retailers Association Director General Kim Bayley cites a correlation between the annual event and the hefty resurgence in vinyl sales: “[It’s] an extraordinary turnaround. Independent retailers were first to identify the untapped potential for vinyl and made it the focus of Record Store Day. With record labels now making more vinyl available, this trend shows no sign of abating.”

With the scale and popularity of Record Store Day increasing year-on-year and 2014 vinyl album sales poised to hit one million for the first time since 1996, it’s a great time to be in London’s record stores – on both sides of the counter. Vive la renaissance!

Check out our round-up of the best London independent record stores here.