Films | We Are The Giant 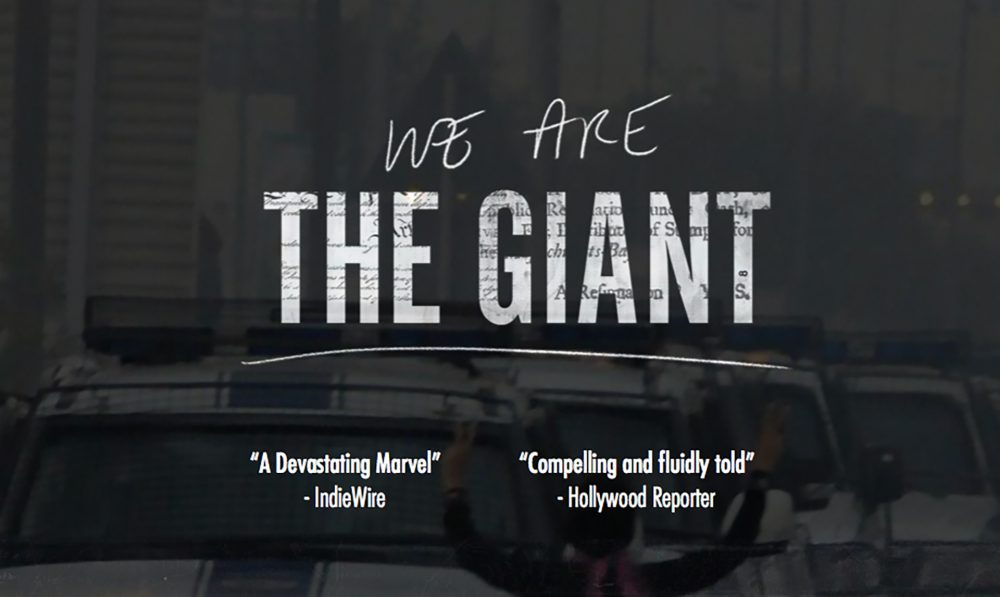 Protesters in the street in Syria, yelling “peaceful” at the top of their lungs despite the flying bullets of the police aimed at them. A young Libyan girl singing for her people’s independence disappearing in a cloud of smoke sparked by a missile falling nearby. Screams and blood covering the streets of Manama’s Pearl Roundabout.

We Are The Giant directed by Greg Barker is a grippingly inspirational documentary concentrating not on the politics behind the Arab Spring but on real stories behind the revolution and what people can achieve by coming together.

The documentary is divided into three panels, each one focused on the stories of six activists in Libya, Syria, and Bahrain.

Osama Ben-Sadik, a Libyan businessman, recounts the story of his American-born son Muhannad, a 21 year old student who abandoned his life in Virginia to fight with other protesters to oust Muammar Gaddafi.

Motaz Murad and Ghassin Yassin share their experience as leaders of peaceful protests in the heart of Syria and discuss how their dreams of a better country have been squashed by civil war and extremism.

Sisters Maryam and Zainab al-Khavaja explain how they managed to bring people to the streets by venting their frustrations against the Bahraini government on Twitter.

The showcase of real tweets sent out by protesters as events unfolded helps not only in breaking the tension and anger the viewer is affected by, but also in demonstrating the efficiency social media had in promoting the expansion of the revolts.

The Arab Spring is here elevated to historic status by the comparison with other revolutionary movements, such as the Civil Rights Movement in the US, by intercutting the main panels with speeches and quotes from great transformational figures. This suggests that what happened in 2011 shouldn’t be considered an exception, but a natural response to injustice.

We Are The Giant is a heart–breaking tale of loss that manages to teach viewers that great achievements sometimes require unimaginable sacrifice, and that failure should never give way to despair.