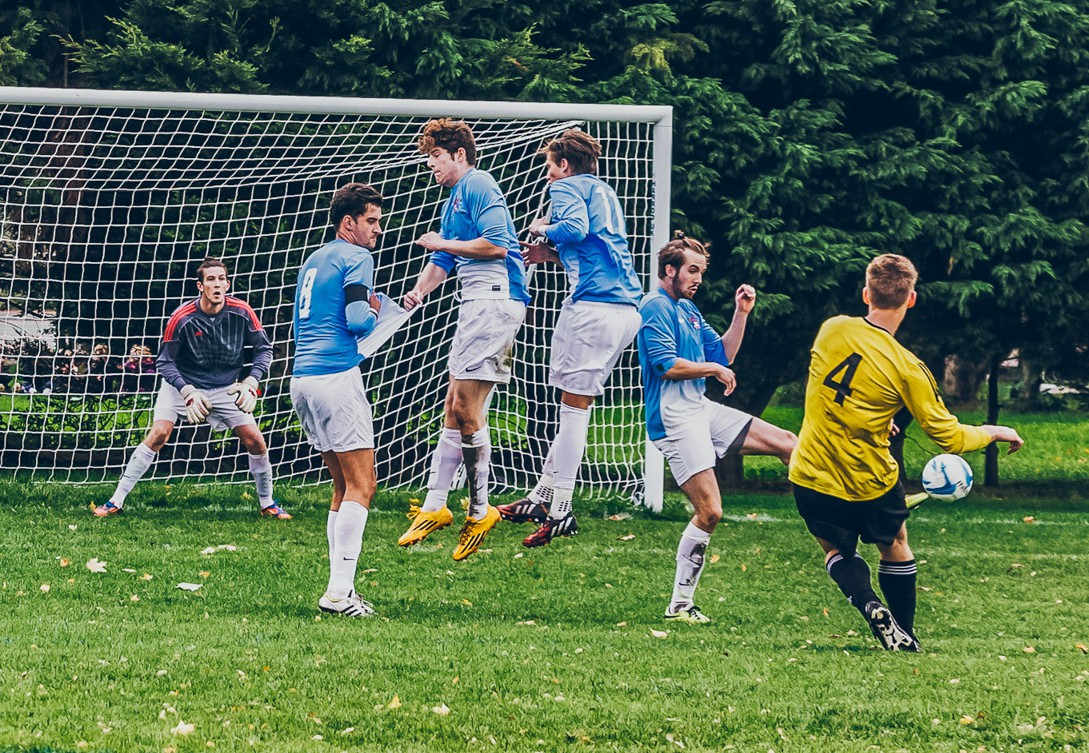 UAL 1st and 2nd XI men’s football teams made history when they both advanced to the round of 32 of the South Eastern Conference Plate.

It was the first time any Arts side had made it past the first round of the competition, with the 1st team beating a strong Essex 4ths 5-4 and the 2nds securing a hard-fought 2-1 victory over Reading 4ths at the Quintin Hogg Memorial Sports Ground.

First team captain Jamie Ford said: “The adrenaline was rushing and it was an exciting game. Success in the cup reflects our hard work both on and off the pitch this year, and this is just the start.”

The 3rd team missed out on an Arts derby in the second round when they lost 7-1 to a strong Tottenham Hotspur Foundation side, who will now play UAL 1st.

The 2nd team take on Bucks New University in the next round. Both matches will be played on November 12.

In hockey, the men’s 1st team had a walkover in their cup competition against Kent 2nd. They will play Imperial College 1st in the round of 32.

Their female counterparts, however, were handed a 5-1 defeat by St George’s 1st. Arts 2nd did not fare any better as their cup hopes were dashed by a 3-0 loss to Bucks New University 1st.

In netball, Arts 1st team lost 35-28 to Hertfordshire 1sts, but the 3rd and 4th teams won their games against Imperial 7ths (Medics) and Brunel 6ths, respectively.

They both advance to the next round where the 3rds play St George’s 2nds and the 4th team face London South Bank 1sts.

Both games will be played on November 12 at the Geraldine Mary Harmsworth Sports Facility.