My Mother Tongue: a portrayal of mental illness

London College of Communication (LCC) alumna, Antonia ‘Pom’ Attwood, experiments with a variety of still and moving images to explore family, the home and mental illnesses.

Pom’s latest video, My Mother Tongue, shows the harsh realities of bipolar disorder and the toll it takes on the sufferer. It delves into the internal and external world of the illness, keeping them side by side for constant comparison. Attwood aims to be vocal and frank about mental health issues by taking on the questions that people don’t dare ask.

Bipolar disorder gets so tumultuous that it can take over the sufferer’s everyday life, causing extreme episodes of mania and depression. Celebrities like Stephen Fry and Catherine Zeta-Jones talk openly about the disorder and the impact it’s had on their everyday lives. Although recovery rates are high, so are the number of relapses.

The Institute of Inner Vision LCC graduate scheme focuses on making art to reflect the causes and consequences of mental health. It attempts to challenge the stigma and discrimination that plagues mental health issues and endeavours to promote “greater awareness of social, biomedical and artistic solutions to some of our most important questions of health and wellbeing.”

My Mother Tongue has been shown at a range of exhibitions across London, including: Art Brain’s exhibition, Psychosis Speaks and the Still/Moving DSLR film festival in Brixton.

Pom sat down with Artefact and gave an insight into her work, techniques and motivations:

What was the main aim of My Mother Tongue? 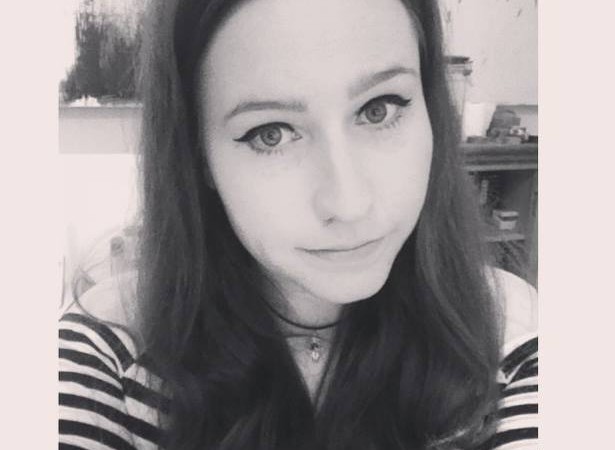 I wanted people to try and understand how the illness feels. Throughout my childhood and teenage years, I spent a lot of time trying to understand what my mother was going through. I know that I’ll never be able to get inside her head and see things exactly how she does, but it was important for me to understand her. I read a lot about mental health issues, but I felt that a lot of reports are too scientific and lacking in personal experiences.

I found these reports really difficult to understand and relate to the real world. I found actually sitting down and talking to my mum about her experience was so helpful, and I wanted to share that with other people too. It was important that the film was based on my personal experience, but was also open to interpretation from other viewers. I didn’t want it to only be about mine and my mothers experience, I wanted viewers to be able to watch it and relate their own stories to it as well.

The use of the split screen is very powerful, why did you chose this technique?

Bipolar is a condition that’s characterised by periods of elated moods, or ‘highs,’ and periods of extreme depression, ‘lows’. I felt that it was extremely important to show both sides of the illness, because that’s the reality of it. I wanted people to understand how the illness feels. You can’t have the ups without the downs and people who live with this condition have to live with both. I decided to show them both side by side because I felt it would best to portray the emotions pulling and pushing against each other. Which is one of the reasons bipolar is hard to manage.

In the video’s description you state: “The viewer is forced into the uncomfortable reality of the illness.” How was the video received?

Very positively, I think. I’ve had a lot of great feedback from family, friends and strangers. Many people thanked me for putting the video into the public domain as it got them talking about mental health and thinking about their own experiences. I was touched by my grandparent’s feedback, as an older generation these kinds of subject were so often hushed up. And I know they felt it helped them understand my mother better.

Although they’ve always been so supportive and helpful in a practical way, seeing the stories on a screen in this way helped them on a more emotional level. Some people found it quite uncomfortable, which I understand. It isn’t supposed to be an easy watch, because mental illness isn’t a comfortable subject. If it was, I wouldn’t feel as compelled to make work about it.

Do you still find there’s a taboo surrounding mental health?

We’re all fighting personal battles and actually coming to terms with these battles is easier said than done.

To an extent, I think people are happier to talk about it in an indirect way. But when it comes to talking about your personal mental health it becomes a lot harder, which is understandable. We’re all fighting personal battles and actually coming to terms with these battles is easier said than done. I think that’s why I found it important to tell my mother’s story.

Although she’s an artist herself, and we worked side by side on this project, I think it was difficult for her to see her vulnerabilities shown so openly. This is why it was important for me to be a part of the process. She feels it’s important for awareness about mental health to be raised, but taking that step on your own is often very difficult.

How was the filming process?

I think the hardest part when creating any work is the point at which you stop creating and make the decision that the piece is finished. I would still be re-shooting scenes in the film now if I had time. As an artist you have to draw a line under your work and leave it at that. Having a set deadline helped though. At the moment I’m working on a commission for The Institute of Inner Vision.

It’s still really early days, but I’m leaning towards creating work about bipolar I, which involves periods of more severe mood episodes. My mother has bipolar II, which is a milder form of the illness. I would love to create a comparison of the two illnesses and I’m currently trying to find a subject that has bipolar I that would be willing to help me.

Do you hope to continue working on mental health pieces in the future?

I think there’ll be a few more films around the subject of mental health, but I’m not going to stick to bipolar. Obviously it’s something that will crop up in my work a lot. I’m not going to tie myself down to a subject, but I’ll carry on trying to make work that raises awareness because that’s important to me. I hope to carry on creating and exhibiting work. I haven’t really thought about what I’d like to focus on after mental health yet, I suppose it depends what inspires me at the time.