Anti-harassment group says London is “as extreme” as New York

Last week a video showing a girl in New York City being verbally harassed 100 times in 10 hours went viral, and the organisation behind the video believes the situation is as extreme in London.

The internet sensation was filmed on a hidden camera by Hollaback!, a non-profit movement to end street harassment. The movement is supported in 79 cities around the world.

Hollaback! London defines the term ‘street harassment’ as “any unwanted sexual/sexualising behaviour that makes you feel uncomfortable as a woman or LGBTQ person moving through public space.”

Cassie Riddell, 21, London student, says that the NYC video is “upsetting” because of the reactions it’s provoked from men.

“They see what goes on in the video but don’t believe it. Or they argue that the guys are being friendly and just saying hi.” She goes on to say that “guys don’t seem to see anything wrong with it, yet the majority know how threatened and scared it can make a girl feel.” 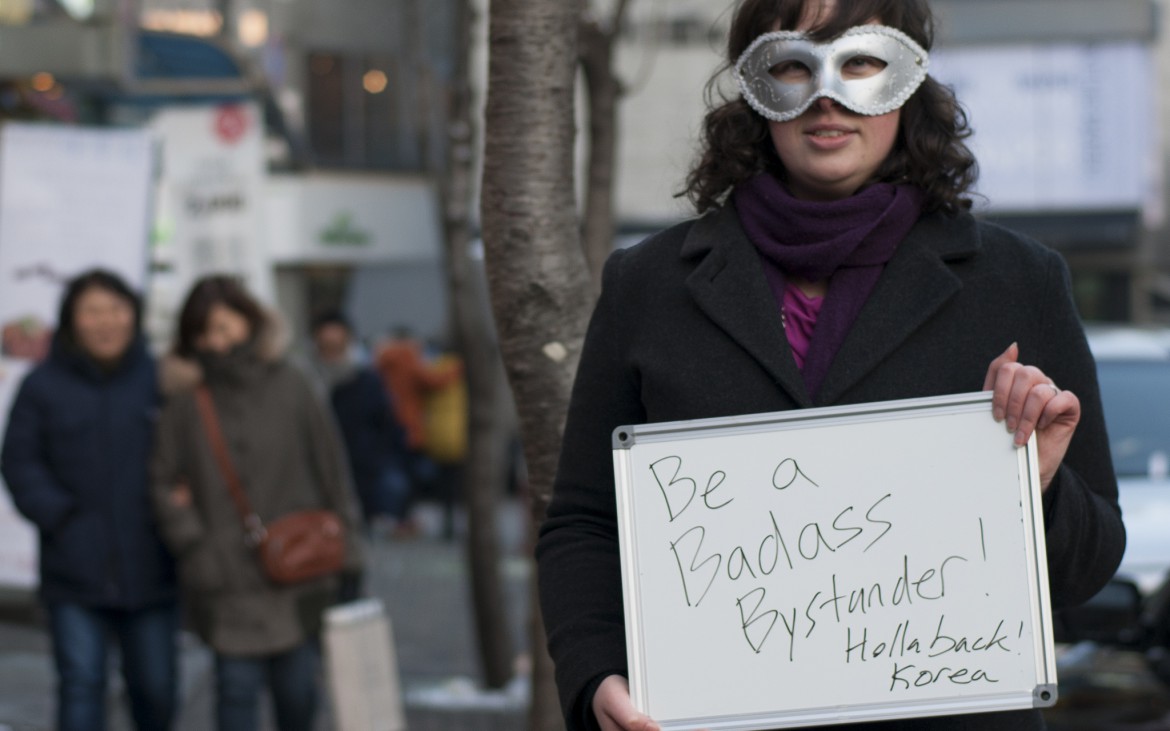 Hollaback! global campaign encourages bystanders of street harassment to help out victims instead of being silent witnesses. Photos by Will Hopkinson for Hollaback! Korea

On whether the situation is as extreme in London, Hollaback! say “yes it’s absolutely as extreme – the five hundred stories on our website confirm this. The social environment, which is generally less open in London, is conducive to harassment going unchecked,” says Hollaback!

Author Steve Santagti sparked fury online after appearing on a CNN discussion about verbal harassment. He said that “it’s just another example of a lot of feminists that have an attitude,” going on to say, “they take it too far.”  He believes that “Hollaback! is pathetic, a joke.”

Thea Garbut, 22, London student, agreed that it’s as extreme, but in a different way and in different areas, she added: “When you’re going out it’s definitely worse.”

Hollaback said: “We aren’t generalising and we know people of every gender can experience harassment, but it is fact that it disproportionately affects women and LGBT+ people.” 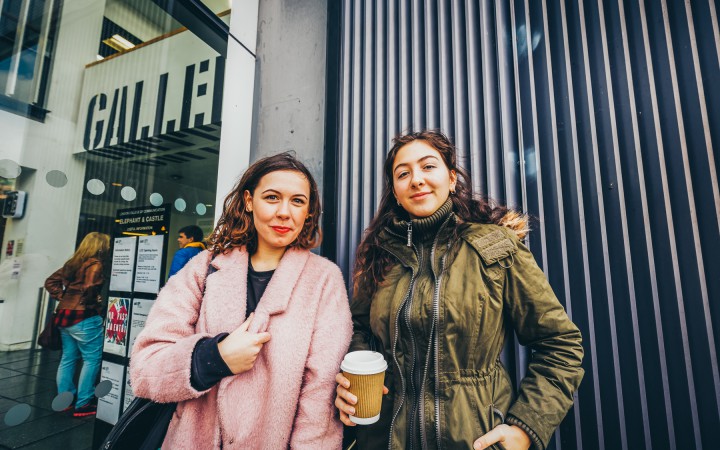 Thea Garbut (left) and her friend outside London College of Communication

Garbut agreed that “if it’s happening then yeah it’s important, but I don’t know if it happens as much.”

He says “I don’t think any group has the ability to speak on behalf of others and I think it’s actually a bit up themselves when they do.”

Hollaback! London are now also working with the NUS on their independent campaign, a national UK and Ireland-wide network, to end harassment on nights out.