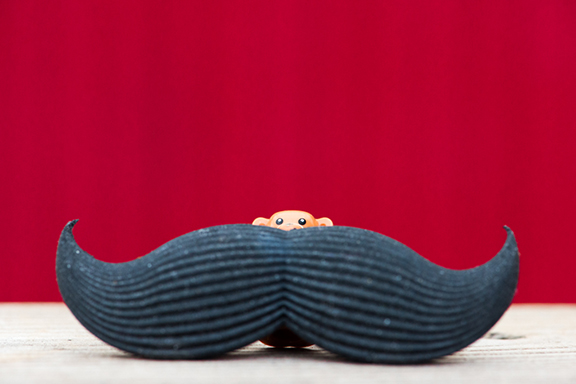 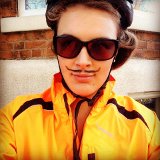 Kate Hyde, a medical student at the University of Manchester, is trying to raise awareness of cancer for Movember by drawing a moustache on herself.

Kate Hyde took this drastic action to make students more aware of prostate and testicular cancer, which is the theme of her university’s campaign.

Kate, a second year student, is a member of a student group called Cancer Awareness in Teenagers and young people Society (CATS).

She said: “They’ve organised the Movember campaign at the university and whilst talking to some friends on the committee I said that I would give the challenge a go. This was long before November 1 when I suddenly realised that I now had to follow this through for the whole month!”

The Devon student arrives at university with a different moustache each day. “I decided to go with a different style each day to keep it interesting! I have grand plans to make them more elaborate in the last few weeks and days as the boys who have been slowly growing their moustaches start becoming competition.” She added: “It’s sometimes difficult to come up with inspiration for new ideas every day, but so far its been quite fun.”

Kate’s received mixed reactions from people for her action to raise awareness of cancer: “Most people have been very supportive of it. I have definitely got some very funny looks on trains, buses and walking around uni, but when I make eye contact with people they either smile back or look very embarrassed for being caught staring – quite funny really!”

She added: “My friends have been very supportive and most of them reckon that they are so used to it now that they don’t notice it!”

“I hope I’ve made a difference even if it’s just by showing that anyone can take part in Movember and that it doesn’t matter what you look like,” says Hyde.