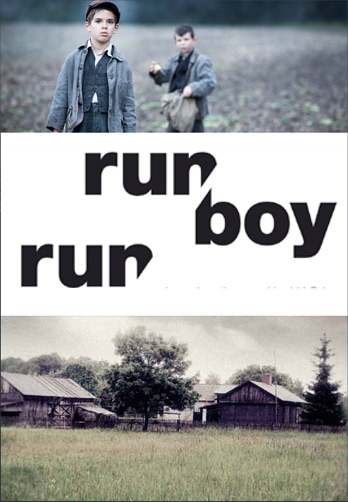 The film was screened in the UK for the first time at the Phoenix Cinema as part of the UK Jewish Film Festival and certainly left the audience feeling a tad emotional.

Twin brothers Kamil and Andrzej Tkacz deliver astounding performances as Srulik, an eight-year-old Jewish boy depending on the warmth and kindness of strangers in a Nazi-occupied Poland.

Before saying their goodbyes, Srulik’s father makes him promise that he must do whatever he can to survive but never forget his Jewish faith.

The movie begins with a wintry, desolate landscape, as a weary Srulik struggles to walk; weak from hunger, his feet swollen from the sharp cold.

He eventually makes it to the door of a partisan woman named Magda (Elisabeth Duda) who nurses him back to health and helps him create a cover story; a Christian war orphan named Jurek Staniak.

Faith obviously plays a major theme in the movie, as Srulik struggles to keep sight of his during a time when Jews were being persecuted. He finds shelter in Christianity and begins to commit to it, something that was common amongst Jewish children during the Nazi occupation.

One particular part of the film echoes Rob Reiner’s Stand By Me, when Srulik meets other children his age who’ve been separated from their families. The group survive in the forest, occasionally stealing chickens, vegetables and clothes from farms.

Unlike Stand By Me, Run Boy Run’s children are forced into adversity, with Srulik having to learn quickly how to survive in a cruel world.

The film is a mixture of intensity and heartbreak, with moments of colour as Srulik uses his innocence to seek shelter on various farms.

Despite exploring a very dark period in history, the film often has charming moments thanks to excellent performances given by the Tkacz brothers, making it a delightful watch.