The November that has just passed could easily be called the month of social entrepreneurship, with winners of Social Enterprise Awards 2014 being announced on November 26 and banking group Santander announcing that it will be investing more than £13 million in a fund for regional social enterprises.

Social enterprises are businesses that trade for social or environment purpose before profit-making, however both are essential for them to survive.

Different from NGOs and corporates’ social responsibility (CSR), the SEs have greater commitment to independency and originality; the annual Social Enterprise Awards, hosted by Social Enterprise UK, recognises people who contribute significantly to the SE sector.

Despite having been around for years, the SE sector has seen particularly rapid growth in recent years – apart from the well-known players like Jamie Oliver, many private businesses are moving into this field to start up their own trade, suggested by The People’s Business Report last year.

A reason for this growing trend is the emergence of SE services that help social entrepreneurs network with people outside their fields, sharing visions and resources, to build momentum behind London’s social business sector.

Tommy Hutchinson, one of the leading figures of this area gives insights on being a social entrepreneur nowadays where its process, although relates to social goodness, may not be as gentle as we thought. 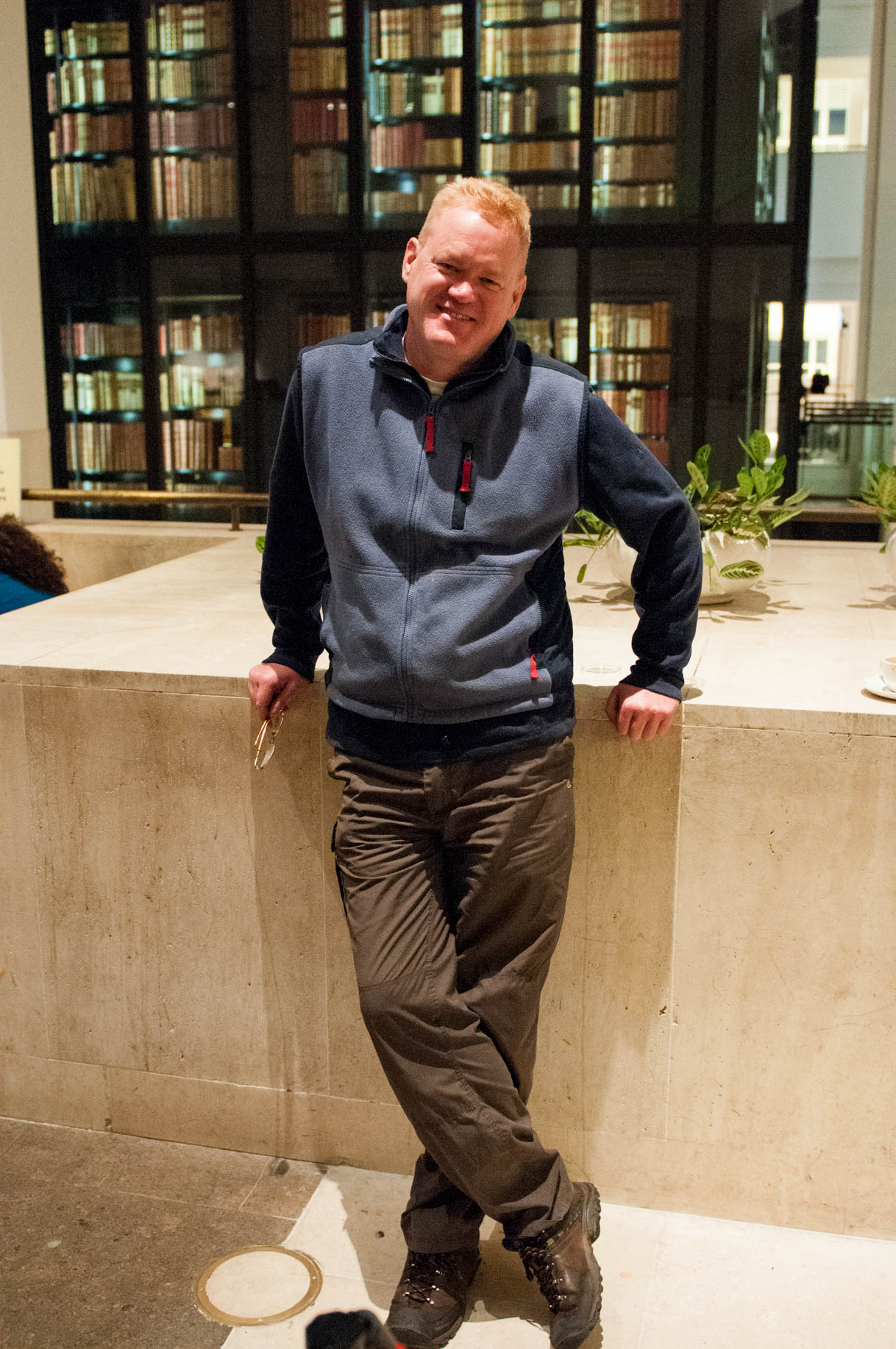 Six years ago Hutchinson founded a social entrepreneurship service hub i-Genius, which backs up his clients through profiling companies, providing training and bringing in representatives from abroad to help the like-minded find their ‘significant other’ in the social business world.

Today, as a CEO, he manages i-Genius which serves clients in around thirty countries and has commissioned 16,000 networks in over 200 countries.

“Don’t set up business with your best friend,” he says. “[You] can easily fall out or change the nature of your friendship.” He believes it is vital to find someone who possesses different professional knowledge from you to avoid direct competition and to better complement each other.

Whilst undertaking a new project is commonly thought as the hardest part for start-ups, searching for reliable partners is the key. And this is the reason why he’s keen on business networking.

Before i-Genius, Hutchinson entered the market by setting up a social marketing agency to run around EU opportunities.

During a holiday in Indonesia in 2007, Hutchinson networked with fellow creatives and started to yield business ideas that he’d never thought about in his decade-long corporate career.

Back then, he said, the social enterprise sector was still a niche market, but within four to five years the market has quickly expanded and social entrepreneurs face fierce competition just like any commercial entrepreneur does.

Such cases are particularly true in Britain, where elements of social problem-solving are spread throughout a plethora of fields.

i-Genius member Hong Khaou, a Cambodian-British filmmaker, debuted at BFI with his latest release Lilting that won him the award for best cinematography at the Sundance Film Festival. He’s only one of the many achievers who rock the art and culture business with a social purpose.

Hutchinson believes London is the “real capital”, despite big cities like San Francisco and Hong Kong which have also seen well-established social businesses.

So, are there new rules recommended for entry into the maturing market?

“Since it will require immense hard work, doing something you really, really care about is essential.”

Conventionally, one comes up with an edgy product or service, writes proposals for funds, then waits until more cash flows in. Currently, most government funded programmes experience difficulties, with often only partnership applications getting accepted.

Hutchinson doubts the sustainability of this model: “There are schemes and funds and the UK government isn’t doing bad. But social entrepreneurship isn’t so much about worrying how to get help, rather it’s thinking about how to make things happen.”

It comes down to the core value of social entrepreneurship – to make people who the entrepreneur helps feel more valuable in order to achieve mutual improvement.

When we ask the CEO how one can stand out from the growing crowd of social businesses, he immediately gives a lucid answer: “just be really good at what you do and keep getting better.”

He explains that very often people lack resilience and stop improving. To be really good at the business, one can actually start out from zero.

Hutchinson uses Zacky Farms in Lahore, Pakistan, as an example to illustrate how the farm founder, initially an engineer, acquired all the farming skills entirely from Google and developed his organic agricultural technology, now reproduced by a number of foreign corporates.

“I find people who can help themselves the most impressive,” says Hutchinson.

But all this only comes after a strong intention to do well. It usually takes at least two years or more to get a business on track, with some failing earlier on.

Hutchinson is even sceptical about those so-called survival figures. “Even Tesco is struggling. The business is never predictable,” he points out, saying that he saw many entrepreneurs who had at first failed then started again and again, which could yet be a crucial step towards improvement.

Regarding the conversion of ideas into businesses, he says: “You need to be very aware of what’s going around until – you get a nugget of idea. Then scope the idea into a time frame – think about how it will look like in a year and five years time; how would the different pieces fit together; where to get a loan if needed; who are the customers and where are the opportunities. Since it will require immense hard work, doing something you really, really care about is essential.”

“Most university business courses are rubbish. They over-teach students how to measure, analyse and raise investment funding, but not teaching them to create an idea and sell it.”

However, Hutchinson says, there are also people who lean too heavily on the social cause and have totally forgotten about making a profit and then fall into risks.

While many think social entrepreneurship is a conflict between commerce and generosity, Hutchinson thinks that “you must first consider how to earn enough to survive so to sustain your mission.”

Being asked whether a university business course for social entrepreneurship would be beneficial, Hutchinson is blunt: “Most university business courses are rubbish. They over-teach students how to measure, analyse and raise investment funding, but not teaching them to create an idea and sell it, which is key. They train capable managers for Deloitte and KPMG but not independent and creative entrepreneurs.”

According to i-Genius’ statistics, most social entrepreneurs in the country are either in their early twenties or mid-forties, forming an interesting U-curve of the demographic.

Indeed, a large proportion of the former are students who don’t study business at all, but who often develop a business idea derived from their expertise.

“They tend to be creative people,” Hutchinson says, describing the young social entrepreneurs he’s met. “They want to be relatively independent; they like the excitement of creative something new, and they really want to make a difference.”