Mexico, where death isn’t the end of the world

Death: a word that sends shivers down spines in Britain. In Mexico, however, it’s embraced in a long weekend of celebrations, where family and friends in both the living and spirit world are reunited and remembered.

Dia de los Muertos, which simply translates as Day of the Dead, takes place annually on November 1-2, with houses and graveyards across Mexico elaborately decorated with beautiful altars.

“Is it to show that we are so macho, that we have no fear of death… or is it all an act, and we are just hiding behind it because we are really terrified by the prospect?” my Mexican friend ponders when I ask her the reasoning behind the celebrations.

Whatever that reason might be, it’s an event that is participated in by all. Parades take over the street, candy skulls are seen across town and faces are unrecognisable behind thick skeleton make-up.

However, it’s not all about street parties and vast quantities of tequila. It’s steeped in traditional rituals that have been in place since the early Aztec calendar, when the indigenous people celebrated a festival known as Mictecacihuatl and worshiped the Lady of the Dead.

These celebrations used to last for an entire month, but when the Spanish colonised Mexico and turned it into a predominantly Catholic country, they were shortened and moved to the start of November to coincide with All Saints’ Day.

Amazingly, however, the festival was unknown in northern Mexico until the 20th Century, and the government granted it as an official holiday in the 1960s in an attempt to unify the north and south. 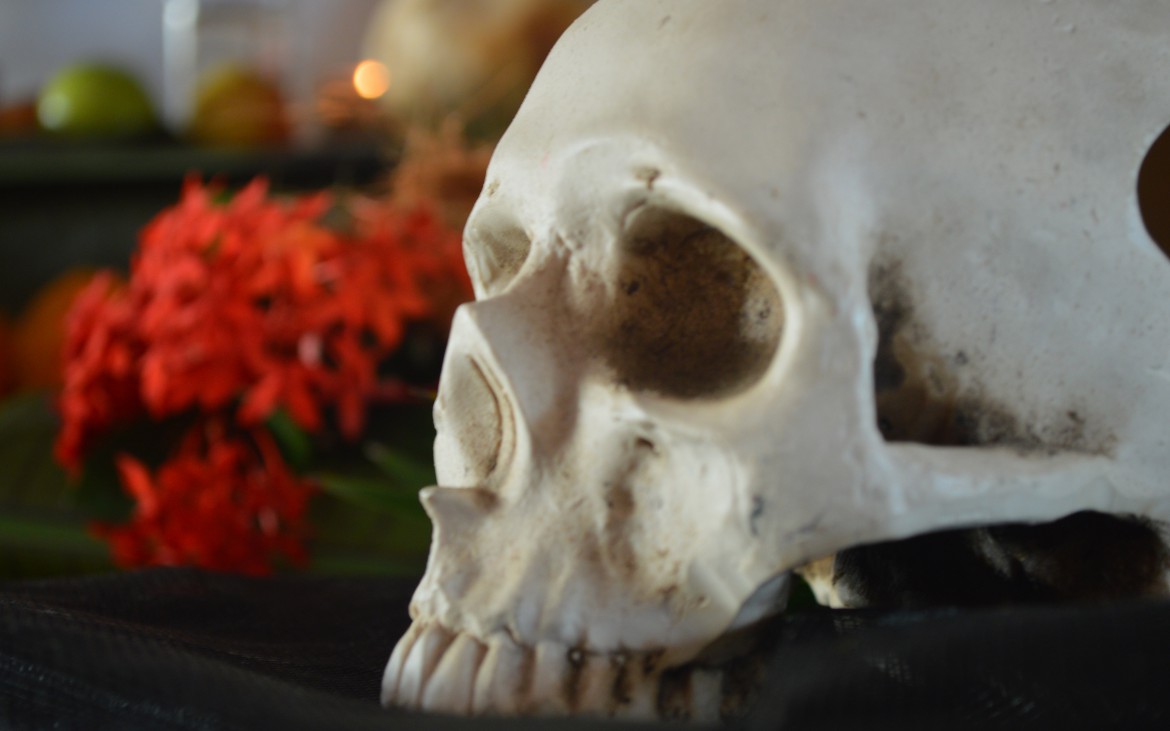 The festival has become a tourist hit, making it into Lonely Planet’s The Best Place To Be Today as the top location to find yourself on November 1. In the western world, the celebration has been turned into an alcohol-centric party, with the original meaning getting lost somewhere along the way.

This hasn’t affected how things are celebrated in mainland Mexico, though – it’s easy to get away from party towns such as Playa Del Carmen and see the more traditional aspects of the celebrations.

Dia de los Angelitos (Day of the Little Angels) is the first day of the celebration on November 1. Families gather to remember the children who have passed too early and the brightly coloured altars, which look almost playground-esque, are filled with sugar-filled treats and wooden toys.

The second day is the more commonly known Dia de los Muertos, which is a day for remembering adults who are deceased. Nothing about this festival is depressing though – there are no tears and no grief – it’s a chance for families to be reunited.

My friend explains that it’s a chance for everybody to join together over a large feast and reminisce. When eating the food that’s been left on the altar, it should taste flavourless, as this is a sign that the spirits came and enjoyed their offering.

The altars that adorn the houses all follow a common pattern, with objects being strategically placed to help guide the deceased home. Offerings, or ofrendas, are laid out in hopes that the dead will return and take pleasure in the gifts left for them, knowing that they’re still in their families’ thoughts.

Candles and flowers (often brightly-coloured marigolds) line the path up to the altar with a cross of lime on the floor representing the four cardinal points. The air is filled with the smell of the incense that burns alongside some of the deceased’s personal items; a packet of cigarettes, a bottle of their favourite alcohol, a stern-looking portrait.

Unlike us in the UK, Mexicans don’t seem to fear death and it isn’t regarded as a taboo subject. Back in the days of the Mayans, the sacrificial ritual used to be regarded as an honour to the family.

They believe that an offering – which often included a human – meant that the gods would grant them good fortune with weather and crops.

Many would participate in games and contests to be granted the honour of being the chosen one, and parents would offer their children as the soul of a child was seen to be purer. Could this ancestral tradition be a reason why the country holds this uniquely cheery outlook on the prospect of death?

When visiting different altars, I got the chance to meet some of the people who had built them for their families. With my lack of Spanish and their lack of English, there was quite a gap in translation, but I was warmly welcomed into their tradition and offered a lime from their altar whilst they were distributing their items before the family feast.

Graveyards across the country were filled with families who brought things for the altar and, if somebody was musically able, guitars played late into the night.

The celebrations fit the carefree, laid-back attitude, which is adopted by most of the Mexicans that I met. It’s enlightening to see that even though it’s been repurposed in other areas of the world, the traditions here still remain vastly untouched.

The incense burns, drinks flow and music is played throughout the day. You can hear people laughing and reminiscing about the ones who have passed, and here, especially today, they will never be forgotten.