“This isn’t graffiti this is art. Graffiti is when I draw on your dad’s fence. That’s what I’m in love with…graffiti is going out suited up, bandana on and spraying the town when you’re upset with the system.”

Listening to this 29-year-old graffiti artist, it became clear that graffiti and street art are two separate things. Seen to many as vandalism and others as artistic expression, graffiti has always been a matter of interest but also disdain.

The days of artistically “tagging” your name across the walls of London is a dying trend. Instead, graffiti has morphed into street art, legitimate pieces sprayed, stencilled or drawn on places to add a bit of culture and edginess to its surroundings. 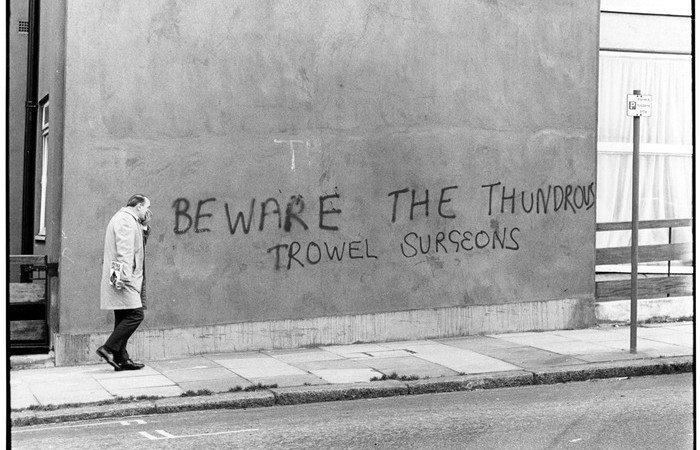 Graffiti used to be symbolic of the voice of the youth, a generation of rebellious delinquents wanting to be seen. Beginning in west London during the 1970s, graffiti was simple but provocative.

In big black letters artists would write ‘Eat The Rich’ or ‘I Fought the Law’, heavily influenced by the punk subculture promoting youthful rebellion and anti-establishment sentiments. Their words often took a comedic and poetic stance against the authorities. 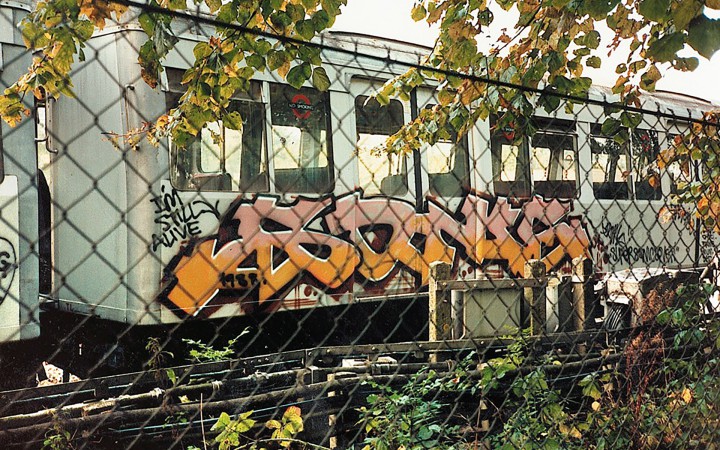 A decade later, New York made a massive impact on the graffiti world with films like Wild Style, Style Wars and books like Subway Art.

Graffiti artists began showing greater complexity and depth in their work through the use of colours, spray caps and drawing surfaces.

Chunky colourful letters in black lining would cover the sides of the subway trains, with the names of London artists like Coma, Robbo, Pic and many more. 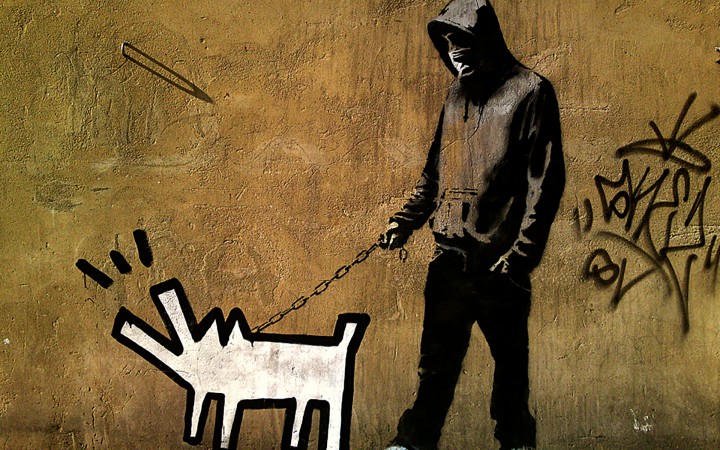 When most people think of graffiti, a key figure comes to mind. Banksy is heralded as the ultimate poster boy, his anti-capitalist and anarchist opinions combined with his simple stencil technique allows the work to be admired by the general public.

Starting out in the ’90s, Banksy’s rise to fame hasn’t been matched and he’s surprisingly never been caught. Somehow he manages to show off his art through exhibitions, films and boutiques across NYC and London.

Some argue Banksy’s work isn’t true graffiti because of his use of stencils along with the seemingly computerised nature of his work. But like most underground art forms, mainstream appeal and corporate interest becomes inevitable.

The popular graffiti video game Marc Eckō’s Getting Up is just one example. As street art becomes more prevalent than its predecessor of graffiti, it’s important to remember the origins of the practise.

Stood in the Graffiti Tunnel talking to an anonymous artist, he tells of his early pursuits in the practice of graffiti.

“I started writing on buses when I was around 14… in year six and there was this girl called Corina, and her brother Sebastian did a sketch of graffiti which she had brought in and it blew my mind. It was a picture of a spray can and I thought ‘Wow I need to do this’. I remember photocopying it at school and colouring it in at home with highlighters and that’s when it started.”

Come and decide whether it is graffiti or art in Leake Street Tunnel, the most iconic underground graffiti space in London:

The writing on the wall: is commercialism killing street art?