For our latest installment in the Rewind series we talk to internationally-renowned artist and photographer Tom Hunter.

Currently a professor of Photography Research at LCC, he’s also an alumnus of the college, graduating from London College of Printing in 1994 with a first class honours in Photography.

Soon after graduating, Hunter left London with a convoy of like-minded hedonists, immersing themselves in the burgeoning European rave and free festival circuit and documenting their experiences along the way.

Tom’s photos from this period are the subject of his most recent exhibition and book, Le Crowbar.

Hunter’s output over the past two decades has largely focused on his native East London, documenting its communities and the lives of the people who inhabit them.

His degree show work The Ghetto was acquired by the Museum of London and is now on permanent display in its 20th Century gallery, and he is still the only artist ever to have a photography show at the National Gallery.

For his Rewind selections Tom has chosen a selection of cultural highlights that were influential or important to him during his graduation year, 1994, a year he describes as “an incredible time to be studying in London, full of excitement, possibilities and a real sense and rebellion and freedom”.

“The soundtrack of the free festival and rave scene, which was exploding around me and my friends in East London. This was also the year of Reclaim the Streets, where roads were occupied illegally and parties were set up, stopping the traffic. It was to highlight the traffic problems in UK cities and take the streets back to the people from the cars.” 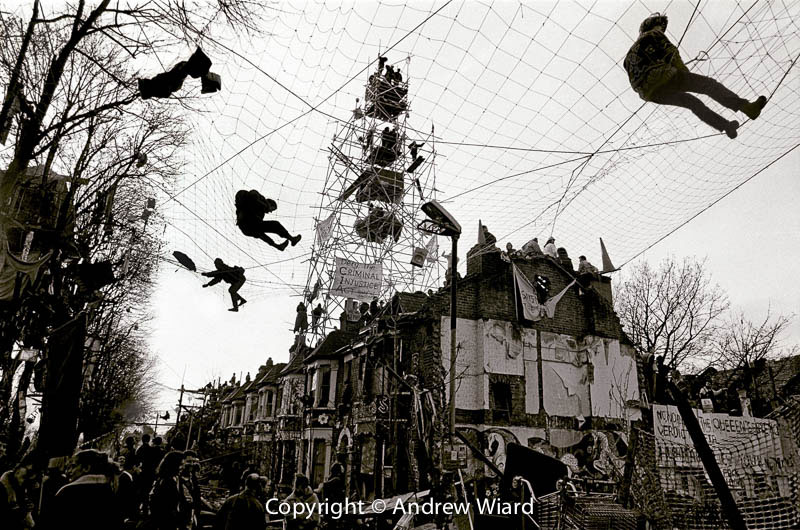 “The site of the M11 extension protest. I spent a lot of time here in 1994, the year of my graduation. There were parties, talks, workshops, bands and cafes. It was a place where the ideas around freedom and justice were debated and put into direct action.” 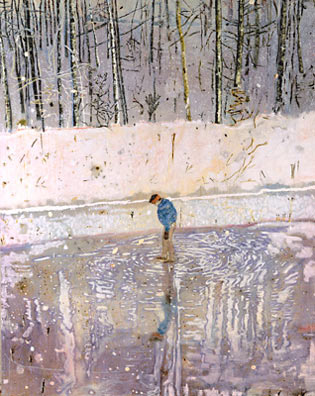 The work of Peter Doig

“The Turner Prize was a huge deal in the early ’90s and in 1994 it was an amazing year, with two of my favourite artists in the shortlist. Willie Doherty, whose work The Only Good One Is A Dead One was the first video piece to be nominated for the prize. Doherty’s photography and video work was inspiring in the way it dealt with the realities of contemporary life centred around the troubles in Northern Ireland. The painter Peter Doig always inspired a sense of awe for his magical realism and implied narratives in strange but familiar settings.” 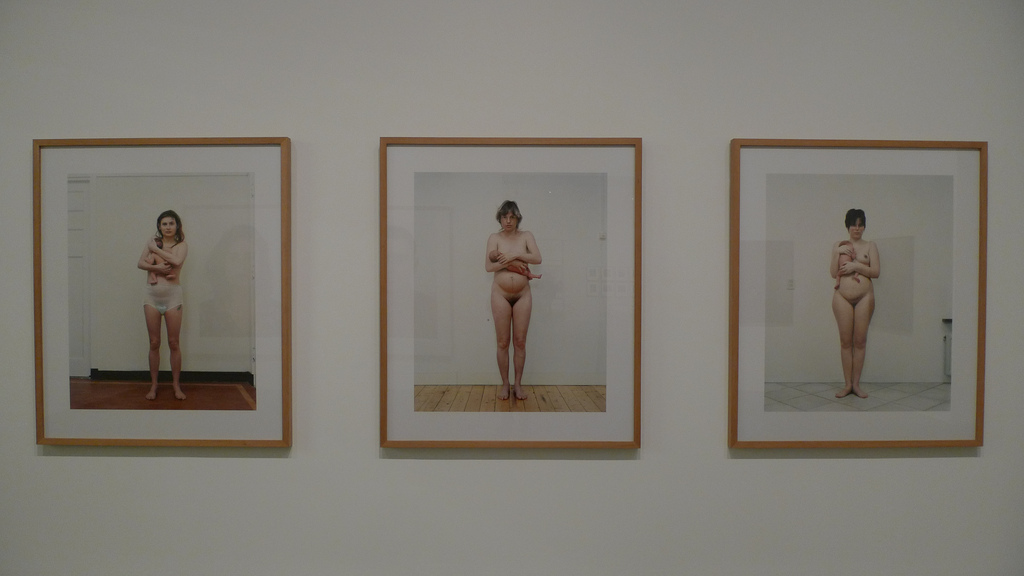 “Dijikistra’s photographs of mothers with newborn babies were exhibited this year. They blew me away for their raw, brutal, simple but incredibly powerful impact of what an image can say about life and the human condition. So fragile but at the same time so strong, the mother and child are a true force of nature.” 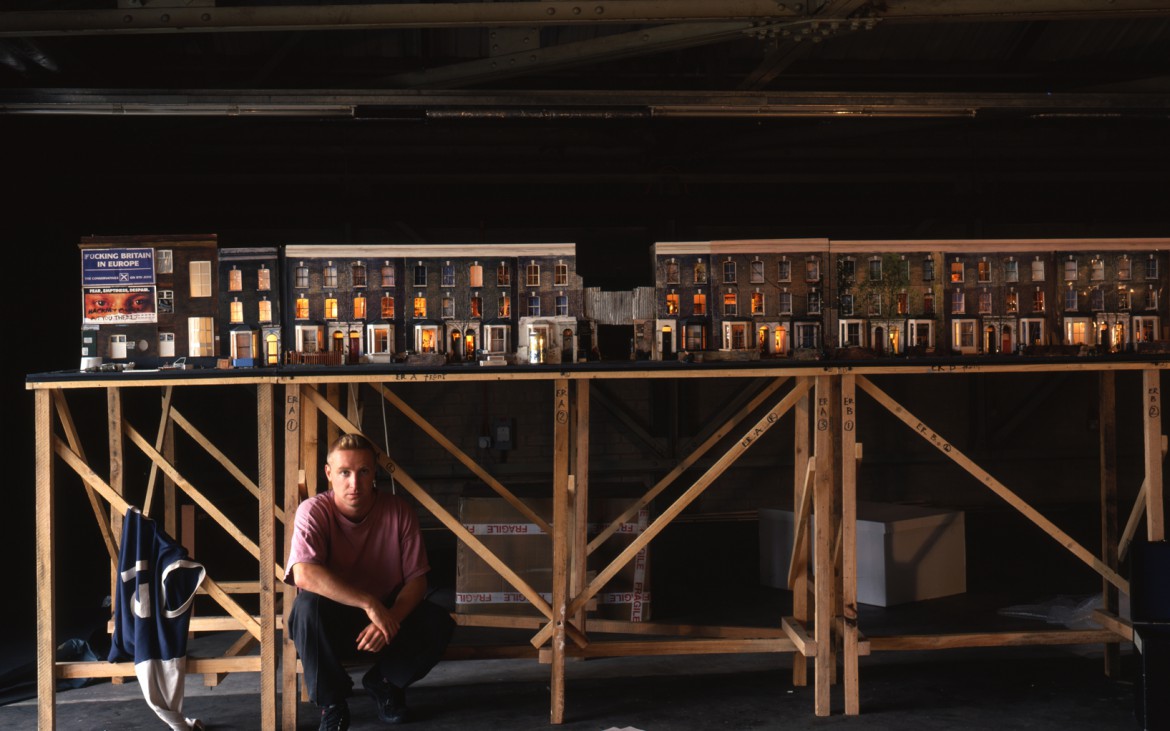 “This was the year I graduated from the LCP with my degree show The Ghetto which was a scaled model of two squatted streets in Hackney, London. I had been living there for around five years as a squatter and made the work as a way of documenting my community as it faced eviction and demolition. It also led the way for our campaign to save our community. The street and community was saved and the The Ghetto art piece went on to be acquired by the Museum of London, where it is on permanent display in the Modern Galleries.” 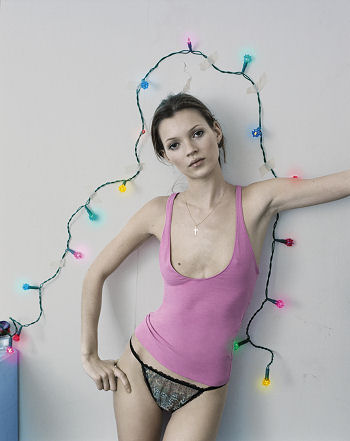 “The photographs by Corinne Day of Kate Moss for British magazine really brought about a sea change in the way women were being photographed in fashion. Corine Day destroyed the old stereotypes of the beautiful, stylish, glorious model and instead replaced her with the face of a new aesthetic. Her images were later labeled as heroin chic. Whatever you call them, they really stood out and made a huge impact on image-makers for years to come. RIP Corinne Day, a true trendsetter.” 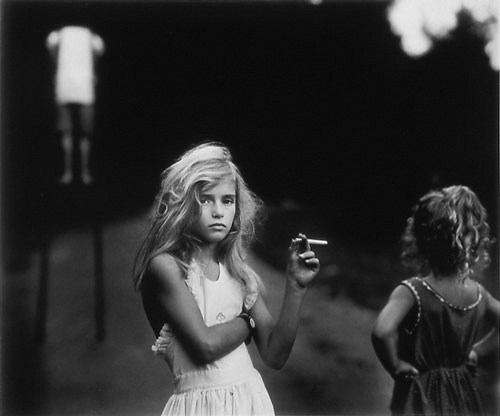 “I got my copy of the 1992 Sally Mann book Immediate Family, it was a huge influence on my visual work and my degree dissertation, which focused on representations of the family. I loved this book for its intimate, beautiful, knowing and captivating images of Sally’s children growing in the south of the USA. She never flinched from dealing with the complex issues of child sexuality, representation and documentary. It’s a poetic family album that takes the viewer on an incredible journey from childhood innocents to teenage angst. I thank Sally for this incredible insight to her family life.”

“Another piece of American culture that influenced me at the time were the films of Quentin Tarantino. He had shaken me to the core in his 1992 film Reservoir Dogs with his use of tension, music and graphic violence, that shocked and excited. It reminded me of the great Stanley Kubrick film A Clockwork Orange, in its dealing with the male group and their relationship to violence. The film made people incredibly excited and they waited with bated breath for Tarantino’s next film release. And in 1994 we weren’t disappointed with Pulp Fiction. Wow; costume, music, beauty and brutal violence swept us away from the realities of London life.” 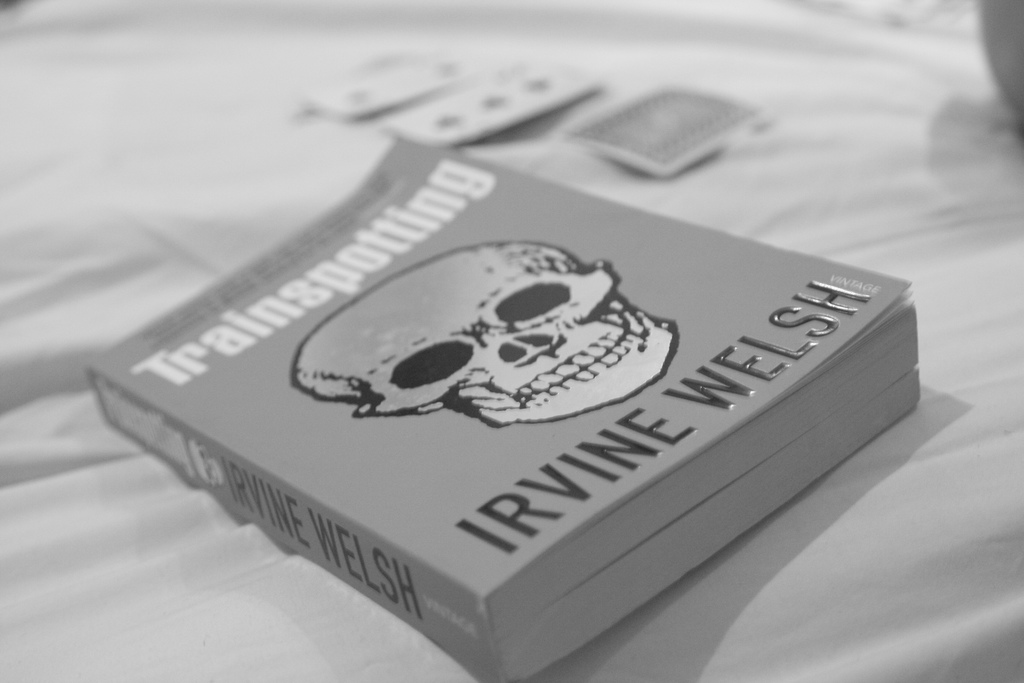 “Irvine Welsh quickly brought me back to reality with his bleak and dysfunctional look at the state of our new society in his account of friends growing up to a life of heroin and no future. An amazing novel that painted a graphic depiction of contemporary society. Choose life.” 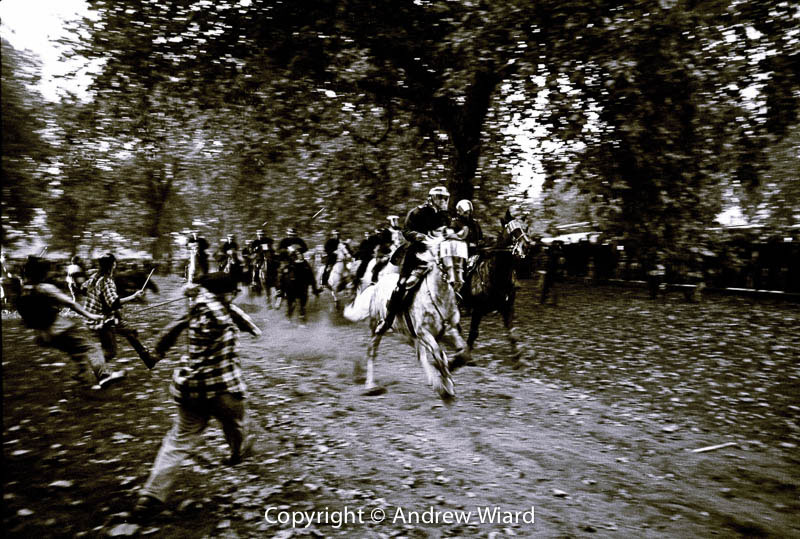 “This image, taken by Andrew Wiard, has always stuck in my head from 1994. It was taken just after I finished college in Hyde Park after the Anti-Criminal Justice Bill march. The march was a protest against the state’s plans to make squatting, road protests, raves and the new age traveller lifestyles criminal offences. The image was taken after mounted police charged protesters in order to clear them from the park. What followed was like something from a medieval battlefield.”

“It really shocked me when this was played on Radio One. Suddenly rave culture and underground culture went mainstream. Something was really happening in British culture; music, fashion, cinema, politics, literature, photography and art were being reinvented.”

By Rebecca Keen
2 Mins read
An article about the Stop the Oil protestors who caused distribution on the M25.
News