Winning the lottery: curse or blessing? 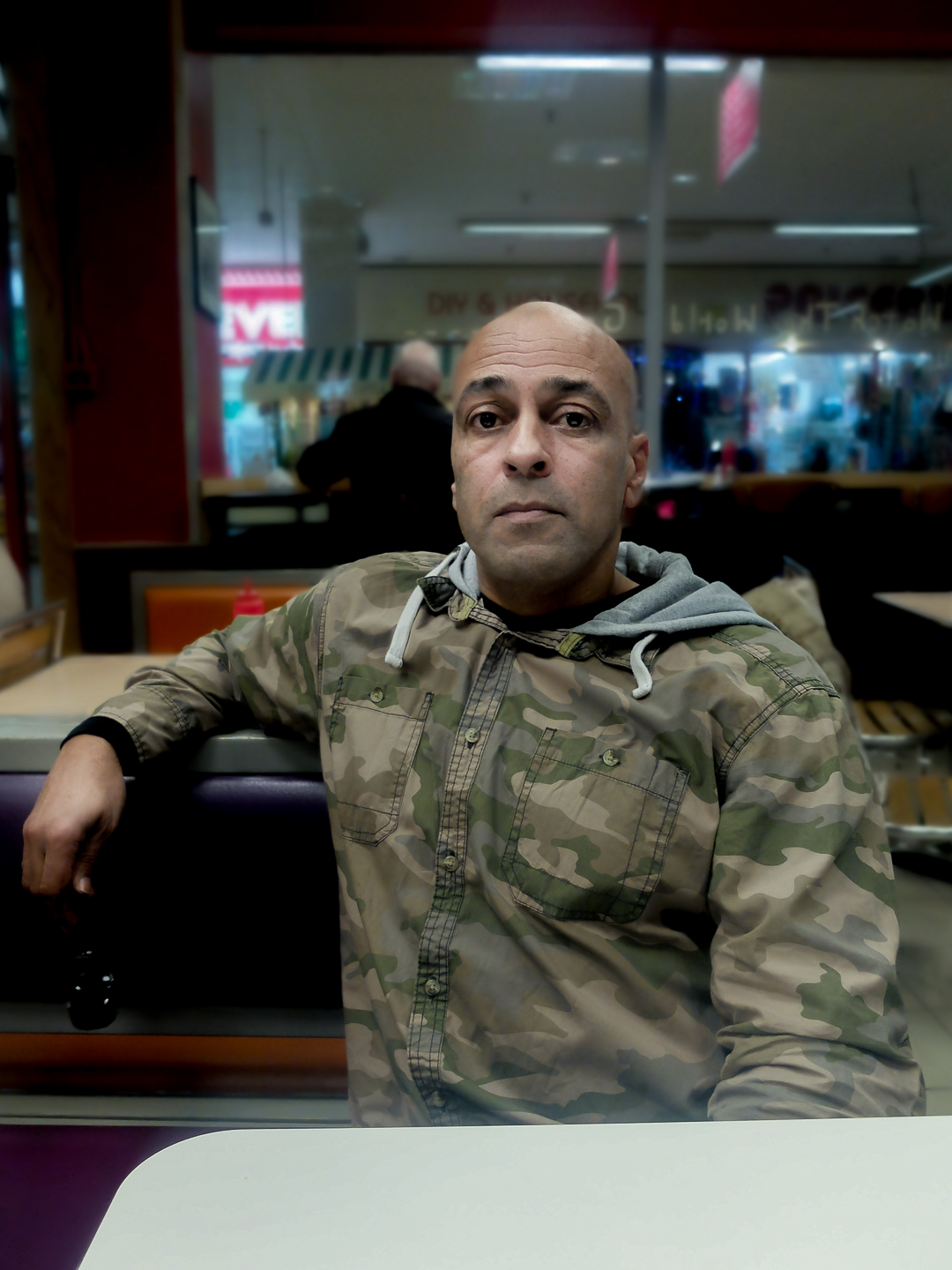 Have you ever thought about what you’d do if you won big on the lottery? The chances of winning the jackpot are approximately 1 in 14 million, which is probably why I’ve never played the game. But that doesn’t mean I haven’t asked myself what I’d do if I won millions of pounds.

It’s fun to imagine that winning lots of money can change your life for the better but in Lee Ryan’s story, the phrase ‘careful what you wish for’ springs to mind.

In March 1995, a couple of months after the National Lottery’s launch, he scooped £6.5 million that changed his life forever.

Since the win he’s spent time in jail, experienced the millionaire lifestyle, made poor financial investments and spent two years living on the streets. He believes the lottery win was a curse and says that he’s far happier now the money has drained away.

I met Lee in a café in the Elephant and Castle shopping centre, a backdrop of misplaced wealth and aged misfortunes that has similarities with Lee’s experiences.

Growing up in Leicester in a council house, he came from a single-parent family and lived off the state. For him, the idea that one day he’d have the amount of money he won was far from expected.

He got involved in crime at a young age: “I believe it all escalated from stealing a sweet in a shop. It’s very difficult to get out, if that’s all you know and that’s all your friends know… I became a monster and the lottery win saved me from a life sentence.”

Whilst serving time in jail at the age of 25 for smashing up a load of Rolls Royces, he joked with his cellmate and prayed to God to become a multimillionaire.

He wasn’t religious during his time in prison – but believes that the money he won was cursed from the beginning because his prayer to God was a joke. It was him pissing around for a spontaneous moment of comedy, an attempt at jest to lighten the atmosphere.

He explains: “I was taking the piss out of my Muslim friend. He was doing five years for bringing in heroin. He prayed as best as he could five times a day, and when he’d finished I said to him ‘Malik, what did you pray for?’ and he said, ‘the safety of my mum and my family, my wife and kids.'” So, I went in the corner and did a quiet prayer.”

“I was looking at a car at a Jaguar showroom, I was sure I was going to own it. And the next week it happened. “

Lee reveals that he wasn’t, in fact, religious as a teenager either: “Having to confess to a mere mortal behind a screen, you know, ‘Dear Father, I wanked last night please forgive me of my sins’, to whom? Someone else who’s doing the same? It’s bullshit!” But now, aged 52, Lee believes in a creator. “I do believe some bigger thing is out there but I don’t want to put a name to it.”

He continues: “Malik always used to call me bastard. ‘Hey, bastard! What you pray for?’ Well, I said, ‘Dear God, please make me a millionaire…’ And he started laughing. I said ‘Nah nah nah, multimillionaire and I swear I’ll never get in trouble again and I’ll give a shit load of it away’. He said, ‘you bastard, you be careful what you ask for.’ Once it hit the papers that we’d won, he called us from Lahore and said ‘you bastard, you remember?’ and I’d actually forgot what it was that I’d prayed for.”

Whilst awaiting trial for handling stolen cars in 1995, Lee won big on the lottery, becoming the first British lottery millionaire to go to prison. He returned to prison for 18 months aged 34, six months after winning the jackpot.

This isn’t the only story of strange fate that led to Lee’s win. When telling me about the weeks leading up to the win, he says that in a phone call to a friend he’d said: “Something massive is going to happen. I’m telling you. It’s going to be good and bad but this is big, I can feel it’s pressing on me.”

He adds: “The week before I was looking at a car at a Jaguar showroom, I was sure I was going to own it and the next week it happened. With all the kids jumping up and down on the sofa because we’d matched the numbers, I was thinking ‘something’s not right, seriously.’” 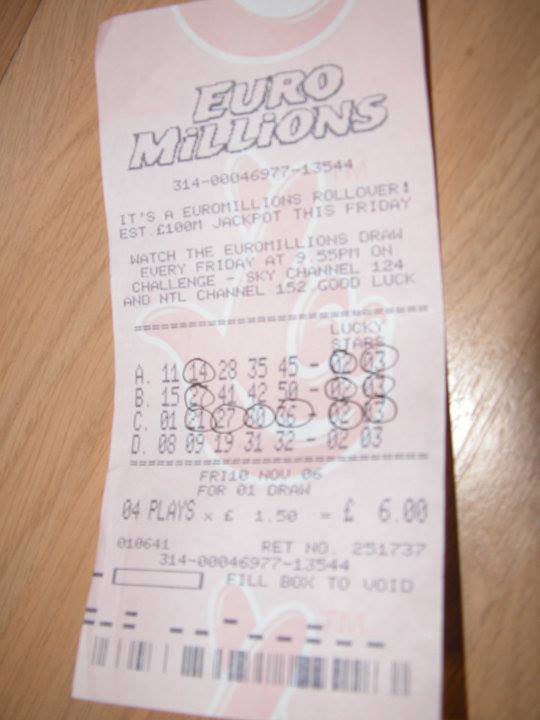 I wonder what Lee’s reaction was when he found out about the lottery win – was he ecstatic about the news? “No. Not me, everybody else was. Only a couple of weeks after my girlfriend’s mum died, it came out of the blue and we’d have given all that money back just to have her back. I did try to do everything to take my mind off it – buying as much stuff as anyone could. But it was like being a junkie – it made me just want more. For me, it exacerbated my problems. It didn’t help.”

Having enough money to throw at your problems and hoping that they go away must be a strange predicament to find yourself in. I ask him if he ever thought the money had made him greedy. “No, my boyhood dream was to own a Ferrari and I’ve always wanted to fly, which I can do now. No, I wouldn’t say greedy because we doled out a lot of money that the press didn’t tell you about. Trust me, a lot of people benefited from that. It was one aspect of the win that was great.”

Lee moved with his family from a council house to a £1 million mansion in Leicester, attempting to lock himself away from the world and the invasive press. He blew his cash on the likes of a helicopter, a plane, and two Ducati superbikes. He also bought a range of fast cars, including a Bentley, a Ferrari, a Porsche and BMW with personalised number plates: LEE 1, LEE 2, LEE 3 and LEE 4.

Lee’s poor financial decisions resulted in a number of failed business ventures. He moved to Kyrgyzstan with a new partner he’d met in London and was reported to have lost £2 million in business ventures. These included schemes to build a fish farm and text message-based lottery in China.

“I know you’ve had a lot of misfortunes,” I tell him.

“Are they misfortunes though?” he says.

“Certainly, every venture I entered into with that money failed. No matter what I tried, it all went pear–shaped. For me it’s a curse, no doubt. I see it like this, for the £2 stake I’ve experienced a lot of stuff, travelled to a lot of countries, and every purchase was two pounds for me.” 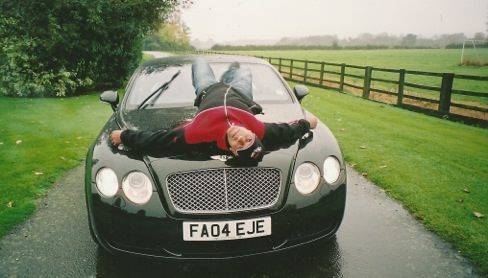 Speaking about his time living on the streets for two years, Lee says: “I loved it. I spent eight months at Occupy sleeping in a tent outside of Saint Paul’s. We did a documentary about that but the media wouldn’t touch it. We took a few commercial buildings and just tried to make a point of what it was all about. Basically, it’s just a complete control system of money, and when you realise we’re all on the hamster wheel to nowhere, it’s a terrible thing.”

It becomes clear quite early on within the interview that Lee’s life experiences with money have led him to focus on bigger things. He’s set up a charity helping homeless women and it’s clear he’s trying to help people who are worse off than him still. Throughout our chat he brings up topics that some would call conspiracy theories: a satanic banking system, a corrupt government and the fact that we’re all owned by the state.

When I ask him what drives him, he replies: “The quest for the truth, that’s what important to me now. We’re being lied to. People are being killed all over the world and in the meantime people are saying ‘look at Kim Kardashian’s arse’.”

“I’ve got this little formula that I believe can get you closer than you’ll ever get to winning. The buzz would be for me to win again I have to say”

Lee has just finished writing a book and talks about putting a lottery ticket in each copy. Discussing with him what his future plans are, he says: “I don’t have anywhere, I don’t own anywhere, I don’t pay any taxes – I’m glad about that. I’m not driven by the thought of making lots of money.”

I ask if there’s anything he’d change. “See, that’s pure fantasy and hypothetical. I can’t change what I did now, as much as I would like to go back… No, it is what it is. I’m happier now I’m on this path that I believe is the truth. It’s made me almost bombproof. I’ve done it all – I’ve been homeless, been in prison and been a millionaire.”

Although Lee says he’s never thought of himself as greedy with money, it’s easy to dismiss the fantasy of winning the lottery as a dream fuelled by greed. And despite the fact he seems to have found a path on which he’s now happy, his story proves that having more than necessary can lead to misery easily.

Just before he leaves he tells me: “I’m fascinated by odds and variables. I’m going to win it again! I missed £100 million by one number. I’ve got this little formula that I believe can get you closer than you’ll ever get to winning. The buzz would be for me to win again, I have to say.”

“My daughter’s father-in-law is a professor of mathematics and I said ‘Martin, I think I’ve discovered something.’ ‘No, don’t talk rubbish. It’s all random!’ he said. But when you start to look into things, there are certain patterns that keep coming back. Watch this space, I’m telling you.”