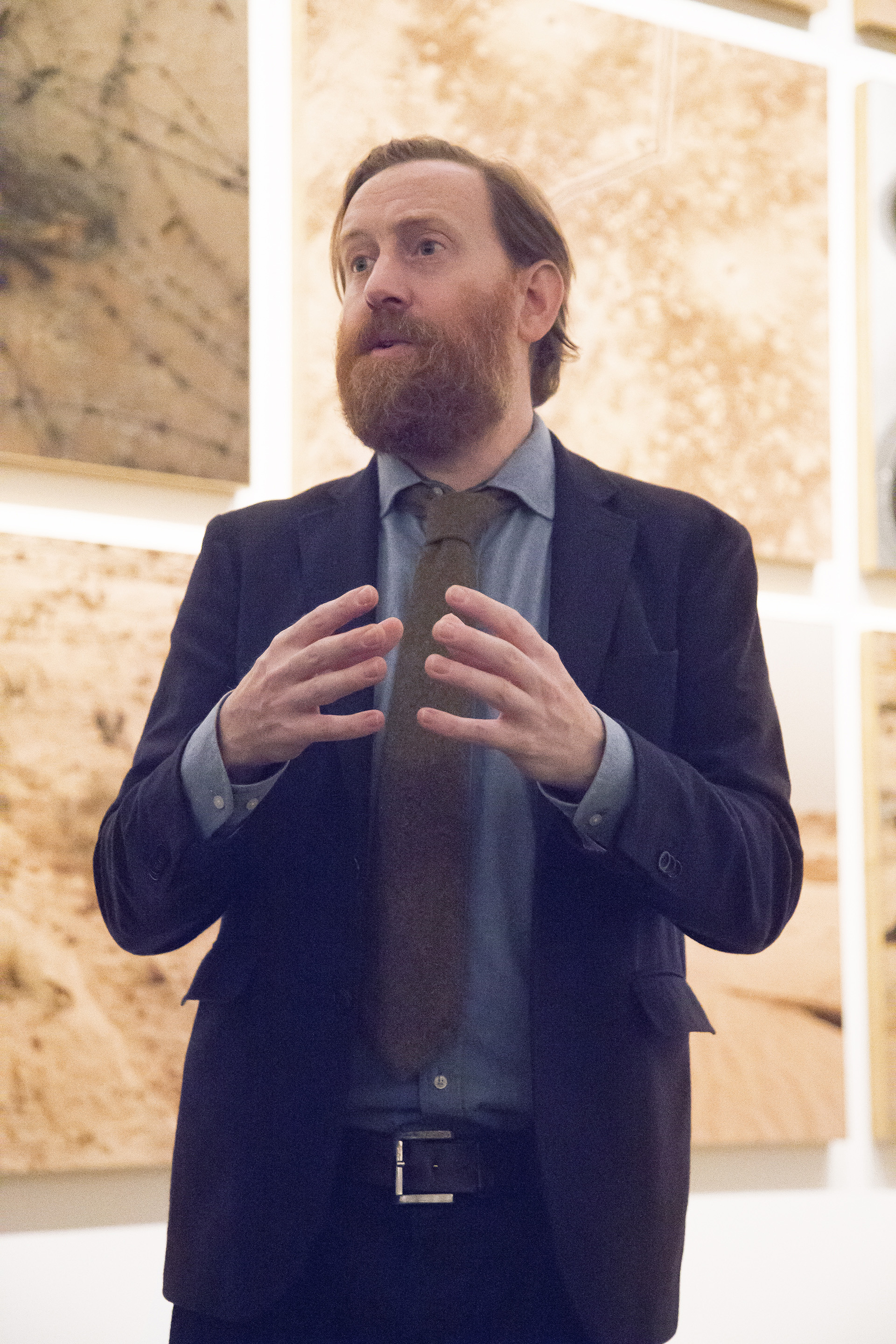 “We have one of the most important photographic collections in a museum in the world,” says Chris Dercon, director at the Tate Modern, at the opening of the Conflict, Time, Photography exhibition – and it’s hard to argue with him.

The new exhibition focuses on photography during and after conflict, with the first area dealing with photographs from moments after a battle or bombing, then later chambers looking at months later, then years later, until eventually reaching nearly 100 years after the initial event.

“This exhibition is of course happening in 2014, this being a very important moment in time in remembering conflict – 1914, 2014,” Dercon explains.

As you first enter the exhibit, you’re greeted by Don McCullin’s famous photo of a shell-shocked US marine in Vietnam, taken minutes after he was involved in a battle, where his blank, unseeing gaze speaks volumes about the impact of war.

Simon Baker, the Tate’s curator of photography and international art, explains: “McCullin’s picture is a very important picture for us because it’s the kind of picture we very rarely see in the era of embedded photographers. It’s very hard to take and show this kind of image. It’s just moments after this marine has been engaged in an extremely serious engagement and you see him completely traumatised, frozen by what’s happened to him.”

Elsewhere is Sophie Ristelhueber’s Fait, taken seven months after the first Gulf War ended. As the largest piece in the show, it is made up of 70 large photos covering an entire room.

“Photographs aren’t tiny, small black and white prints in frames on the wall,” says Baker. “The artists in this exhibition have completely transformed the photographic image into many different forms of presentation.”

Fait, like many of the other works in the exhibition, is tragically beautiful. Scarred landscapes, battered buildings and destroyed vehicles are oddly alluring thanks to the incredible photography.

The exhibition contains work from several post-war photography greats, such as Japanese photographer Kikuji Kawada, whose contribution titled Maps is about Hiroshima 20 years after the nuclear attack, along with pictures of the shrines of Kamikaze pilots.

“[These are] two different ways in which the Japanese people suffered during the Second World War, from the point of view of looking backwards 20 years later,” says Baker.

Conflict, Time, Photography is at Tate Modern from November 26 until March 15, with concessions starting from £11.30.

It also includes work from photographers who’ve never been exhibited in a gallery before, such as Libyan photographer Diana Matar, whose photos show seemingly ordinary buildings, roads, and trees. But, when you read the description, you soon learn that each photograph is of a place where, years before, people had been tortured, shot or executed.

Conflict, Time, Photography is a sizeable exhibition that covers a huge number of conflicts from various decades, with each photographer bringing their own unique style and message. Every room shows something vastly different, yet all capture the horror of war and destruction.

Baker summarises: “Conflicts don’t end when people think they end, they have a lasting effect on both landscapes and people.”