Riots erupted across America after a grand jury ruled that officer Darren Wilson would not be prosecuted for the killing of teenager Michael Brown.

At the same time, hundreds of protestors, angered by the verdict, gathered outside the US Embassy in London to show solidarity with the people of Ferguson, Missouri.

“No justice, no peace. Jail the racist police,” chanted the crowd, and speakers from various activist organisations spoke of the ‘corrupt’ system in both America and Britain, claiming there is white supremacy deep-rooted, and still alive, in both. 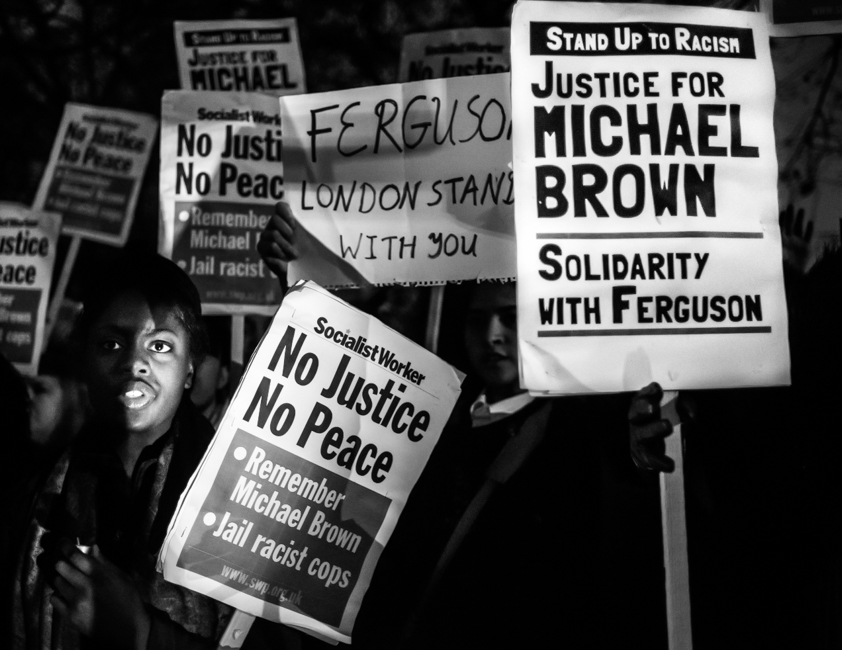 At the protest Carol Duggan spoke of her nephew, Mark Duggan, a 29-year-old man who was shot dead by the police – the event that sparked the 2011 London riots.

“Mark’s death mirrors the death of Mike Brown in America. It’s a fact that they were both innocent, both posing no threat, both unarmed, both raising their hands in surrender, both shot dead.

“We have to show our solidarity with the community of Ferguson. We have to stand by the family of Mike Brown,” said Duggan.

Echoing the protests in America, the crowd started chanting ‘hands up, don’t shoot’. 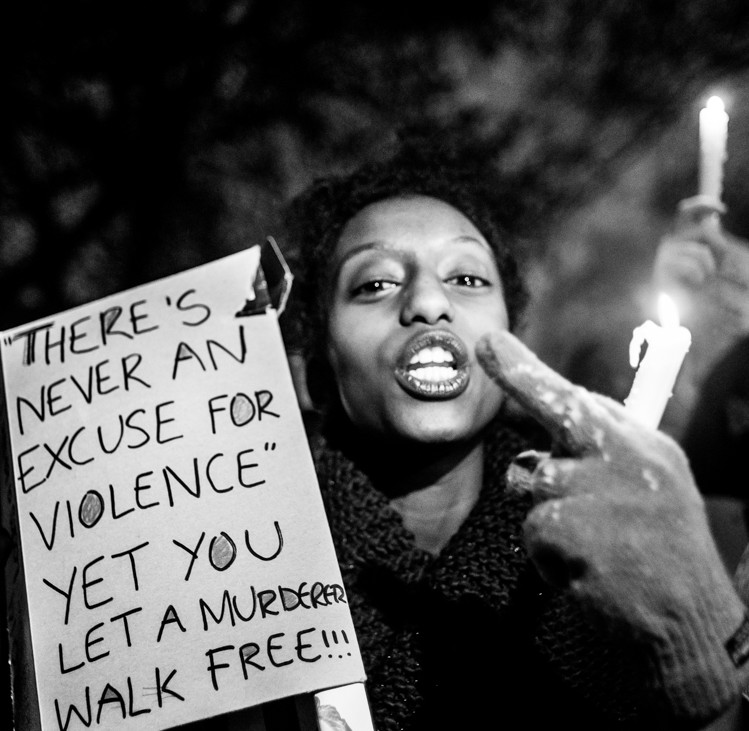 The protest, peaceful for the time being, saw a crowd of waving candles, lit in the memory of Michael Brown. Posters reading ‘black lives matter’ were passed through the crowd.

“We don’t pay taxes for you to kill black people,” shouted one angry protester. After a few anti-police, anti-government speeches, the crowd were revved up and began chanting ‘fuck the police’. Using the momentum, one male figure led the crowd on a march through central London.

Protesters filled the busy streets and stopped traffic. Walking first through Bond Street, protesters wore masks and carried banners. Red smoke bombs were let off and by 8.30pm there was a strong police presence.

Marching through Marble Arch and back towards Oxford Circus, the then dwindling crowd stopped outside Charing Cross police station. “I’m glad I came tonight. I hope people use the momentum of tonight to keep protesting. This is an ongoing problem,” said Annette Tshiskedi, a 20 year old student from Cheltenham.

“This is not a moment, it’s a movement,” shouted one protester during the march.