Artist to live the life of someone else using technology 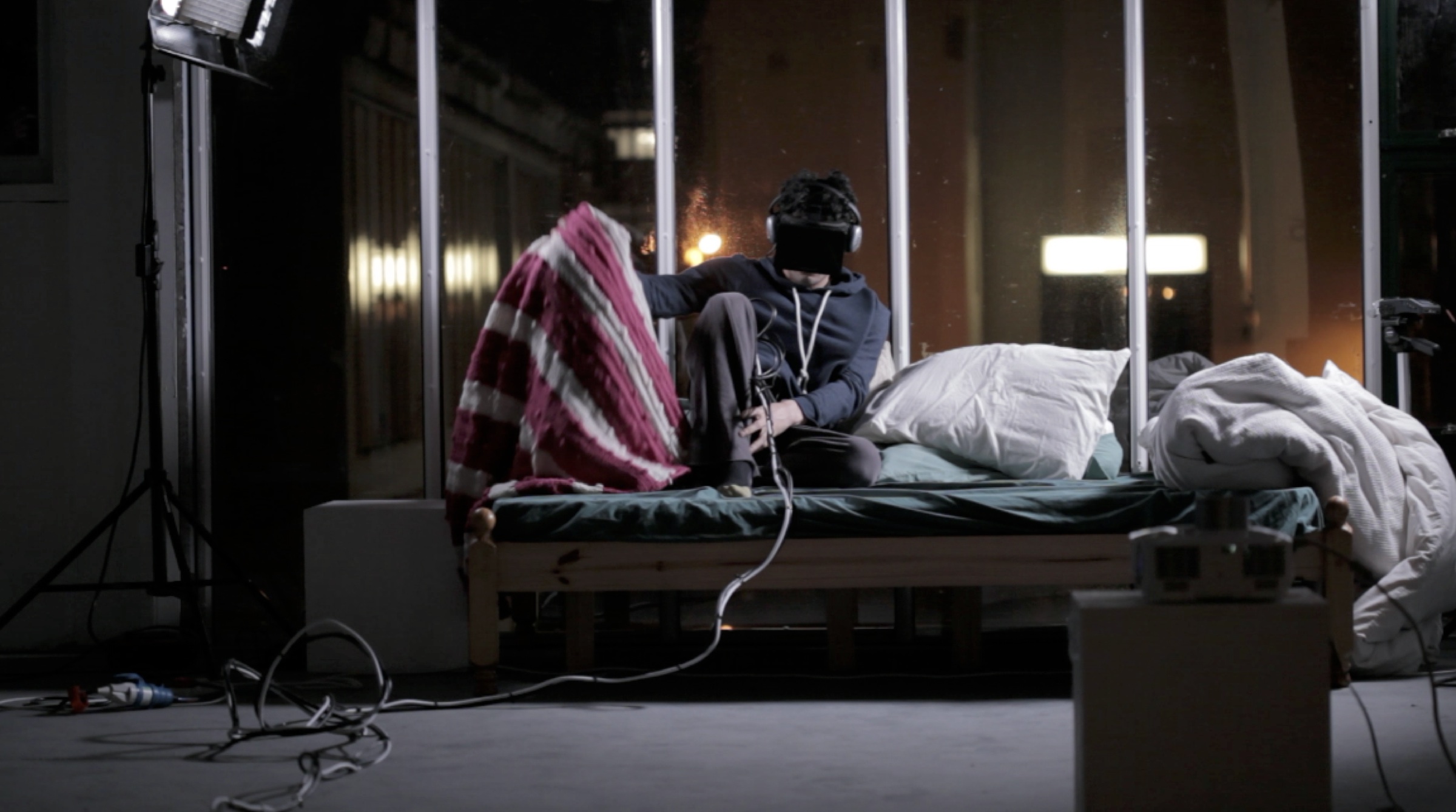 Mark Farid, a London-based artist, is trying to raise £150,000 for his project called Seeing-I. If successful, he will live the life of a stranger – only known as ‘Input’ – for 28 days by wearing virtual reality technology to engage himself into the ‘Input’s’ life.

The stranger will wear a Google Glass-style camera connected to Mark’s headset so that Mark can eat, sleep and shower at the same time as his virtual twin. The experience will be truly immersive with Mark experiencing the Input’s journey to work, toilet exploits and having sex. The stranger’s day-to-day life will be recorded six days in advance to Mark living it, to ensure Mark has the correct food to eat for example. We spoke to Mark to find out more about the project.

Can you give me an overview on the Seeing-I project?

It’s to do with the effect that technology is having over us, how it is really starting to affect us. It makes you think what it is going to be like in 20 years’ time. In a world which is so man–made and altered by man, it is like we all hang out in this park but that park doesn’t exist in nature, it is fabricated. We are constantly reacting to our environment and that dictates who we are. So really it’s just finding out whether the special thing inherent about the individual, more specifically me, is a cultural identity which we take on.

During the Seeing-I project, you will be immersed into someone else’s life for 28 days. How have you been preparing for that?

So I’ve been meditating, and when I can I wear virtual reality glasses to get used to them. What I will have to do, which I haven’t done yet, is work on my neck muscle, as I have been told by quite a few people who have used the virtual reality glasses that with the weights, it’s going to become hugely problematic. So there’s some physical and mental preparation. For me, it’s more important to be mentally prepared.

Are you worried about the psychological impact it could have on you?

Short answer is no, I’m aware that’s quite naïve but I also think you have to be a bit naïve to be doing this project. When I spoke to the gallery owner, he asked: “who do you want the guy to be who experiences this?” and I thought, well it has to be me, mainly because of ethical implications. If it is possible for them to lose oneself and go crazy, I don’t want to watch someone do that, that would be fucking horrible to watch. But I want to experience that, I want to know what it’s like to lose yourself, find a new self and do rehabilitation to get your old self back. Ultimately, I’m not scared as we are taking precautions.

Do you have an interest in psychology and the idea of the self?

What’s my interest is the lack of autonomy and the loss of free will. My personal opinion is that what profession we have, what interests we have, what music we listen to, what sports we are interested in, all of that is just a taste of who we are, but even that taste is dictated by what’s around us and what’s available to us.

Will you have any idea who the other person whose life you will be living is at all?

Are you worried about the person you will be following for 28 days? For instance, does it worry you that they may be doing things that you don’t agree with?

In terms of morality and ethics, I would like to follow someone who I strongly disagree with. In terms of taste, opinions and interests, I would much prefer for it to be someone I’m similar to. But I very much doubt that will be the case.

The Seeing-I project will go ahead in the summer of 2015, subject to the successful appeal for funding through Kickstarter.