It seems as though Rankin doesn’t sleep.

This was the conclusion I drew from reading through the renowned photographer’s exhaustive CV prior to our interview.

From co-founding Dazed & Confused magazine at London College of Communication in 1992 alongside Jefferson Hack, to owning his own magazine project Hunger and creative agency The Full Service, Rankin has explored almost every creative outlet in between.

Whether you realise it or not, many of the iconic portraits, edgy music videos and memorable, vivid advertisements you’ve seen over the past decade or two were made by him.

Once in a while, creative forces collide to produce something worthy of the title ‘artist’. Andrew Gallimore and Rankin are no exceptions to this.

Gallimore (make-up artist and beauty editor at Hunger) teamed up with Rankin for a fourth instalment of their beauty book series, titled Andrew Gallimore by Rankin.

Unfolding in a series of pictures from their creative partnership over the years, including new material shot exclusively for the book, the images don’t shy away from the bold, the beautiful, the dark and inquisitive.

After talking to Rankin about his forthcoming book project, I realised that his strengths derive from an understanding of himself and the creative process.

He probably does sleep. But that’s because once he has a vision or a project, he makes everything around him run like a well-oiled machine until it’s executed to perfection.

This energy is what has allowed him to become such an established name in the creative industry – and to add another publication to the 33 books already under his belt.

What was the inspiration behind Andrew Gallimore by Rankin?

Andrew’s book is the fourth in a series where we choose a make-up artist that we think is a real artist and we give them the platform to produce a series of images that show off their talent.

I think with Andrew, he’s probably the first make-up artist, maybe the second [whose work is a] truly a collaborative process. I love him as a make-up artist because he really does enjoy the process of discussing how the picture should be lit, what the model should be doing, what the model should be wearing, acting…it’s been my favourite book to date to do on make-up apart from a book called Caroline Saulnier, who I love because both of them are – you could throw the word genius around – they’re creative excellence. They’re at the top of their game creatively.

How did you meet and how long have you been working with Andrew?

I always think I met him on a shoot with Beth Ditto but he says we met before that. He’s very good friends with Beth and I love her so much. We worked together once on that – and I think I met him originally through Dazed & Confused. It was probably about five years ago.

Over the time of your creative partnership, how did you decide together what concepts would be most fitting for the book?

Interestingly there’s no one approach. The death masks were very much my idea as I was doing a project on death last year and he was my make-up artist of choice to work with on that.

We both developed ideas from that and that became the death masks you see in the book. It’s never ‘how did that happen?’ It’s more that [with one or two pictures] I can explain the rationale, [but more often] it’s been a theme for an issue of the magazine, or its been an idea that we’ve come up with around music. It’s always different. 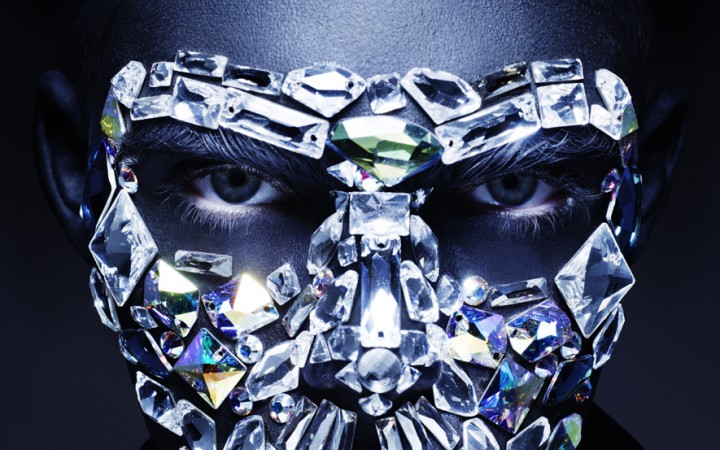 How do you go about selecting photographs to be published in your books? What makes one image stand out more than another?

Oh, that’s just instinct. He had a lot to do with editing this book, a lot more than I would normally allow. You know, as a collaborator I gave him more free rein, I really wanted him to be satisfied by it. But I’ve been doing this for twenty years, I edit very quickly, I know what I like. My piece of advice I would give to other people when they edit is, if you like something instinctively, immediately, don’t over analyse it – go for that.

With your portrait work, how do you get your subjects to come across the way you’d like in photographs?

I think that everybody who thinks they should have a formula of how to work doesn’t really understand the subject. Subjects are inherently different human beings that have different attitudes, have different approaches, personalities, relationships.

The camera is such a microscope on people’s personalities, insecurities, differences. It really makes things that you can feel uncomfortable about look bigger; it’s a very revealing process. Especially with digital. I think if you can get past that and make it more comfortable for people by treating them like human beings and realising that everybody gets insecure.

Even your more famous celebrities have insecurities – then really it’s that easy. It’s about kind of being aware of what that person is like and trusting your instincts about them. 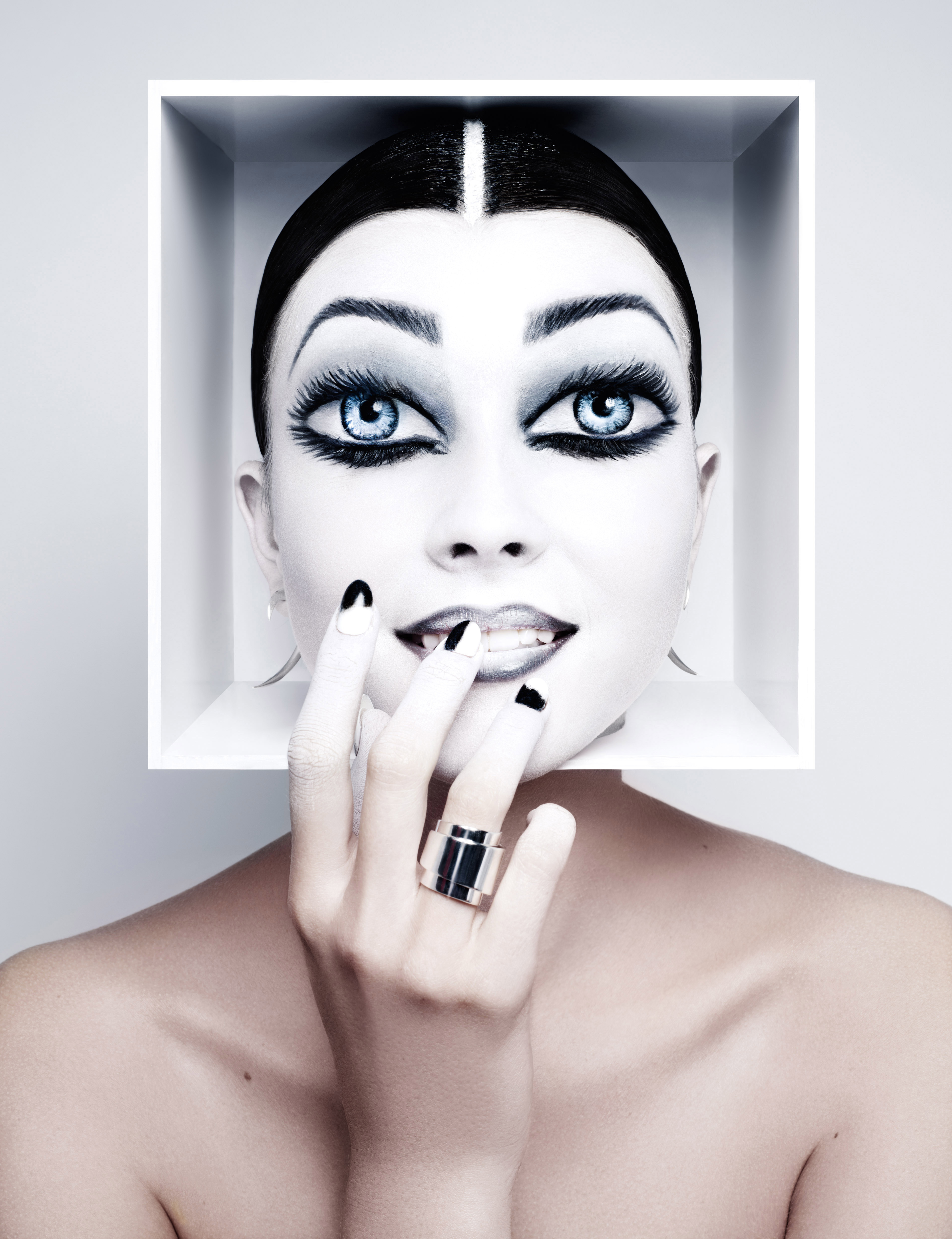 Are some people easier to photograph than others? Do you ever face stylistic/creative clashes with your famous subjects, or do they usually trust your vision?

That’s a good question. It’s hard to say – it would be a lie to say ‘no’ and say everybody loves me and takes my lead. But I think probably the majority of people will do that.

Over time I just have become very aware of what people feel when they look at a picture. Because of digital, people can go and look at the image right away. I can pick up, I’ve almost got a sixth sense for what they’re feeling. That in itself is a very exciting thing.

Your photography covers many creative areas, from advertising and fashion to iconic portraits. What area is most satisfying to photograph?

It’s all satisfying, it’s all fantastic. I love my job. And every day I wake up with a smile on my face because I do something I love and very few people get the chance to work at this level and I’ve  kind of built a machine around me so I can do what I want every day. I can be a filmmaker, a photographer, I can be a graphic designer, an art director – it’s all there.

To be honest with you, you end up being a curator because your working with people that are better than you in those areas and its really kind of about your instincts about those things, trying to push people to do great work, and that’s what I really love. The art of it – remembering the art of it – the commerce of it is really important.

Because you’ve been in the industry for so long, is there anything you’d consider to be a lost art in the photography world?

I kind of feel like the negative [aspects are] gone for commercial photography. Shooting on film you have all the great creative collaborations with the team but then the final thing would be yours and you would look through the camera and there was that great magic, the alchemy of it.

Obviously with digital and with Instagram, everybody has an opinion…I’m pretty happy about that, on some level because I think it allows everybody to be a part of something…but of course I miss that kind of dictatorial and visionary thing, the alchemy, the mad scientist, the magic that the film had.

Waiting for it to be processed, or processing it yourself and seeing the ‘neg’…any of those things bring a whole other dimension to it and I do miss that, I think that photography misses it…but things move forward and photography is such a young, technology-based art form.

It’s not necessary to live in the past or to look back with rose-tinted specs, it’s much more interesting to see what you can do, where you can take it and how you can utilise the technology.

So if I was to do a film project, I would do it on the basis of not having that control, having that small amount of excitement [about not knowing] what you’re going to get. And that’s magic in itself. A friend said to me the other day “why don’t you do a Polaroid project where you take a load of Polaroids, and don’t open them, and send them to people?”

The act of opening them is a really exciting feeling in itself, and you feel like you’re part of something. So I think when things shift in technology it doesn’t mean that things get lost. I think they just get re-used in different ways. 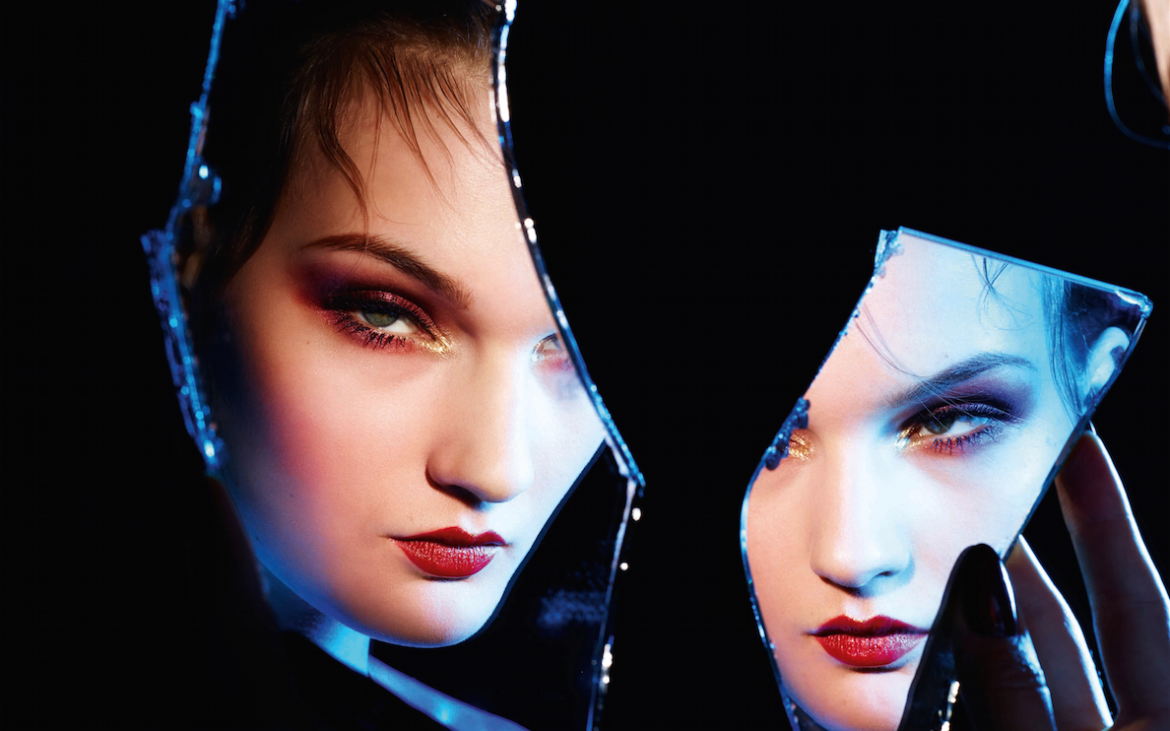 Andrew Gallimore by Rankin is the fourth installment in Rankin’s beauty book series and features a range of compelling portraiture charting British history through make-up. It publishes in December as a hardback book and is distributed in the UK by Boutique Mags, priced £40

How do you see your style evolving?

Its funny because I look back at what I’ve done and I don’t really see it evolving, more than me learning technically how to use things in a different way. It all comes down to me being inquisitive. I’ve been inquisitive right from the beginning, I’m excited, I still get excited by the same things.

I’ve just done a book called Fuck You Rankin and lots of the images in there are like the stuff I used to do. Other people might see it, but I I’ve always seen my style to be very instinctive.

What did you take away from your time at London College of Communication?

I always thought that LCP [London College of Printing, as it was named then] was good because it taught me how to deal with the real world, because it was so tough then to get your images made.

It’s a good hardening experience for actually being out in the real world. There were a lot of hurdles you’d be put through to borrow equipment, etc. Everybody thinks that things should be handed to them on a plate. Actually, they should work very hard for them.

Do you have any advice for aspiring photographers at UAL?

I suppose that advice spans across all fields, really.

Yeah, absolutely. But there are a lot of people who think you should think about it a lot more, or talk about it. There are a lot of people who talk about the way their work is going to be, and don’t produce shit. There’s no excuse now [in photography], there is no financial excuse not to. Digital makes things almost free to create. So start creating, you’ll learn more about yourself creating than just talking about it.