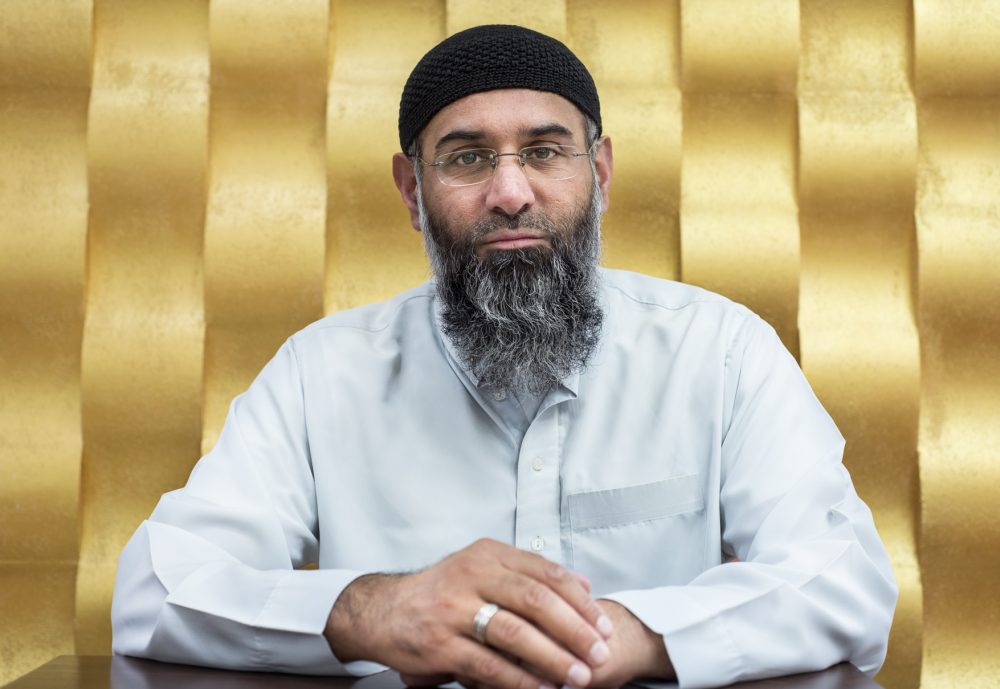 Excessive partying and failed exams used to be the extent of trouble a young Anjem Choudary found himself in.

These days, the man sat in front of me, slightly greying and well-accustomed to interviews, holds beliefs uncharacteristic of his younger self.

“In the Government’s eyes I’m the most dangerous man in Britain,” he opens. Responsible for the banned Islamic terrorist groups Islam4UK and Al-Muhajiroun, this South Londoner has been accused of radicalising British Muslims and encouraging terrorist attacks on home soil.

Allegedly the loudest supporter of terrorist group IS in the western world, Choudary is fully aware he provides shock factor.

Convinced the Islamic law system Sharia will be the law of Britain one day, Choudary believes he shares similar views to most Muslims. With a recent report from Ofsted finding extremist teachings in East London schools, we ask him about Islamic extremism in Britain. 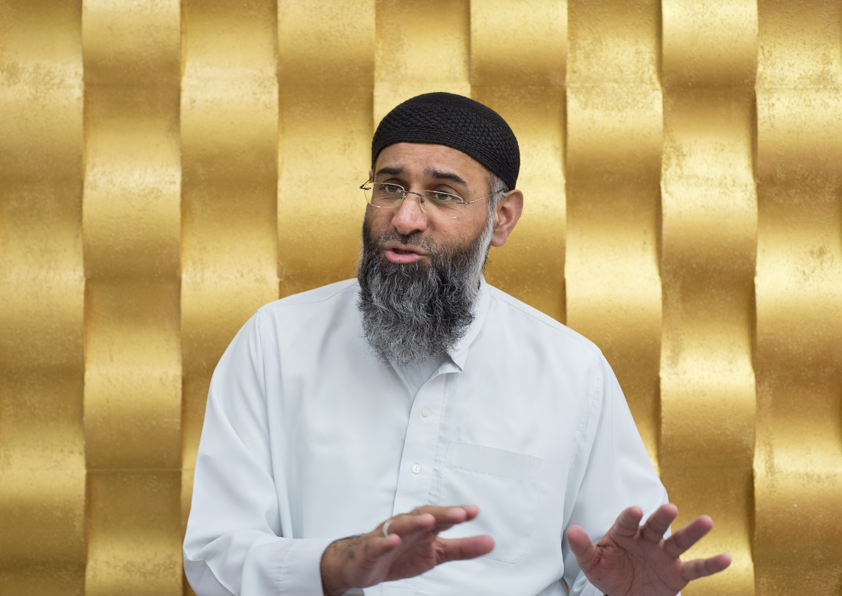 If the world were run according to your perfect vision, how would we be living?

I think that there are competing people in this world. Those people who believe that man has sovereignty, whether that manifests itself in a monarchy system or a republican system, or some other kind of secular system.

And those people who believe sovereignty and supremacy belong to God. By and large those are the Muslims. I fall into that category. I believe that the best law on this earth is the law of God. He created us and he knows better of how we should function.

We call for a better system, where people can live together as human beings with their life, their wealth, their honour protected. Getting the basic needs like food, clothing and shelter. Things that are basic resources like electricity, gas and water should be provided free of charge to all citizens.

Do you justify the terrorist attacks that have happened on British soil?

You know when you look at the word terrorism – which as a student it will be useful for you to do – you will find that it says it’s a use of violence against a community, or a section of a community for political purposes. So I think most people would apply that to what’s taking place in Afghanistan and Iraq; that is state terrorism. Inevitably, people defend themselves.

With every single one of the high profile terrorist attacks against Britain or America, the people who perpetrated those attacks actually said ‘we’re doing this because our words are not having any kind of residence, we’re writing with our blood.’

Those were the words of Mohammed Sidique Khan and Michael Adebolajo. He said our children and women are seeing this everyday in Afghanistan and other places. So there is a cause and effect scenario here.

Surely you can’t see killing people as progress. What do you think the next step forward is?

I think that’s an excellent question and rarely asked. I believe the best scenario for mankind is obviously to live under divine law. The one who created you knows better how you should function.

I do believe there is a conflict on every level today, ideologically, politically, economically and socially until one prevails. Now as a Muslim, I believe that divine law will prevail.

And definitely as a Muslim as well, who believes that God created us for a purpose and that the divine law is much better. We can live peacefully under Sharia, under the divine law of God. That is the perfect system.

What do you think about the IS beheadings?

There are two types of violence. There is violence that is pro-life. For example, a doctor deciding to do a caesarean operation, and there is violence which is against life, like an abortion. Although it may look like violence, there could be some people who are trying to avoid mass casualties by trying to terrorise the enemy – to make them go away.

I believe these beheadings and this very open and very terrorising scenario that we see at the current time in Syria and Iraq is intended to stop the war. To say ‘look, don’t come over here because there will be more of the same,’ is a war tactic. In Islam, when you carry out an execution or a penal code you do it in the public arena.

You don’t have your passport at the moment. Why don’t you tell us about that…

If you give me my passport I will go to the Islamic State and I will live there with my children. I’m not going to engage in terrorism. I’ll engage with the Muslims there. I’ll bring up my children according to the Sharia.

I can do a press conference at Heathrow Airport and you’ll be rid of me. But it seems the British government wants to keep me here, so that one day I can enforce Sharia law here, hopefully.

Would you encourage other people to go over there?

I don’t think I need to ask people to go abroad. I think people know what the reality is and I think the government made it absolutely clear that we’re at war with Islam and Muslims. The government are pushing people into the arms of the Islamic State.

Would you say you have many supporters?

I have a huge amount of people who praise what I say. If I was to walk down Ilford Lane with you, people who I don’t know would come up to me and shake my hand. They know that what I say is the truth.

I think the majority of words used like; extremism, radicalisation, fundamentalism, terrorism – they don’t have the same meaning in your mind as they do in the minds of the Muslims.

What do you think of the current youth culture in London?

If you look at the youth in general, Muslims or non-Muslims, I do believe there is a big problem. People who don’t believe, don’t have any ambition. Crime is rampant, therefore there is a lot of thug culture.

Ultimately, I believe that the instincts and the desires of the youth are being exploited. They want to teach things like pornography and same-gender marriage in schools because that’s the nature of the society we live in.

People are looking for alternatives and I do believe that Islam is that alternative. Islam is the fastest growing ideology in the whole of the world, particularly in the western world. Particularly among young western women like yourself! They feel the only thing that can give them honour and dignity is by treating them like human beings.

Can you see Britain being under Sharia?

What I would say to you is, if you look at the narrations of the Prophet Mohammed, he said that Allah showed me the East is the East and the West is the West, and he saw the authority of his nation over the whole of it. This proves that one day, maybe in the near or distant future, Muslims will have authority and implement Sharia everywhere.