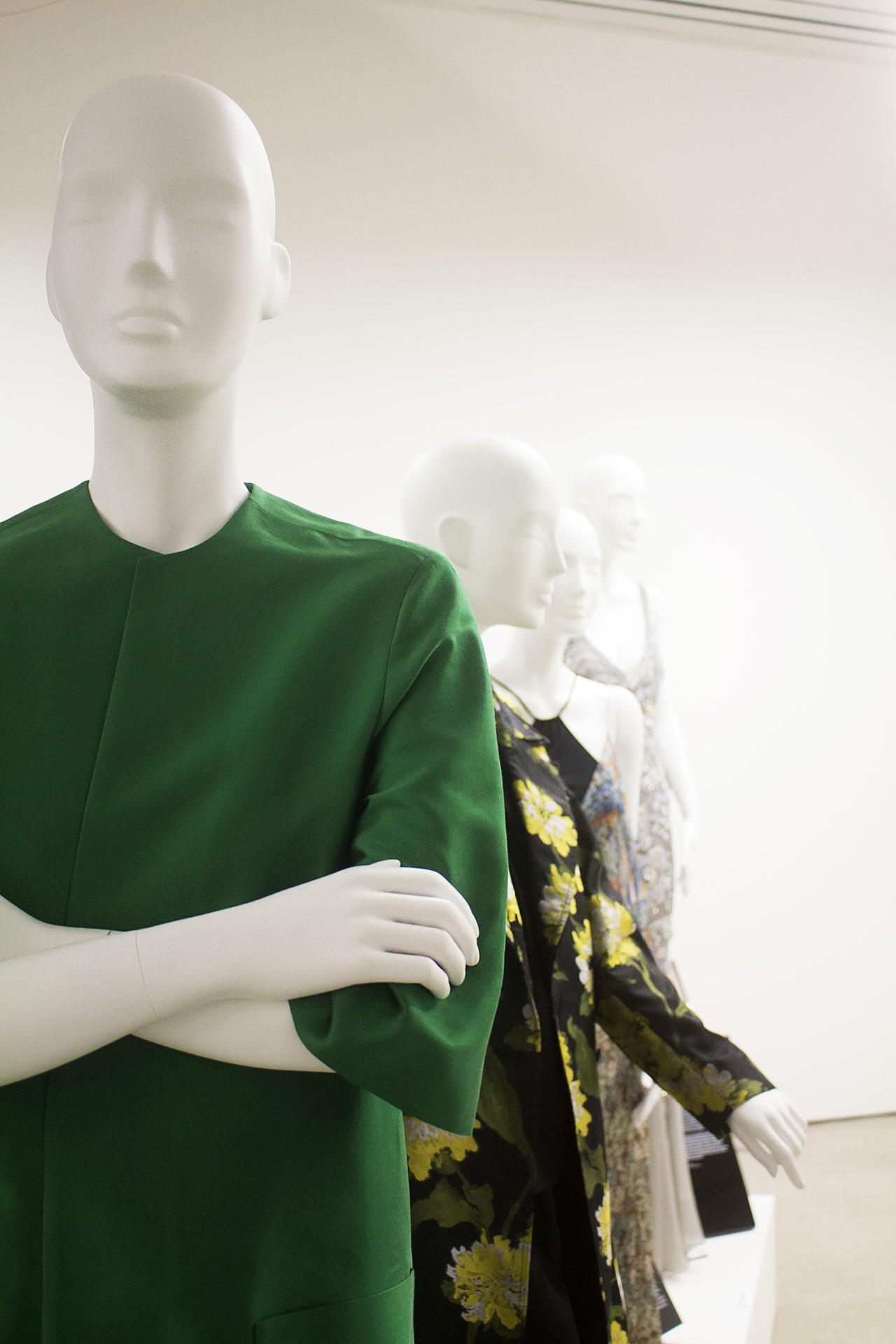 Throughout history, fashion has been a sign of wealth, status and power.

The Women Fashion Power exhibition, located at the Design Museum, covers 150 years of women’s clothing and delves into the minds of 26 high-profile women happy to go public with their thoughts on clothes.

The exhibition was designed by architect Zaha Hadid, the first woman to win the Pritzker Architecture Prize, and co-curated by fashion expert Colin McDowell and Donna Loveday of the Design Museum.

The exhibited clothing celebrates the success of women from different areas of culture, politics, business and fashion.

Hadid and McDowell began work on the exhibition ten months ago, which is spread over almost 6,500 square feet and divided into three main sections.

The first part of the exhibition is a small area of corsets displayed in glass boxes. Seeing how women felt the need to wear these rib-crushing items to feel ‘womanly’ was quite beyond me.

They would tighten the corsets until they felt close to collapsing and would then wear them for over eight hours a day.

They were considered a necessity and created a beautiful hourglass shape but it became apparent that they were quite a health risk, and slowly they became less popular.

There’s an analytic ‘corridor of power’ that identifies 16 of the most influential dressers in history, starting with Hatshepsut, the Egyptian queen who used elements of male dress to establish authority after her husband’s death.

There’s also a gallery of current power-players, who contribute a question and answer booklet about their chosen outfits.

Another part was a multimedia room, which uses a video of the voices of all the different women featured at the exhibition talking about how they became who they are and how fashion played a part in that.

Natalie Massenet, executive chairwoman of Net-a-Porter says, “it’s important to have your own style and your own take on things, otherwise it’s just clothes.”

Some of the more striking outfits presented included an iconic suit worn by Margaret Thatcher and one of Princess Diana’s long evening nightgowns.

Although at different ends of the style spectrum, they assert power in different ways: one is ‘power dressing’ and another is a sexy, feminine seductive outfit.

There’ll always be very different opinions on fashion and whether it really does create power.

Some will think the whole concept of Women Fashion Power is just silly and sexist, whereas others believe that fashion really is the way forward for women in all industries.