Welcome to the Age of L.U.N.A. 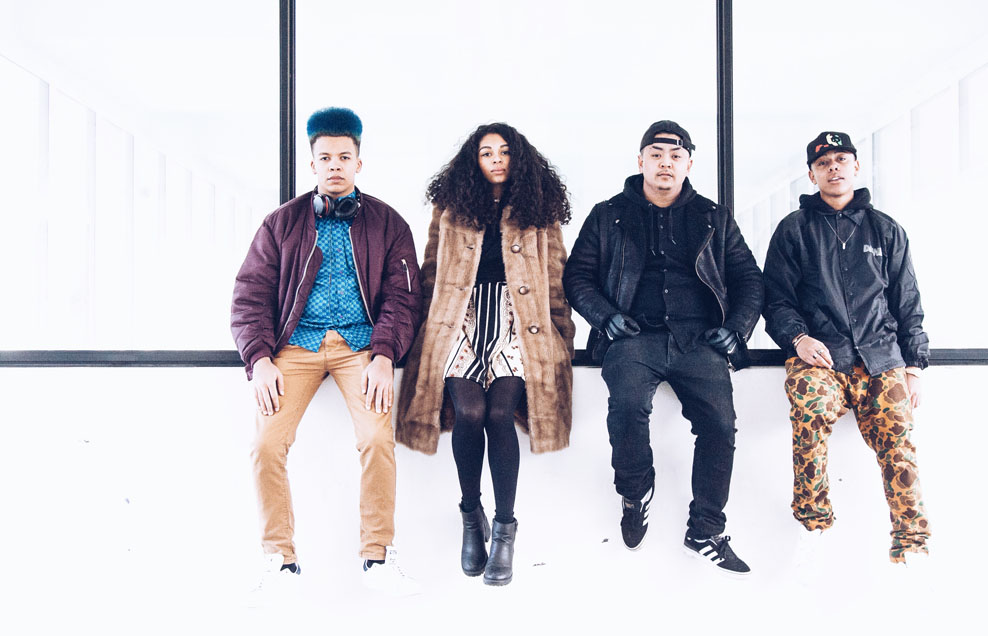 After taking the London music scene by storm and featuring on popular sites such as Vice and Clash last year, the Age of L.U.N.A. sat down with Artefact to discuss their influences, style and aspirations for 2015.

Consisting of singer Daniella, rappers Butch and Kyote and 16 year-old producer NK-OK, the group are gearing up to release their debut album with a music video for their latest song Six Feet Deep, set to be released on the 26 January on Clash Magazine.

How did you guys meet up and what inspired the name The Age of L.U.N.A.?

Kyote: It was late teen years, the rebellious years, the age of living under no authority years.

How would you describe your sound?

Your most recent release Indigo featured on several large sites, did you guys know the song would be so popular?

Kyote: Not at all, in fact popularity was never really thought about in the creative process. 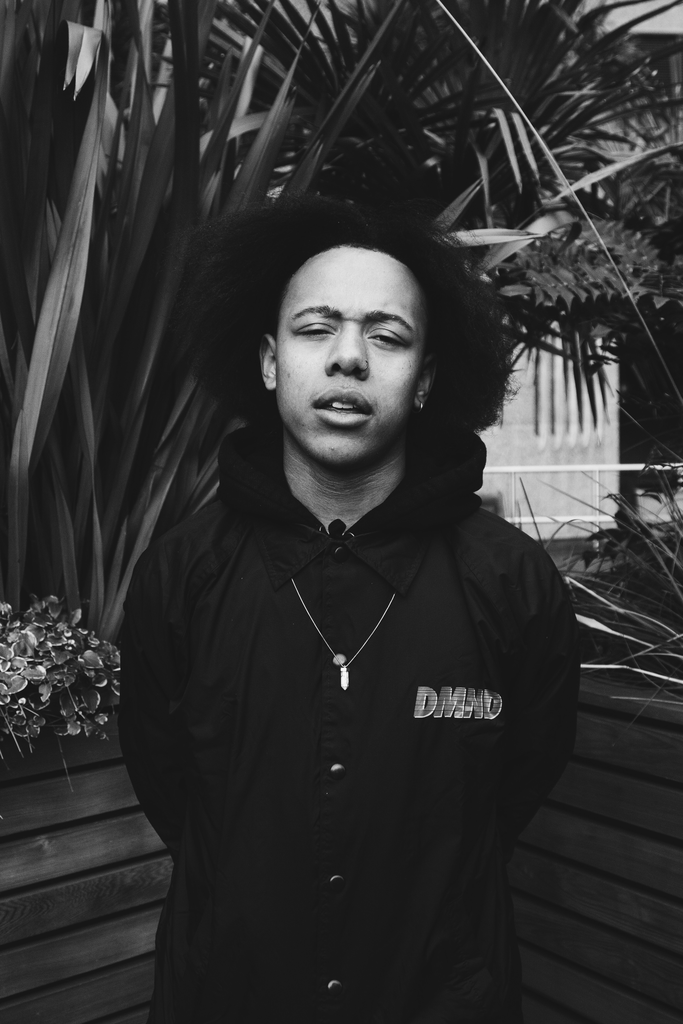 NK-OK: Honestly not really, at the time we were not really into it but after a while Noisey picked up on it then Clash and from there Clash Digital Records found us.

Daniella: This was the last song we thought would be important. We completely forgot about it but they really liked it, so it went ahead.

Butch: Completely the last song we have that we thought would bring any attention, we were shocked.

You are all stylish and very fashionable – what inspires your individual dress code and where do you guys shop?

Kyote: Culture! British culture, hip-hop culture, Japanese street culture. I don’t really have a particular place I shop, if I see something I like and it’s reasonable pricing then I’ll buy it.

Butch: London inspires my style, London has great style, and how I dress really says a lot about me.

NK-OK: I used to shop in charity shops and sometimes in Topman. Adidas sponsored me and the band – that’s really helped.

Daniella: Our clothing is not pre-planned or predetermined, it’s very natural; we come as we are to photo shoots and videos. Fashion is definitely a form of expression and something that can take up a lot of thought, what’s best is feeling comfortable and making sure it echoes with your tastes and character. I like charity shops, there are always great treasures and it’s like an adventure.

You’re quite an ethnically diverse group of musicians – where do you guys come from and how has that influenced your different styles?

Kyote: I’m half Nigerian and half Trinidadian. Culture is important to me, it has influenced me musically and in many different ways. Both my parents loved hip-hop and R&B as well as cultural musicians such as Fela Kuti, Bob Marley, and more. My dad also loved Prince and my mum loved ABBA, so my background has really influenced my style and moulded my love for music.

NK-OK: My Mother is English and my Dad is South African and Ghanaian, in our house there were a lot of different types of music – when I was young I went to school with the sounds of Miriam Makeba in my headphones and I am also a massive jazz fan now – this influences the sound a lot.

Butch: My family is from the Philippines. I listen to and I’m surrounded by old school and modern hip-hop, my Dad also brought me up around bands such as Tears for Fears and Pink Floyd.

Daniella: English, part Dutch and Bajan. At home there are always changes in genres which are good, it’s quite alternative. My family and I are on the same page with musical tastes, there’s always music playing. The Cranberries – Everybody Else Is Doing It, So Why Can’t We? has recently been on repeat by my mother. My love for bands and artists such as Coldplay, Radiohead, Smashing Pumpkins, Damien Rice, Sigur Rós all stem from my dad.

Most new acts focus on releasing an EP or Mixtape. What made you guys want to release an album?

Kyote: Our joint venture with Believe Digital is an album deal.

What’s the process of making a song?

NK-OK: So normally I’ll make a bunch of drum beats then show them to my keyboard player. He’ll pick a couple of them then put some chords around them, then he’ll add a bass and guitar line to it. When he finishes I’ll arrange the track, maybe make some of the melody slightly simpler or I’ll ask him to just add a bit more to what is playing. So yeah, that’s the production side.

Daniella: The concept is what we begin with after the instrumental; something we want to talk about or sometimes a random word even. We then relate that to ourselves and our lives as very different individuals and we put it into one piece. I usually begin with the chorus and that gives Butch and Kyote a template to work with for their verses.

Kyote: I sometimes dislike writing in the studio, it can get frustrating. I like sitting in the dark with the instrumental NK-OK sends us, I write the concept based on the name of the beat and it has a purifying effect on my mind. 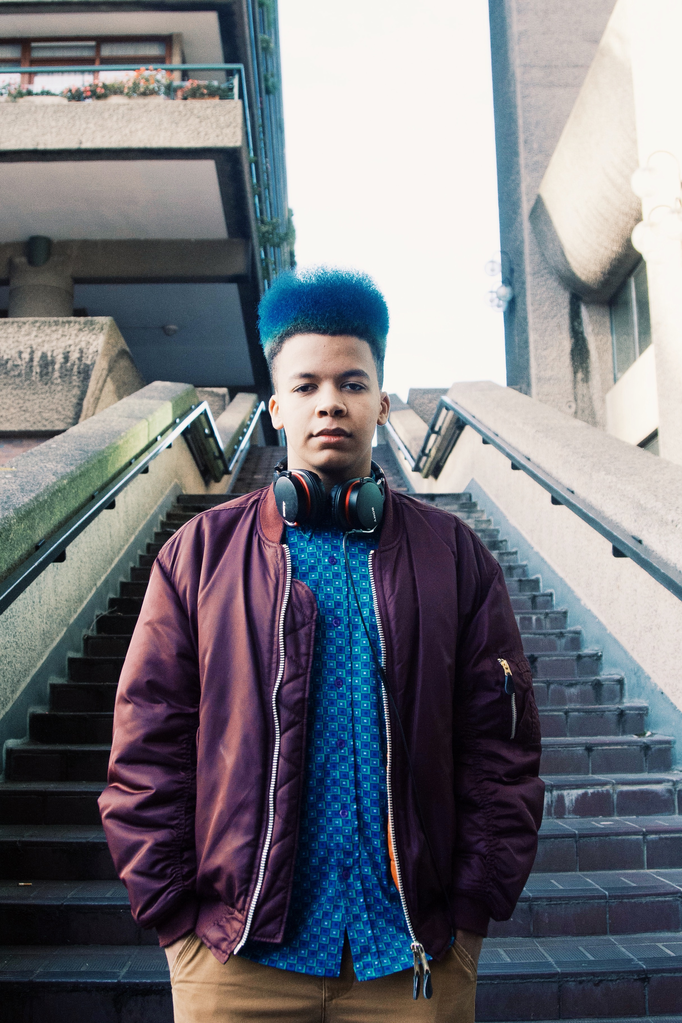 What is your favourite song that you guys have made?

Daniella: Six Feet Deep –  you can check it out here.

Memory Lane is quite in-depth and emotional, can we expect the rest of the album to have a similar tone?

Daniella: Actually no, I think the whole album is pretty diverse. There is hurt but there is also joy, love and happiness which inspire a brighter sound.

Is there a name for the new album?

NK-OK, you’re 16 and handle all the production and your sound is very old school. At what age did you start producing?

NK-OK: I was 13 but I was making more grime/Southbeat music. I was 14 when I started making old-school hip-hop.

What was it like going to the BBC Studios and being interviewed by DJ Semtex?

Kyote: Cosy, everyone in the radio department showed love! Semtex is the big homie!

What else are you guys up to?

NK-OK: Haha, I’m all about music all day.

Daniella: As far as we know an album, an EP, some visuals and live shows.