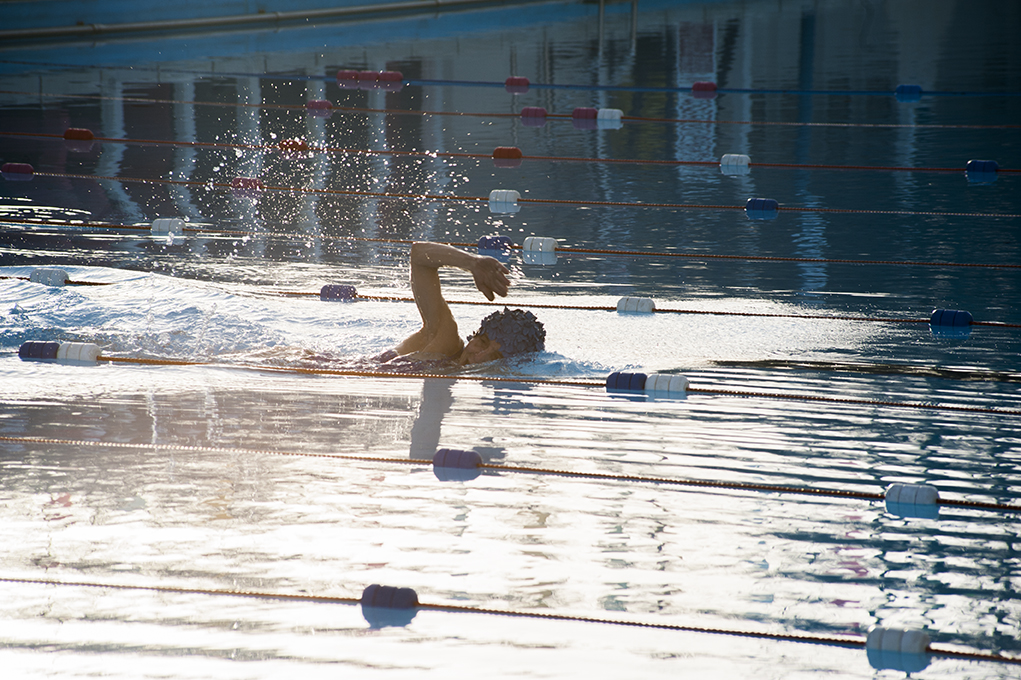 Swimmers from across Europe made their way to the sixth UK Cold Water Swimming Championships at Tooting Bec Lido last Saturday. The event was hosted by the South London Swimming Club (SLSC).

The day kicked off with qualifications in the freestyle discipline and was followed by head-up breaststroke and relay races. The tone of the event was competitive but the cold water was the number one challenge for most participants.

The pool is 91.5 metres long, making it the biggest open water swimming pool in the UK, however with temperatures close to freezing, the swimmers competed across the 30.3m width of the pool.

The event attracts people of all ages and from various countries across Europe such as Poland and Belgium who all dared to take part in the race in water which fluctuated between 1-3 degrees on the day.

Keiry Ohara, 27-years-old and a member of the SLSC, swims with the club on a weekly basis and took part in her first Championships last weekend. It was not the competition that she feared most but the water: “I swim very regularly in this pool but the cold water is a thing you just never get used to. That first contact with the water makes you shiver more than you ever will. I’m just gonna jump in there and swim my way to the other side of the pool as quickly as I can and warm myself in the jacuzzis afterwards.” 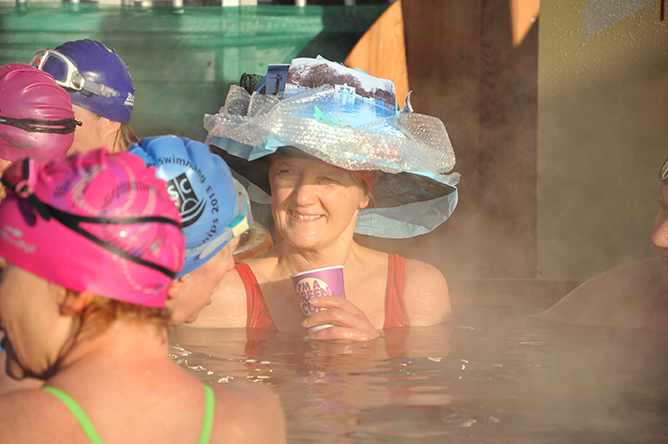 Unlike traditional swim meets, the swimmers are not allowed to dive into the water, instead they must start with their shoulders under water.

Sarah Taylor from King’s Lynn, Norfolk competed for the second time in the championships and specifically stopped by in London for the event on her way to a holiday in Spain: “I do lots and lots of swimming but I think you just have to be a bit mad to jump in the pool here. I wish I could just dive into the water and get it over with but ones you’re in there and get going, it’s fine and fun.”

The event concluded with the awards ceremony, featuring prizes for the fastest individual swimmers, fastest relay teams and best hat.

The pool opened in 1906 which makes it one of Britain’s oldest open air swimming pools. On various occasions it has been threatened with closure but now cold and open water swimming are rapidly gaining in popularity and more and more similar events are being added each year. Still, the sport relies  predominantly on volunteers.

Races are held every weekend at the Tooting Bec Lido, these are run by the SLSC and the majority of their members tried their luck in last weekend’s race. The pool is open for the general public from late May until the end of September. During the winter months the pool is exclusively open to members of the SLSC.

The first cold water swimming event was held nine years ago which eventually led to the World Championships of 2008 and the discipline eventually wants to fight for an Olympic place.

Behind the counter: South London’s offies