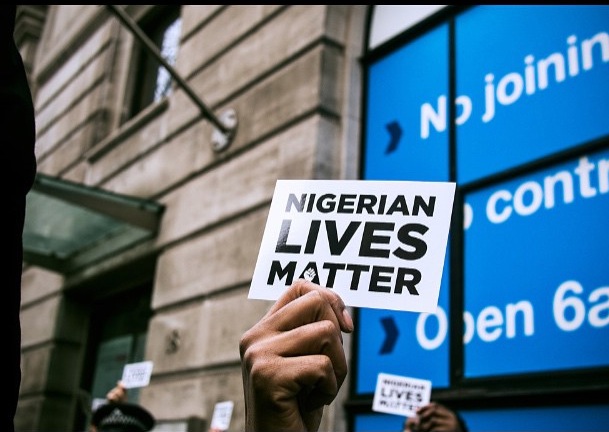 Hundreds of protesters have staged a demonstration outside the Nigerian High Commission to urge the British and Nigerian governments to take action against the massacres perpetrated by Boko Haram.

The extremist terrorist group, whose name translates as “Western education is forbidden”, launched an attack on the small city of Maiduguri, in the north east of Nigeria on the same day.

Hundreds are rumoured to have died after heavy gunfire and bomb attacks swamped the city.

Akin Davis Jr, co-organiser of the protest, said: “Part of the democratic process is that we rally, we come together on issues affecting the loss of life and communities, especially those who do not have a voice.  Also, I want the people of Baga (another Nigerian town attacked by Boko Haram in early January) and those regions that have been affected to know that people in the UK all came together to rally to try and give them a voice.”

Davis said that the aim of protests is to “put pressure on the electorate in regards to issuing a response and doing something about it” and show solidarity for the affected population.

When asked about the lack of coverage by the British media, he commented: “I’m more concerned with the lack of coverage by the Nigerian media, because I think it’s a knock-on affect: if the Nigerian press don’t cover it, you can’t expect the British media to cover it. There is no military presence and by default the press are not going to an area that’s not safe. Ultimately it’s a duty of care: any loss of life no matter whether Nigerian or not is equally important’.