NASA’s on a mission to Jupiter’s moon Europa 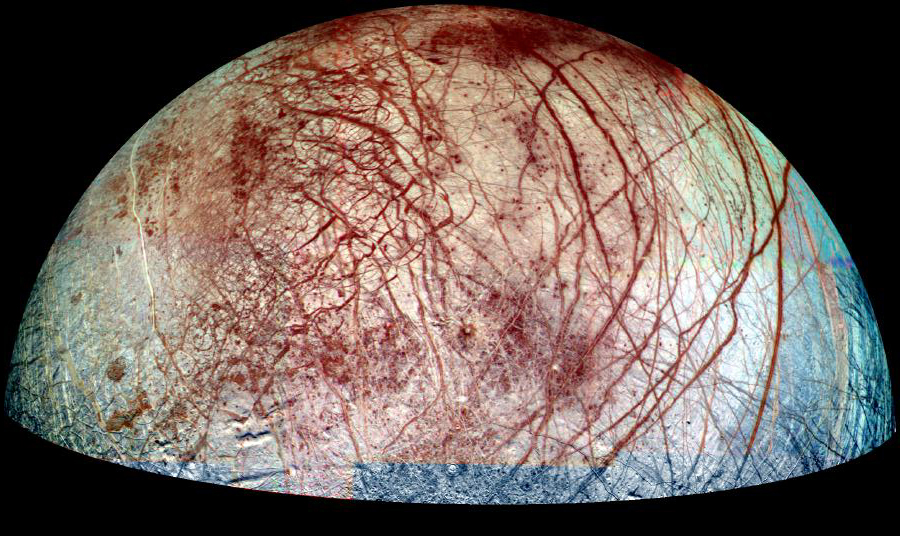 The US space agency NASA is a large step closer to organising a mission to one of Jupiter’s moons, Europa, after 15 years of conceptualising the robotic mission.

NASA’s chief financial officer David Radzanowski explained in a conference call that “the current funding profile would assume a launch in the mid-2020s”.

The Europa Clipper project is planning for a spacecraft to orbit Jupiter over three years and fly over Europa’s surface at least 45 times during its quest. This will allow NASA to investigate the possibility of water under the moon’s thick ice crust. Evidence of water would make Europa a strong candidate for containing alien life.

Europa could be hiding three times more water than Earth and because of favourable ocean pressures biology could evolve.

However scientists at NASA’s Jet Propulsion Laboratory (JPL) quickly stated that the concept will not be a life-hunting mission.

“The way we framed the Europa mission science objectives is not to specifically look for life, but to understand habitability, the ingredients for life,” said astrobiologist Kevin Hand, JPL’s deputy chief scientist for solar system exploration, at a media event on February 2, 2015.

Europa possibly contains vents in its icy crust which expel water into space, similarly to Saturn’s moon Enceladus. These expulsions would leave evidence of salts and minerals for the flyby spacecraft to collect and analyse.

(Is There) Life on Mars?