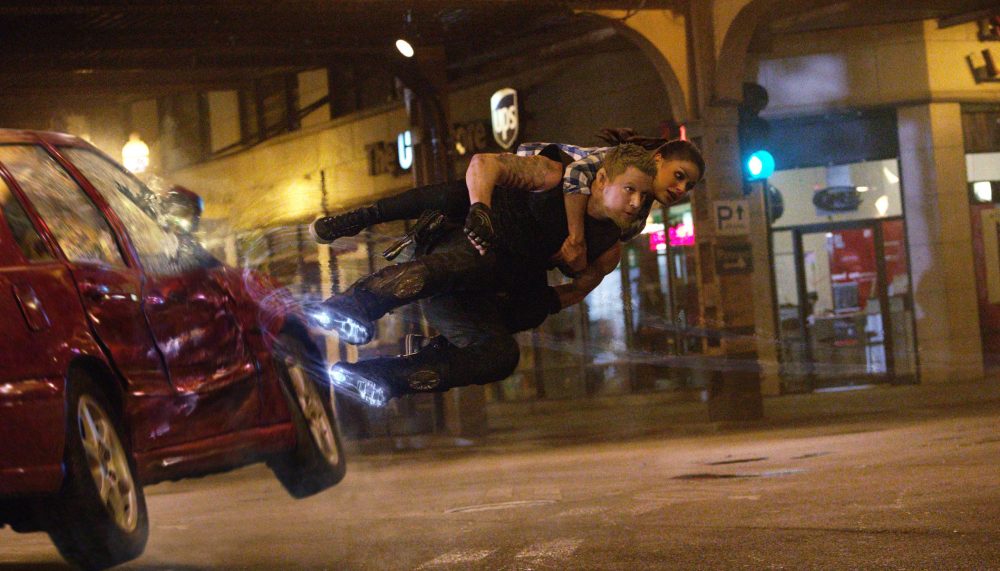 When I first heard about the Wachowskis creating a new original science-fiction film Jupiter Ascending, I was excited.

Being a fan of The Matrix franchise, I was curious to see what new intricate concept filmmakers Lana and Andy Wachowski would bring for us this time. Upon watching the trailer I became a little sceptical; but I was still curious about watching the whole thing, hoping I’d be wrong about my hasty judgment.

Sadly, my scepticism blossomed into firm assurance that Jupiter Ascending is a complete waste of time.

Her life is turned upside-down when she is hunted by ex-military tracker Caine Wise (Tatum) and is made to realise that she plays a much bigger role in the universe than simply a girl who cleans rich folks’ homes for a living. 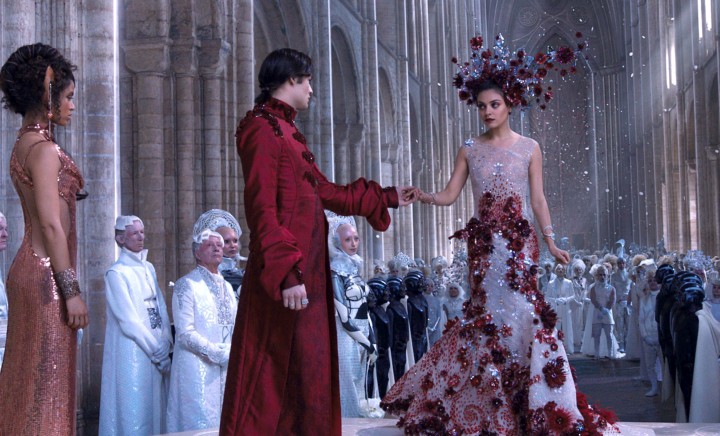 The film kicks off with a promising start and continues to enthral you for the first 30 minutes or so. An exciting scene involving Wise fighting off a fleet of aliens, winding in and out of the Chicago skyline in a ridiculously cool action sequence will keep your eyes glued to the screen. Wise’s anti-gravity boots are one of the coolest features in the film and would make any science-fiction/action nerd totally giddy with excitement. The score by composer Michael Giacchino (Up, Star Trek) harmonises perfectly with this high-energy scene. However, the fun doesn’t last for too long.

What follows the excitement are endless scenes of childish squabbling over politics. Balem, Titus and Kalique Abrasax (Redmayne, Booth and Tuppence Middleton respectively) are heirs to the throne of the universe. Each sibling, although very different to each other, demonstrate the lengths of their greed.

Those familiar with games like Mass Effect and films like Star Wars will understand that intergalactic communities tend to regard political issues with importance. In this case, the ownership of the Earth is contested by the Abrasax siblings. Redmayne’s portrayal of Balem is just sadly laughable and downright bizarre. Why is he putting on this terrible raspy voice? It’s difficult to tell; I was hoping someone would fetch the poor guy a glass of water.

Wise’s anti-gravity boots are one of the coolest features in the film and would make any science-fiction/action nerd totally giddy with excitement.

It’s disheartening to see actors Eddie Redmayne and Channing Tatum in Jupiter Ascending following their amazing performances in their Oscar-nominated films, The Theory of Everything and Foxcatcher.

To be fair, Jupiter Ascending could’ve been a marvellous sci-fi hit but it was overtaken with messy and incoherent editing. What let it down the most was poor dialogue. There were times when it was so cheesy it had people chuckling away in the cinema. Of course, science-fiction is allowed to be silly but it needs to poke fun at its own silliness and parody the sci-fi genre – which it did not.

The character development is awfully poor. Jupiter Jones starts off as what seems a strong character but peaks too early. The Wachowskis had the perfect opportunity to create and cultivate an incredible, strong female protagonist but unfortunately Jupiter only limits herself to excessive sass and the occasional joke. She is happy to surrender herself and everything that means anything to her for something she barely understands. For a woman who has had the struggle of growing up without a father– a topic that is barely touched upon– and has had to work exceptionally hard for a living, Jupiter comes off as a very one-dimensional character.

On the surface, Jupiter Ascending has everything a science-fiction could possibly have; intricate world designs, gripping action scenes, deep political history and incentive for justice. Naturally, people are going to compare the film to The Matrix but the films are worlds apart, even within the sci-fi genre itself. Jupiter Ascending is still enjoyable to watch but may leave you fidgeting in your seat for two hours.