Daring to be different with a digital detox

After leaving my phone at home for five days, I realised that people are obsessed with their phones.

Everywhere you go, people are scrolling through their Instagram feed, checking if their favourite celebrity has tweeted or watching the latest music video on YouTube.

A man in Australia famously fell off the end of a pier because he couldn’t take his eyes off his phone.

I am a self-confessed mobile phone addict. If I don’t have my iPhone in my hand at all times, I feel anxious.

Without a WhatsApp group, I can’t remember what time to meet my friends, or where! Posting pictures of what I ate for dinner is a must and checking Buzzfeed for funny stories is my staple dessert.

Keeping my iPhone on me 24/7 is not only necessary to get me through my day but it also makes me feel safe.

Luckily, it isn’t possible to forget my phone when I go to university because it never leaves my side. I’m aware that my behaviour is slightly crazy, but it cannot be denied that this is the norm nowadays.

What seems even crazier is that it wasn’t long ago when people – somehow – survived without mobile phones and social networking. People travelled around London without an app, they went out for food without Googling reviews, and posting a selfie was not the first point of call on a night out.

I’ve been wondering, in the digital age, can we actually still enjoy our lives by going without having a gadget in our pocket? I decided to try it out by myself.[divider type=”thin”]

[pullquote align=”right”]One in six Britons look at their phones around 50 times per day.[/pullquote]The term digital detox emerged around two years ago, primarily used by a growing number of travel companies to promote holiday products, such as a 10-day retreat camp in the country, that encourages travellers to break free from the deluge of technology.

I planned to do something close to a digital detox, but not exactly the same. I struggled a lot to find an appropriate time for this experiment as a student journalist who has to keep my restless eyeballs on news updates every minute.

At the same time, it occurred to me that going device-free in its original context should not be a synonym for a relaxing holiday, but an adapted attitude to using technology minimally but effectively.

Hence, I decided to just go with the flow and make this experiment happen in the middle of a very packed week. For five days I put down my iPhone, whilst attempting not to cancel any of my work and plans.

Apart from leaving my phone at home for five days, I also stopped using social media on all other devices.[divider type=”thin”]

My five-days on the digital detox were spent in uni, writing assignments for Artefact and hosting friends in London over the weekend.

Before this mini-experiment began, I expected the outcome to be like a rude awakening, I would reconnect with people and nature and get more chances to appreciate my surroundings.

I was partly correct. On the very first day, right after I deleted all the social media apps and switched off my phone, I panicked.

Every morning I wake up to the noisy iPhone alarm, then stay in bed to scroll through WhatsApp messages and all social media news feeds for 20 minutes before getting up.

Now, without my usual ‘morning exercise’, I felt a bit disoriented, not really knowing how to kick-off my day. In the UK, 11 million adults wake up looking at their phone for five minutes and they are regarded as “addicts”.

To help myself, I picked up the habit I gave up long ago – I took out my diary and wrote down a to-do list for the day. Without all my notifications reminding me what to do, I needed to have a full plan for the day.

Sometimes while travelling around, I felt insecure without Google Maps. I panicked about how to get to certain places if I was travelling on unfamiliar routes.

I realised it had become a habit to look up the route on the Citymapper app whenever I was heading somewhere. Travelling and coordinating routes, relying solely on the power of my brain, was harder than I thought.[divider type=”thin”] 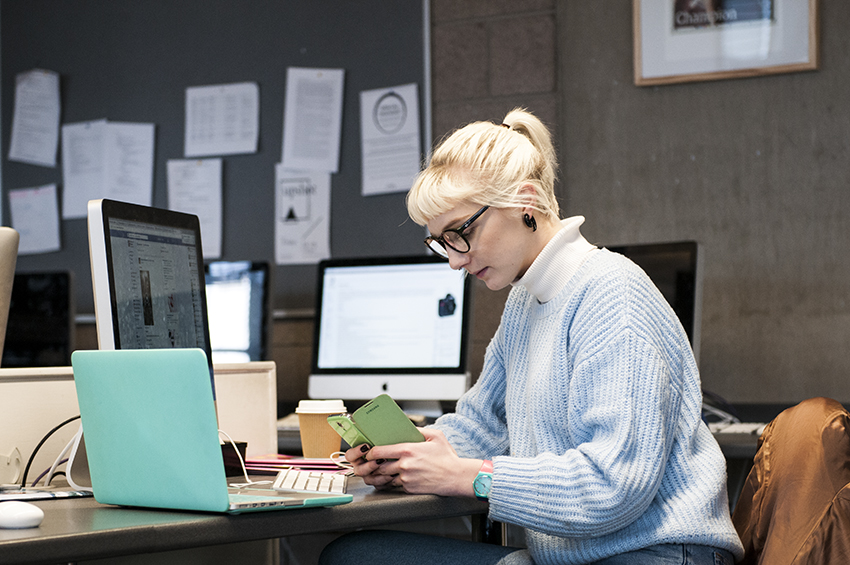 Another issue I encountered was meeting with people. I had arranged to meet friends a few weeks before starting the experiment, but suddenly I had no idea how to orchestrate the meeting without my phone.

Before embarking on my digital-free journey, I made sure they knew the exact time and place we had to meet and had them promise they wouldn’t cancel – otherwise I might have been waiting a long time!

On the third day I picked up a friend from Rotterdam at Liverpool Street Station. I told her to wait inside Starbucks, although I was the one who arrived first.

I understood there must’ve been delays so I ordered a drink and sat down to wait. Half an hour later, I sat sipping, waiting and began to worry.

I made sure I was placed at the most visible spot in the cafe whilst wondering what could reasonably explain her lateness: maybe her coach was stuck in traffic or she missed the bus and was taking the next one?

Soon it was an hour and a half since she was meant to arrive and I was anxiously looking up whenever someone walked in. I started to regret doing this stupid experiment.

[pullquote align=”right”]In the UK, 11 million adults wake up looking at their phone for five minutes and they are regarded as “addicts”.[/pullquote]When I was about to leave Starbucks to go and search for my friend around the station, she finally appeared. She had gone to another Starbucks on the upper level.

Despite the inconvenience on that day, I did find that the positive side of having to meet friends under a fixed plan was that they were more likely to arrive on time!

On the second day when I was meant to meet up an old friend, I made sure the time and place was specific enough, and notified him beforehand I would not have my mobile phone. It turned out he arrived earlier than I did out of fear we would miss each other.[divider type=”thin”]

During these five days, one result turned out to be particularly enjoyable; I read more books.

I was addicted to smartphones just like many Britons are. There was never idle time for me; because when I was idle, I was scrolling through news feeds again and again.

As I grew with this habit, I found myself owning less stuff. No longer did I feel the need for books, magazines and other toys. I also seldom touch my piano now. I just need my phone.

Consultancy firm Deloitte conducted an annual survey, Media Consumer 2014 : The Digital Divide, which revealed to us the nation’s media habits. It found that one in six Britons look at their phones around 50 times per day. Just imagine how many ‘listicles’, silly videos and fake images we actually read every day?

As I started reading more books, my mind refreshed and I felt as if I had been floating in the virtual world for too long.

I was quite surprised that I managed to survive through the five day digital detox, and now that I have resumed using my phone again, I do so more thoughtfully. In retrospect, perhaps inconvenience, boredom and anxiety outweighed the meditational freedom I enjoyed.

But what the negative experiences imply is not that having a phone enriches my life; instead, it highlighted how reliant I had become on a little electronic device.[divider type=”thin”]

Digital detox is not an occasional activity to indulge in, it is a means to revive our human mind. In its core, it’s to restore your independency.

As the end of my little tech-free journey, my conclusion is that we need to rethink our relationship with the digital devices. Ask yourself; who controls your life? Is it you, or your phone?

I didn't buy a phone, I bought time

By Anastasia Turkina
12 Mins read
Artefact writer says goodbye to her iPhone and hello to her Nokia for one week as she explores the effect of the time we spend on our phones.
Life

By Irene Chirita
11 Mins read
On the first southbound Northern Line train of the day, Romanian workers share their aspirations for a future in the UK.
Technology

By Ryan Macklin
3 Mins read
Apple have done away with the trusty headphone jack in their latest smartphones, we debate whether this is a help or a hindrance.