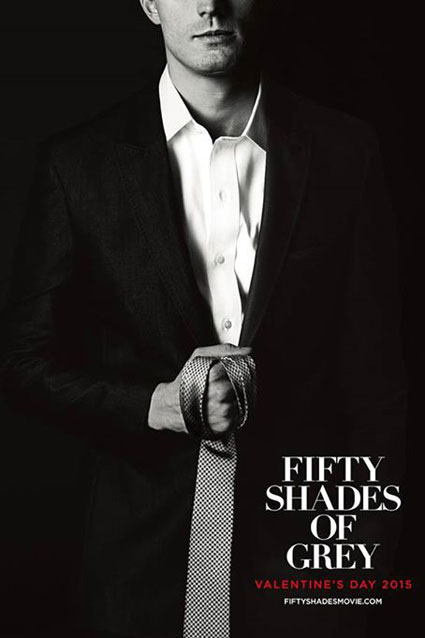 Curiosity, fanaticism, mockery; those who watched Fifty Shades of Grey had countless excuses tucked away as they queued up to get in to the cinema. My motivation was curiosity, I’d trudged through the first two books, so there was no way I was letting all that time and effort go to waste.

What’s meant to ensue is a sexually-charged visual tango between the virginal Steele and the enigmatic Grey; what really happened was an overly-choreographed exchange between two actors who clearly did not like each other.

I was in a theatre with about 150 other people and the bursts of laughter whenever a wide-eyed Anastasia dramatically surrendered herself to Christian revealed the film’s failed efforts to reach its audience on an emotional level. In retrospect, the laughter was either giggling or a form of silent cringing and smirking.

I place emphasis on the word surrender and I’ll explain why. In the books, Anastasia constantly refers to her developing sexy alter-ego as an “inner goddess” who smiles, chuckles and coaxes Christian to his knees, but there was no such conveyance from Johnson on that front, hence her “surrender”.

Interestingly, Dornan’s depiction of a deeply-afflicted yet somewhat robotic magnate rings true in occasional glimpses, especially in the film’s explicit spanking finale, but is otherwise apathetic.

The sex scenes in the movie were globally expected to be fiery, however the issue of excessive choreography sadly takes away from the potential fun, yet intense, spank-fest the world had patiently waited to witness.

Unsurprisingly, the film is rated 18 in the UK, and it has a less-restrictive ‘R’ in the States. However in France, where it was rated 12 to my surprise, clearly the overexposure of skin wasn’t as much of an issue. Harry Potter on the other hand is rated 15 there, due to its reference to witchcraft.

Thankfully, 50 Shades does have its salvageable aspects.

With musical powerhouse Danny Elfman on board, those who couldn’t get a sense of Anastasia’s emotions during the film certainly felt her infatuation, inner-conflict and grief through the dark score aptly titled, Did That Hurt? Annie Lennox, Beyoncé, Ellie Goulding and The Weeknd’s collective contribution of breathy songs accentuated with heavy bass notes add a substantial amount of thrill to an emotionally stunted film.

Another key saviour for the movie is the supporting cast: Eloise Mumford, Jennifer Ehle, Marcia Gay Harden and Max Martini each provide a refreshing and relaxing break from the artlessness of Dornan and Johnson’s interactions.

Weirdly enough, Fifty Shades is dominating worldwide theatres, but with movies like Twilight being blockbusters, it’s not that surprising. The slew of parodies, like this Funny or Die skit featuring Selena Gomez, has certainly added more interest to what most consider an unqualified success.

Even with a 4.1/10 rating on IMDb, the movie has made over $400 million so far. With just $40 million invested in the production of the film, Universal Pictures are the ones laughing all the way to the bank – and back – for two more sequels. Oh, joy.