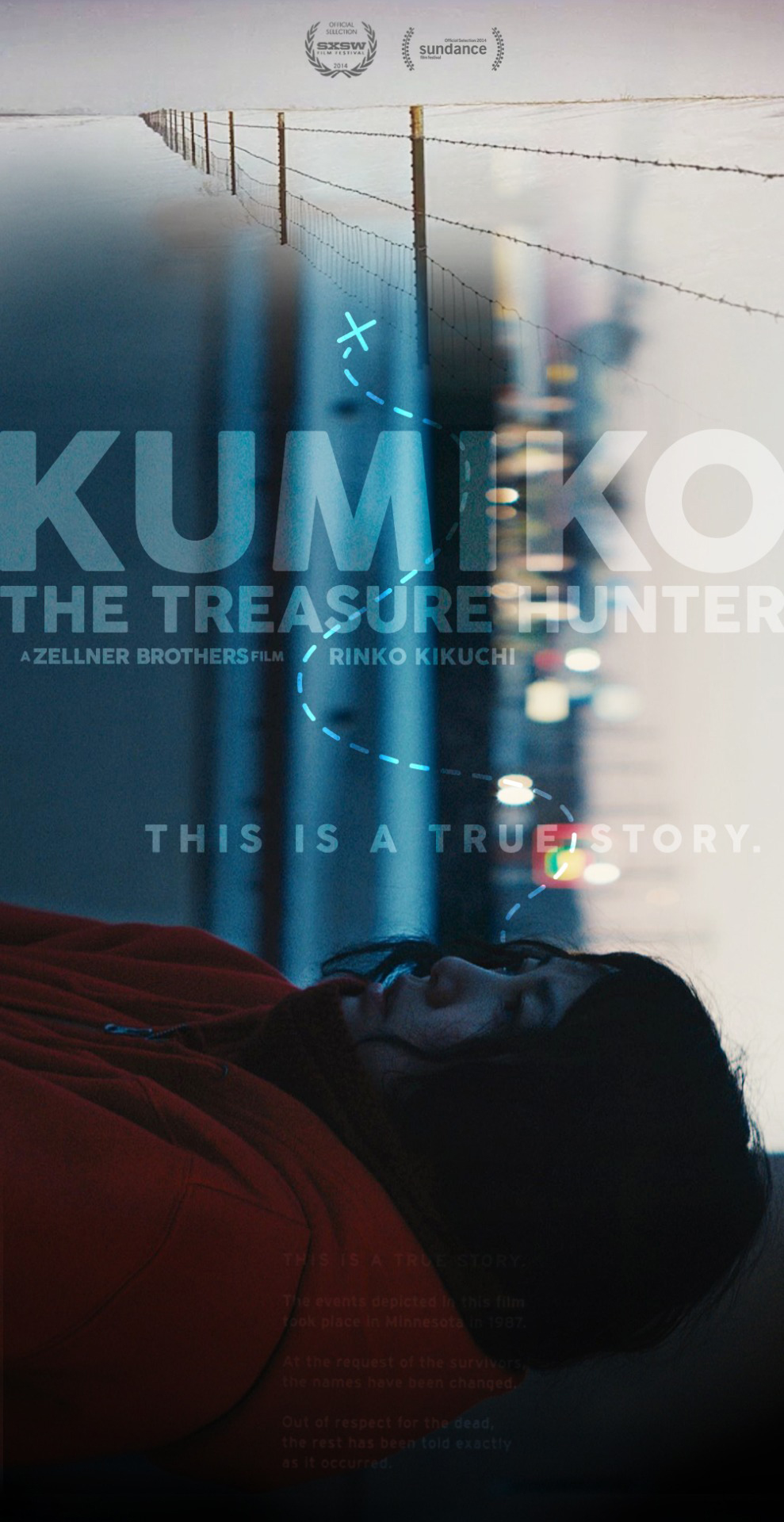 This is the story of a young Japanese girl in search of a fictional treasure, but this isn’t a fairytale or a twisted animation like the plot might suggest.

Rinko Kikuchi plays Kumiko, an office lady in Tokyo who is obsessed with the treasure that Steve Buscemi’s character hides in the 1996 classic.

Addicted to watching that scene on her VHS, she decides to head to Minnesota in the middle of winter seeking her hidden fortune.

Her obsession takes her to homespun middle-America, leaving her in some bizarre situations.

Battling culture shocks, Kumiko jumps out of a window after eating casseroles, then tries to fondle a married deputy sheriff in a thrift store.

Despite the comical outbursts, her alienated and loner character ends up becoming dangerously obsessed with the fictional treasure. Using motel blankets as a poncho, she becomes a local celebrity trekking down highways.

Her addiction ultimately plunges Kumiko to her fate, refusing to believe Fargo was just a movie. The Zellners were inspired by the urban legend of Takako Konishi, a young Japanese women who died in a snow field in Minnesota in 2001.

The pair decided to film the legend instead of the real story, possibly because the urban legend story was a more engaging adaption.

Kumiko, The Treasure Hunter is undoubtedly the brothers’ biggest and most impressive production to date.

The film is dark, endearing, sharp, full of fixation and isolation. This film should push the talented brothers towards the Hollywood elite after delivering a masterly adoption of a neurotic urban treasure hunter.