In conversation with| Edd Li 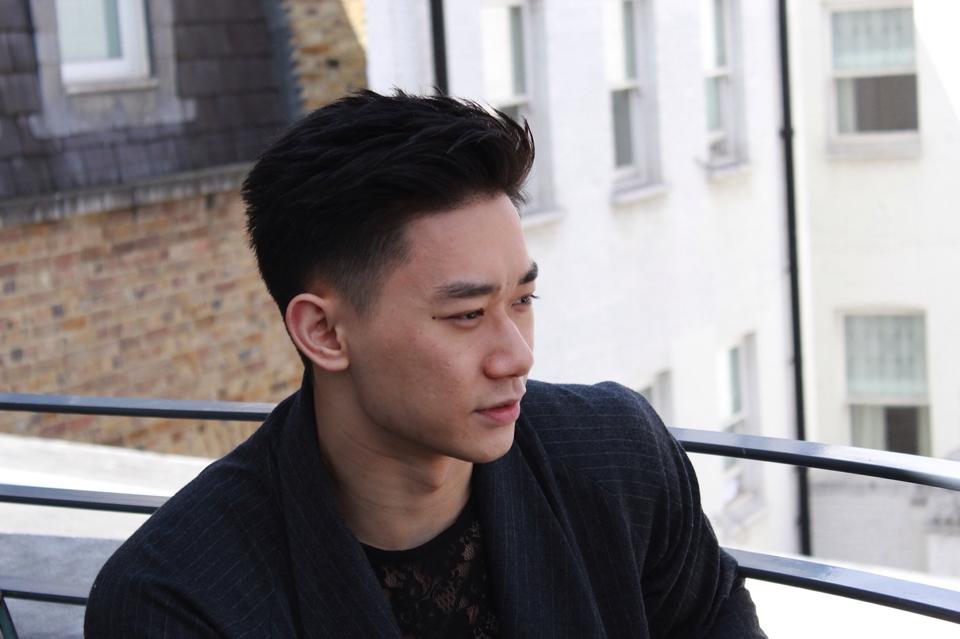 On the surface, Edd Li is your typical 23 year-old. Dressed smart but casual, in Nike and Uniqlo, he appears relaxed and confident when we meet.

Hailing from North London, he currently studies Dentistry at King’s College, London, and tells me he’s aiming to settle into this field in the future. However, Li is not your run-of-the-mill student, he is also the founder of the up-and-coming independent streetwear fashion label, Victate.

Created in 2009 – whilst Li was still a sixth form student – Victate has been seen on icons such as Roberto Cavalli, Big Sean, Example and Labrinth, and his designs are popular with teenagers and students alike.

In what category of style would you place your garments?

At first it was very much streetwear, very… very US urban street wear. Slowly, as I learnt more, the aesthetics of it keep changing as I’ve changed. I’ve been trying to play with different items. Each season, I’ll release something that I haven’t released before, to try and establish new connections with a different manufacturer or tailor. I think a lot of people will put my creations under streetwear or street-sportswear, whereas for me, it’s shifting rapidly behind the scenes.

What inspired you to name your brand, Victate?

It started from a project back in sixth form, when I was eighteen. There were two guys in the year below me and they wanted to create their own menswear collection. I was helping them brainstorm ideas to find a name for their brand. About a month later, we were combining words together and one morning I got to the letter ‘V’ and I ended up combining the word ‘victorious’ and ‘dictation’. I really liked how it looked and straight away had an idea for the logo. I sketched it and showed the guys. One of them liked it, but the other was unsure and had another name he preferred. So I left it at that, but the name Victate played on my mind, so I thought I would just try to start the brand myself. 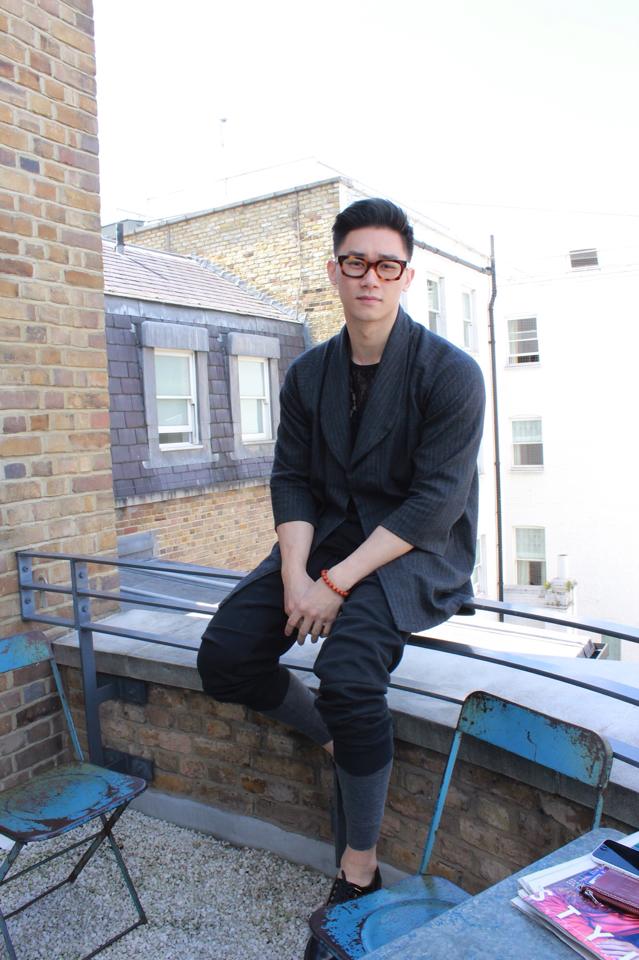 Where do you get inspiration for your collections?

I’ve been creating products that I feel is missing from my wardrobe. I’ll develop something that will fit the niche that I want. In a way, I guess it’s a bit selfish in that I’ll create things that I want. Although, I do hope my visions and designs are things that others would also appreciate.

What’s interesting is, as I change what I like, my aesthetics change and the products that I develop also keep transforming. You can see my approach is more product design as opposed to fashion design. My designs aren’t really art. I’m not a couture designer. Although those skills are amazing, I don’t think I work that way and I don’t have any intention of making those sorts of things. I think my aesthetic tapers more towards a consciously reduced design.

So, like minimalism, in a way, but more for day-to-day wear, silhouette and function adding to the aesthetics. I don’t like the idea of making something functional but fucking ugly, which a lot of things are, or making it look great but uncomfortable. For me, designing is a way to solve these issues in my own way.

Were there any difficulties in building your brand, and if so, what were they?

Sometimes you make mistakes with your designs. This is one of the things that I recently made [Opens his jacket to reveal a half-lace, half-cotton T-shirt] I realised that this design would probably only work in Asia, as western people have chest hair. Unless they wax, which not all of them are willing to do. So that was a mistake on my part.

It looks good in photo shoots because all the models are fucking bare-naked anyway. Sewing, also, has been a bit of a challenge from the beginning, because you realise the fabrics have their own characteristics in the way they stretch, cut and sew together. 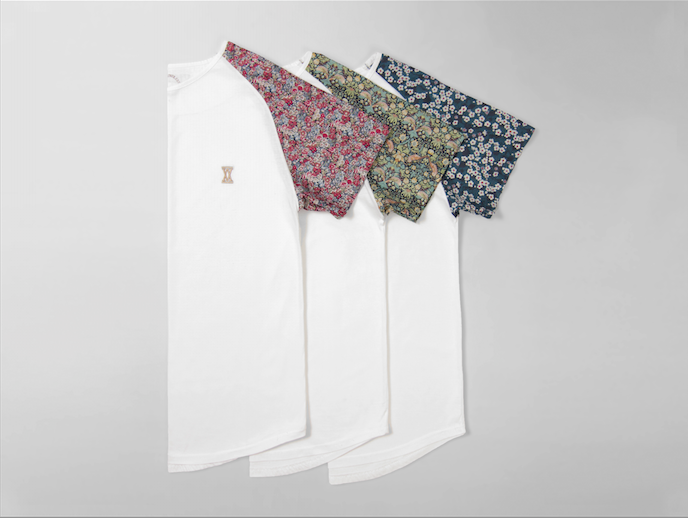 Who buys your clothing and what’s your target audience?

A lot of my audience is made up of teenagers aged from 15 to 16, who can’t afford it. This group generally buys small items and I have a few loyal customers. Then, I have the audience that does buy a lot of my things, and they tend to be in their mid-twenties. University students don’t have a lot of money, but we do have a disposable income because we don’t have families, we don’t have tax, we don’t have bills. That’s my core audience.

Are your designs primarily for men?

I advertise Victate as menswear but a lot of my customers are female. I have started creating extra-small sizes. Girls do buy my tops – I think they like it because of the androgynous fashion that is happening at the moment, the ‘oversize’ look. But, I do tend towards menswear because I’m selfish and, if I can make it, it means I can wear it. However, there are a lot of great things that I see on women that I wish men could wear – lace is one of the big things that I want to work with. I think, if executed properly, it can be very masculine. You need to be a bit brave to try it and once you wear it, I think men will realise it’s not that strange. It’s all about the execution and how you make it masculine enough for people to accept it. 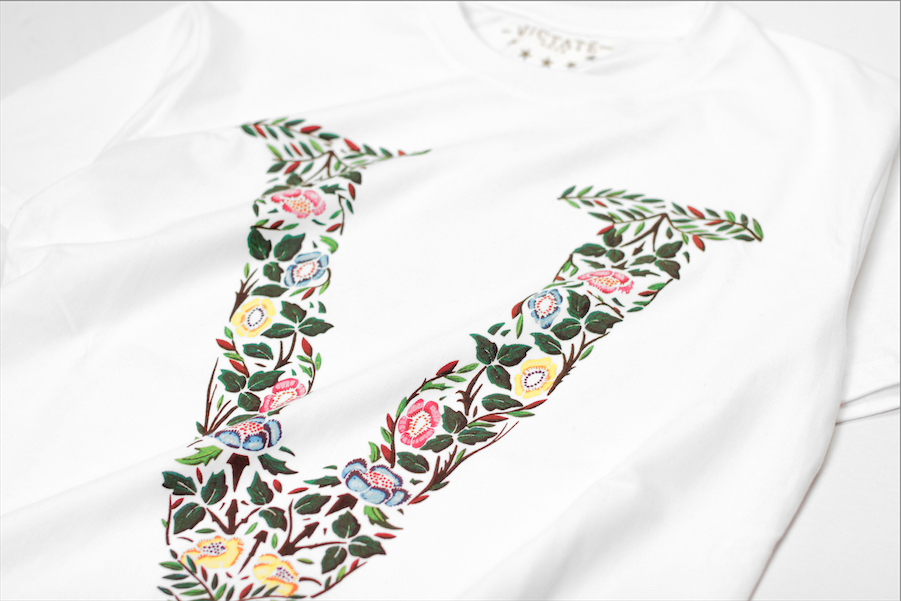 Would you call yourself a fashion designer?

No, I’m not very much of a fashion person, in terms of the generic image you get from ‘fashion cool kids’ who come out every fashion week wearing the most ridiculous things just for an ‘outfit of the day’ shot. I just enjoy the design process. I love making it and I love having the final piece when it’s made.

This brand is much like an extended hobby for me, that also happens to bring in a bit of pocket money. This means I’m not relying on it at the moment, and I can create freely. I’m not pressured to make a certain amount of things. I’m busy with university, so until I finish that, I’ll most likely work full time/part time dentistry. I can use that money to fund projects and run the business in the way I’d like to see it in the future.

Did you ever study fashion?

I’m a dential student. I studied dentistry straight after leaving sixth form. I had access to the fashion world, though. My mum did fashion, so it wasn’t foreign to me. I didn’t feel as if it was difficult to understand. [He pauses] I guess it just didn’t feel intimidating to try. I never thought I’d do fashion. I’ve always enjoyed being a consumer to it and curating my consumerism to what I want. You do get to a point, though, when you feel like, actually, there are some things you can’t find or I think every designer will think, I can do it better and then realise that sometimes, you can’t. But it is interesting to try and to learn how to create the clothes. I’ve never had any formal training, but I’ve had the chance to keep trying and learning different techniques in fashion. I approach the design much like product design as a whole. Right now, it is a hard balance to do both. A fun balance, but hard. 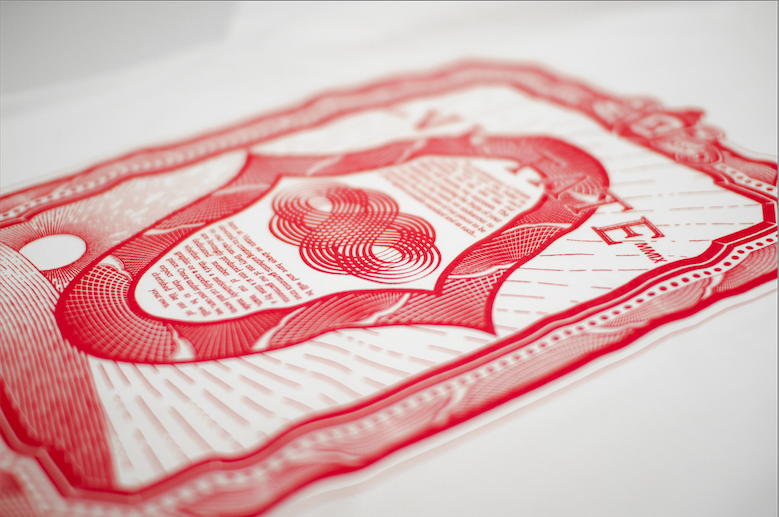 So, would you say that your mother was your greatest inspiration?

My upbringing would be a big part of it. I have a different aesthetic to my mum, though. She loves bright colours and has a very expressionistic vibe. I would say it was a natural progression. Step by step, as a kid being around what my mum does, I began to really like drawing and I also loved engineering, mechanics and car design. Clothing was just a great avenue for that mindset.

How would you like people to interpret your designs?

I personally think its fun doing both. I have passion in both areas. If I get tired of dentistry, I have a creative outlet that I can work on. I think that my OCD and keen eye for detail and proportions really help in dentistry as well as fashion.

All images courtesy of Edward Li